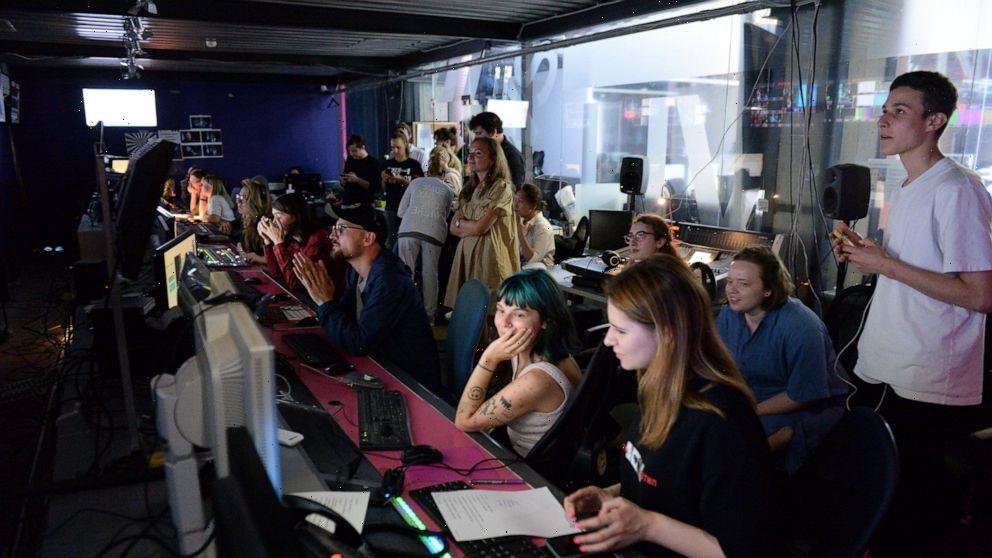 MOSCOW — Russian authorities on Friday designated a top independent TV channel as a “foreign agent,” intensifying pressure on critical media ahead of next month’s parliamentary election.

The Justice Ministry announced that the Dozhd (Rain) TV channel and the Vazhnye Istorii (Important Stories) investigative online outlet have been added to the list of “foreign agents,” along with seven of its journalists. The label implies closer government scrutiny and carries a strong pejorative connotation that could discourage potential viewers.

Dozhd’s head Natalya Sindeyeva denounced the move as unfair, saying the TV channel has been fully transparent about its funding and published its financial documents.

“It’s a silly decision,” Sindeyeva told The Associated Press. “We aren’t a foreign agent, we are a media outlet that has been working in Russia for 11 years and is known to everyone, including decision-makers.”

Dozhd has been sharply critical of Russian authorities’ crackdown on dissent and regularly carried live reports from opposition protests. It has extensively covered the poisoning and the imprisonment of Russian opposition leader Alexei Navalny and the criminal cases launched against his allies.

In June, the Kremlin purged Dozhd from the pool of journalists covering Putin, charging that it was supporting unsanctioned demonstrations during a wave of opposition protests earlier this year against Navalny’s arrest — an accusation the channel rejected.

Navalny, the most outspoken political foe of Russian President Vladimir Putin, fell ill on a domestic flight over Siberia on Aug. 20, 2020 and was flown for treatment to Germany, where officials determined that he was poisoned with a Soviet-designed nerve agent. He blamed the attack on the Kremlin, an accusation that Russian authorities reject.

Navalny was arrested in January upon returning to Moscow from Germany and handed a 2 1/2-year prison sentence in February for violating the terms of a suspended sentence from a 2014 embezzlement conviction that he dismissed as politically motivated.

In the following months, authorities unleashed a sweeping crackdown on Navalny’s groups and associates. In June, a court outlawed Navalny’s Foundation for Fighting Corruption and a network of his regional offices as extremist organizations. The verdict carried long prison terms for those associated with it and was widely seen as part of efforts to bar Kremlin critics from running in the Sept. 19 parliamentary election.

The Justice Ministry acted under a law that is used to designate as “foreign agents” non-governmental organizations and individuals who receive funding from abroad and engage in activities loosely described as political.

The “foreign agent” designation requires those who receive it to add a lengthy statement to their reports, social media posts and audiovisual materials specifying that the content was created by an outlet “performing the functions of a foreign agent.”

Sindeyeva said that the move would make Dozhd’s work more difficult and could discourage some companies from extending their advertising contracts and make some newsmakers more reluctant to come on air. But she added that Dozhd will continue to operate.

“We hope that our viewers will not abandon us,” she told the AP.

Dozhd’s editor Tikhon Dzyadko said the channel will appeal the Justice Ministry’s action, which he said “doesn’t conform with the law and common sense.”

Russian authorities have previously applied the designation to several independent media outlets, including Meduza and VTimes. VTimes shut down after that, while Meduza launched a crowd-funding campaign.

Another law has been used to outlaw groups deemed “undesirable” and makes membership in them a criminal offense. It has been used to ban scores of opposition groups, foreign NGOs and critical media outlets.

“The punitive machine has toughened its action over the past year, branding one after another as ‘foreign agent,’ an ‘undesirable organization’ or an ‘extremist,’” Sindeyeva said. “It could be connected with the election.”

Russian authorities have raised the heat on the opposition and independent media ahead of the September parliamentary vote, which is widely seen as important to Putin’s ability to cement his rule in the runup to the country’s 2024 presidential election.

Daniel Kozin in Moscow contributed to this report.