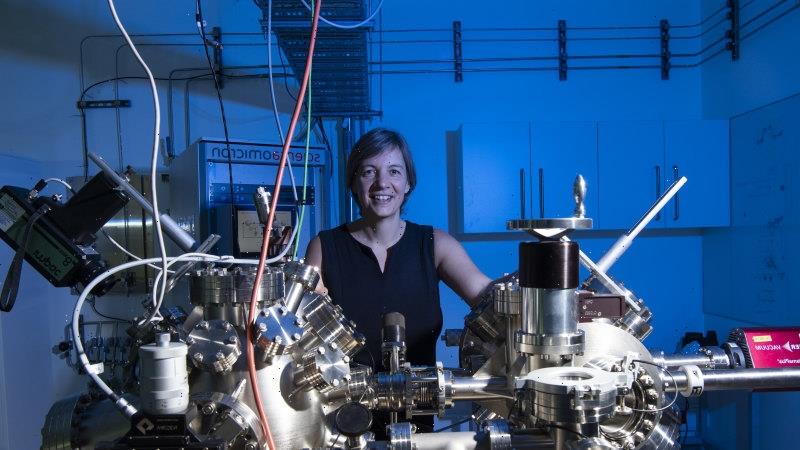 London: Growing up in England, Michelle Simmons felt a weird kinship to a man born in the late 1700s – Michael Faraday, a scientist whose work established the principles of the electromagnetic field in physics, making him her personal hero.

But it would take an Australian journey to catapult Simmons, Scientia Professor of Quantum Physics at the University of New South Wales, into the same league as her idol.

Simmons, a physicist, is racing to build the world’s first quantum computer with atoms. 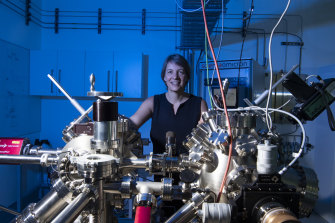 Professor Michelle Simmons at her lab in UNSW. “I live in a bubble.”Credit:Louise Kennerley

In 2012, she made a major breakthrough in her quest by placing a single phosphorus atom in a silicon crystal to create the world’s tiniest transistor.

Now she has joined her hero Faraday in winning won of the world’s most prestigious science prizes.

Britain’s Royal Society, first established in the 1600s, has named Simmons the 2022 Bakerian Medal and Lecture winner for “seminal contributions to our understanding of nature at the atomic-scale by creating a sequence of world-first quantum electronic devices in which individual atoms control device behaviour”.

Simmons, 54, doubts she would have accomplished quite so much had she not moved to Australia in 1999, becoming a citizen in 2007 and Australian of the Year in 2018.

“Growing up in England, I don’t know why but people were very averse to risk there.”

She says when she urged her colleagues to explore quantum computing, they were dismissive.

“I always found that when there are new ideas, everyone would just dump on them straight away and I found that very frustrating.”

She said the enthusiasm for the same ideas in Australia was what prompted her to think she was in the wrong place.

“In Australia, there was this real sense there’s a good chance that this could happen – why don’t we just get out there and stop all talking about it like the rest of the world and just do it.”

But she says that when it comes to translating the results of scientific research into commercial applications, the reverse is true. “Suddenly everyone hits the brakes,” she says.

Backing doubt, failure and mistakes are the keys to advancing, Simmons says.

So devoted is Simmons to her work, she freely admits she has barely noticed the pandemic, bar the three holidays her family has book but had to cancel due to lockdowns.

“I’ve lived in a bubble,” she says, noting that while numbers in her lab have been reduced, the research continues. “I’m pretty much living in the lab, so I’m not really aware of what’s going on outside because there’s so much to do here, literally.” 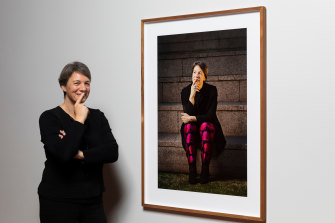 Michelle Simmons with her portrait in her time as Australian of the Year 2018.

The mother-of-three admits revealing her work hours will be “put off every young female coming into science”.

“You don’t want to ask that question!” she cautions. “I normally start between 4 am and 6 am but on average 5 am and I try to get home for dinner but that doesn’t always happen.”

She runs a team of more than 200 and the lab itself has a “no downtime” policy.

“Fundamentally, there’s a cadence of getting results through and if you stop and take a week off – which I rarely do – you have to build it back up again.”

Simmons believes the grand prize lies on the horizon with a quantum computer in a commercial application only about another decade away.

“Someone’s going to build it. I think I’m building it out of atoms. Basically, I only have one life and I don’t want to waste it on something that’s not going to happen.”