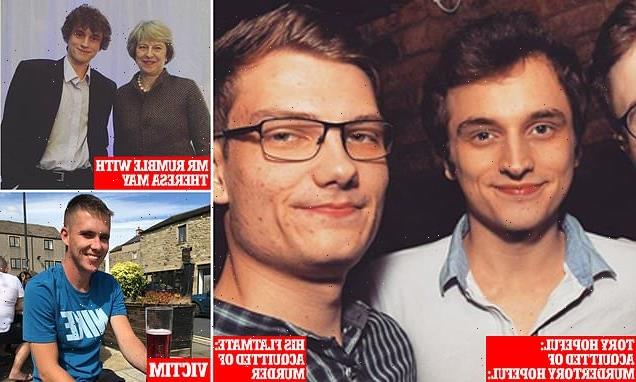 An archaeology graduate and former Conservative election candidate who stabbed his neighbour to death has sensationally walked free from court.

Connor Rumble stood trial for murder after Adam Le Roi suffered five separate wounds while confronting him over a loud poker party in the apartment building where they both lived, a jury was told.

CCTV footage showed Mr Rumble brandishing a knife up to eight inches long in the corridor outside his flat in Preston during the deadly confrontation. 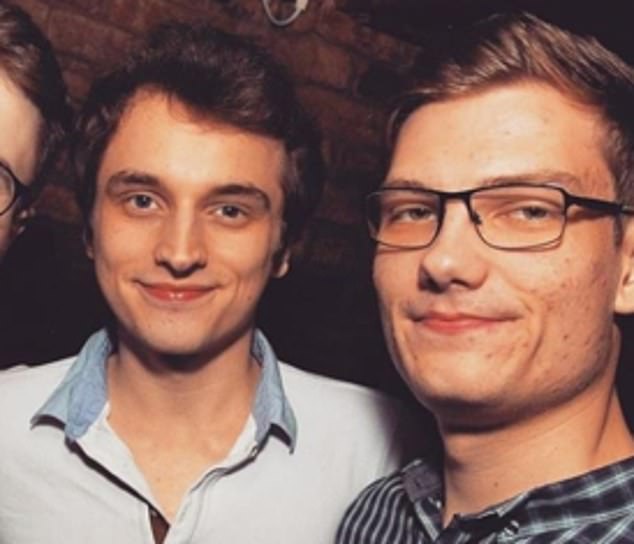 Connor Rumble, pictured left, and his friend Grant Gardner, right, were both acquitted of the murder and manslaughter of Adam Le Roi following a trial at Preston Crown Court

The 26-year-old – once pictured posing with Theresa May when she was home secretary – denied murder. He insisted he had been acting in self-defence after Mr Le Roi repeatedly punched his flatmate.

Mr Rumble said he grabbed the knife from a block in the kitchen with the intention of ‘scaring’ Mr Le Roi. Jurors at Preston Crown Court took less than six hours to acquit the former student of murder and manslaughter.

Last night Mr Rumble – who stood unsuccessfully three times as a council candidate for the Tories in the city – spoke of his ‘incredible relief’ after spending eight months in custody.

‘Every single family member and friend has stuck through with me on this,’ he said at his mother Angela Palmer’s home in Northumberland. ‘I’m also incredibly grateful to every single jury member. It’s a situation I wish never happened but it did unfortunately.’ Mr Rumble and flatmate Grant Gardner, 24 – who has also been acquitted – were initially arrested and charged with murdering Mr Le Roi.

The 25-year-old died in hospital of multiple stab wounds following the confrontation in the early hours of November 15 last year. The trial was shown graphic CCTV footage from the corridor outside the flat shared by Mr Rumble – former president of the Archaeology Society at University of Central Lancashire – and his fellow archaeology graduate. 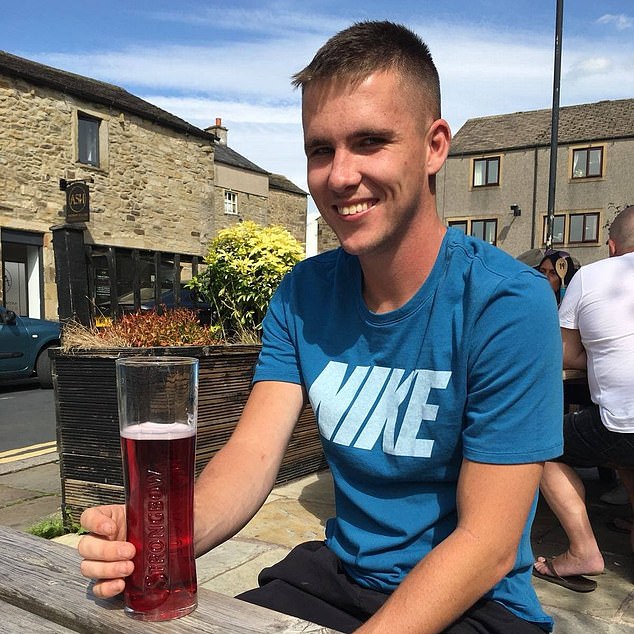 Mr Rumble could be seen wielding the knife and stabbing Mr Le Roi in the left shoulder before Mr Gardner, wearing only boxer shorts, appeared to kick the victim on the floor.

The footage showed the victim get into a lift to return to his flat on the third floor, only to be found collapsed by his friend. He died after suffering catastrophic damage to major arteries. Prosecutor Louise Blackwell QC said ‘tempers flared on both sides’ after Mr Le Roi and his friend accused the graduates and three guests of making too much noise as they did drinking games and played poker. ‘This was not self-defence,’ she said. ‘This was an aggressive attack which was totally unnecessary.’

Giving evidence, Mr Le Roi’s friend Christopher Johnson said the graduates were ‘angry and aggressive’ when the pair knocked on their door for a second time and one began punching Mr Le Roi, who struck back.

After a ‘scuffle’ he said he pulled his friend away, only for Mr Rumble to come ‘frantically’ after them, waving a knife and shouting: ‘I’m going to f****** kill you!’ In a ‘panic’ he fled to the lift, pulling Mr Le Roi – who had fallen to the floor – after him, he said. Part-way through the trial, Judge Brian Cummings QC ruled there was ‘insufficient evidence’ for the case against Mr Gardner to proceed and he was subsequently acquitted of murder. 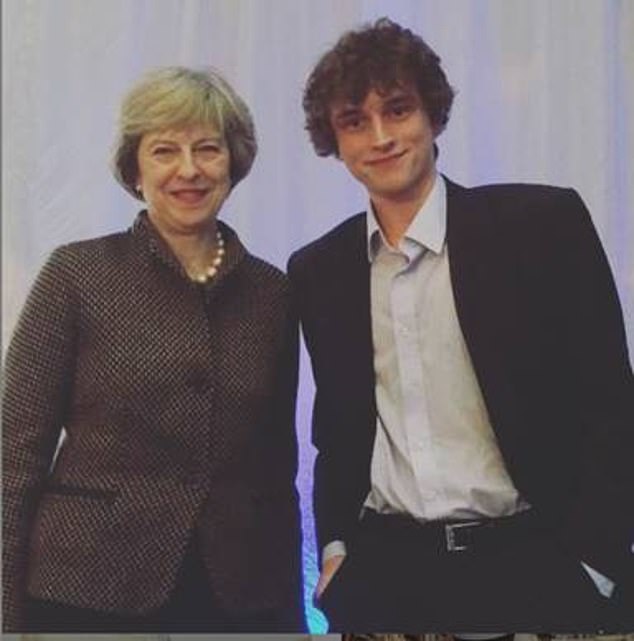 Rumble, right, was once photographed with the then Home Secretary Theresa May, left

Mr Rumble insisted he had grabbed the knife to ‘scare’ Mr Le Roi who he said had attacked them without provocation.

He said he was ‘at least tipsy’ after downing four cans and two bottles of lager plus shots of vodka. Mr Rumble said the victim and his friend were ‘angry’ and ‘swearing’ when he opened the door to them and they ‘started attacking us’.

Asked by his barrister Tim Storrie QC how he felt, he answered: ‘Terrified.’ Mr Rumble said Mr Le Roi started punching his flatmate while Mr Johnson repeatedly punched him in the head in the corridor outside.

The defendant said he tried to throw punches back but ‘not well’ and pleaded with Mr Johnson to stop, which he eventually did.

‘I ran to the kitchen looking for something to scare him off with. I grabbed a kitchen knife from a block.’ Mr Rumble added that Mr Le Roi began to ‘swing and punch’ so he ‘thrust the knife back and forth in the air above my head’.

He said Mr Le Roi tried to ‘grab’ him and he became ‘panicky’ and began ‘jabbing’ with the blade.

Asked if he meant to kill him, Mr Rumble replied: ‘No.’

Mr Rumble’s girlfriend, Charlotte Holden, told a local paper: ‘I’m very grateful for Connor’s legal team for getting the truth out there and the jury for listening and coming to a unanimous decision.’ Mr Rumble now plans to resume his archaeology career.