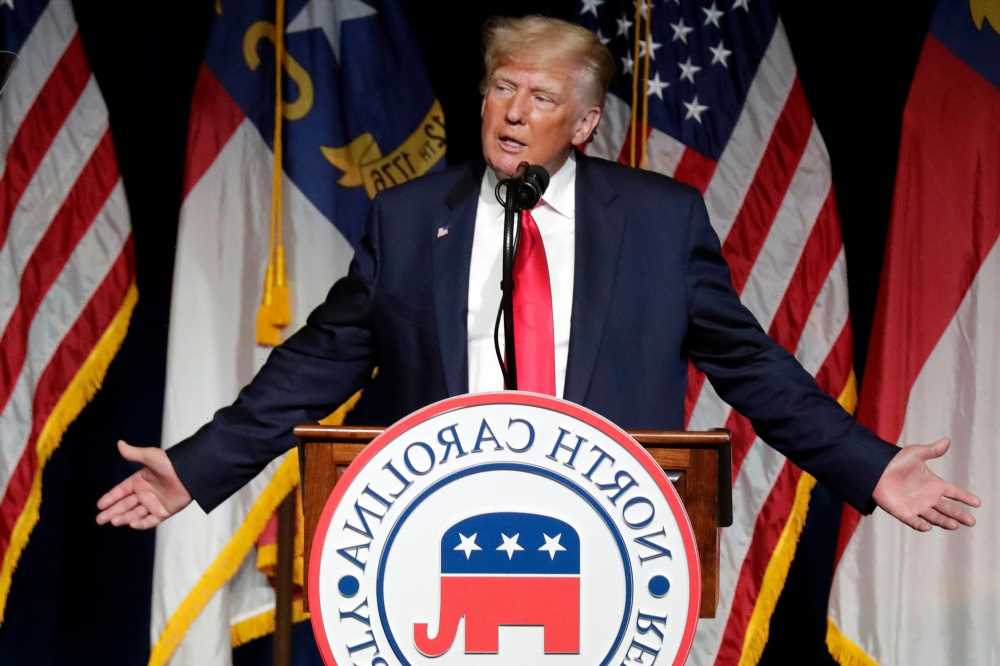 Former President Donald Trump on Saturday returned to the political stage to demand China pay reparations over the pandemic — and rail against Big Tech over censorship and its alleged interference in the 2020 election, which he blasted as the “crime of the century.”

Speaking in Greenville, North Carolina, Trump called on China to pay $10 trillion in reparations to the US and the rest of the world for its handling of the virus, which has killed more than 3.7 million people worldwide.

“The time has come for America and the world to demand reparations and accountability from the Communist Party of China,” the former president said.

“We should all declare within one unified voice that China must pay.”

He said that nations across the world should also cancel their debt to Beijing.

“As a first step all countries should collectively cancel all debt they owe to China as a down payment on reparations,” he said.

Trump also called Dr. Anthony Fauci a poor doctor, but a “great promotor” for his constant appearances on television.

“He’s a nice guy, a great promoter, not a great doctor, but he’s a hell of a promoter,” Trump said.

“He likes television more than any politician in this room, and they like television.”

“That election will go down as the crime of the century and our country is being destroyed by people who perhaps have no right to destroy it,” he said.

“Zuckerberg broke the law spending millions of dollars — don’t you think he broke the law in getting out the vote efforts in highly Democrat areas?”

The former president also railed against Big Tech censorship — and addressed Facebook’s decision to suspend his account for another two years.

“They say they may allow me back in two years. I’m not too interested in that,” Trump said.

Trump’s appearance at the North Carolina Republican Convention was the first in a planned series of speaking engagements this summer.

The ex-president used the speech to also slam the Biden administration for its border control policies, claiming that illegal crossings over the US-Mexico border have soared since he left office.

“We never had a problem, and now they blew that one too,” Trump said.

“After we instituted these policies the number of illegal aliens declined by 91 percent, but under Joe Biden illegal crossings are up by 1000 percent compared to the same period last year. They’re emptying their prisons, they’re sending murderers, drug dealers, human traffickers and others just as bad to the United States.”

Trump said that the Democrats have “intentionally and systematically destroyed the sovereign borders of the United States of America.”

“Despite the worst border crisis in history, we’ve had the smallest number of illegal aliens ever removed. Ninety-two percent had criminal records, and now they’re all being released back into your communities. The border is just the beginning of the Biden disasters,” he said.