Richmond: A prominent Republican candidate for Virginia governor said that the guilty verdicts against former Minneapolis police officer Derek Chauvin this week made her “sick” and that jurors didn’t acquit because they feared a violent backlash. 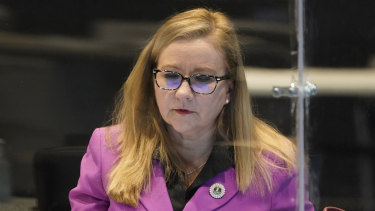 “I am so concerned about our law enforcement right now quitting. And you should be, too.”

Before noon on Wednesday, a least one of the five Democrats running for governor was trying to raise money off Chase’s remarks. 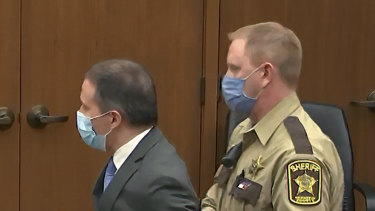 But Chase, a self-described “Trump in heels” who prides herself on provocative statements, stood by her remarks.

“I’m concerned that the decision was politically motivated more to prevent civil unrest than to serve justice,” she later said in a written statement. “The decision made today sends a clear message to law enforcement; the justice system doesn’t have your back.”

With those remarks, Chase has lined up well to the right of some of her party’s most conservative leaders, including Representative Jim Jordan.

A Trump loyalist, Jordan would not say explicitly if he agreed with the verdict but told CNN: “The justice system works. I said last summer that what happened to George Floyd was as wrong as wrong can be, and the justice system will work and that’s what we saw happened.”

Chauvin, a white police officer, took Floyd, who was black, into custody last May. Handcuffed and face down on the pavement, Floyd died after Chauvin knelt on his neck for more than nine minutes. The killing sparked protests over racial injustice nationwide.

Chase’s stance puts her in the company of Representative Marjorie Taylor Greene, and Fox News host Tucker Carlson, who have likewise suggested that jurors convicted Chauvin because they feared an acquittal would lead to unrest.

“Amanda Chase’s comments are racist and dangerous, but they are also clearly representative of the beliefs of many Republicans,” said Manuel Bonder, spokesman for the Democratic Party of Virginia.

“It’s incumbent upon the other candidates to condemn these comments in no uncertain terms. Anything less is a de facto agreement, and proves there is no daylight between them.”

Chase is one of seven Republicans seeking that party’s gubernatorial nomination in a May 8 convention. Five Democrats are competing in their party’s June 8 primary.

All five Democratic candidates were quick to applaud the Chauvin verdict, as was third-party candidate Princess Blanding, whose brother, Marcus-David Peters, was killed by Richmond police while he was experiencing a mental health crisis in 2018.

Chase was the only Republican gubernatorial candidate to volunteer a statement on the verdict.