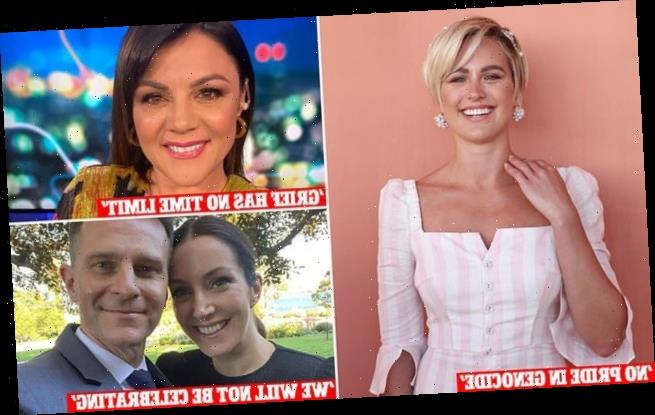 TV hosts, Hollywood stars and radio personalities slam Australia Day and even call for it to be ‘abolished’ as one of the most divisive January 26th EVER gets underway

A host of celebrities have refused to celebrate Australia Day and have instead called for the date to be changed as it causes too much pain for First Nations people.

TV stars, actors, models and radio hosts took to social media to voice their opposition to January 26 as one of the most divisive Australia Day’s got underway.

Model Jesinta Franklin, who is married to Indigenous AFL star Lance Franklin, led the chorus of celebrities calling for the date to be abolished, saying ‘there is no pride in genocide’.

‘Today I pay my respects and stand in solidarity with the Traditional owners of this land, on this day of mourning,’ Ms Franklin posted on her Instagram. 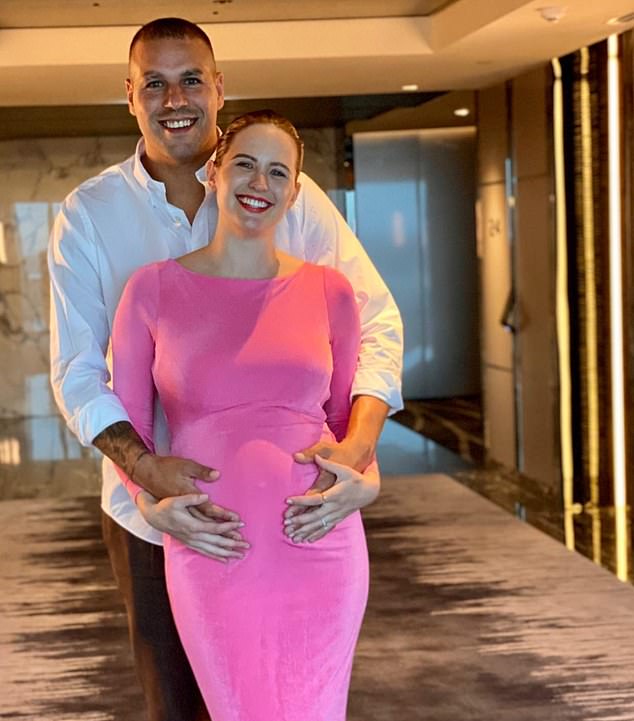 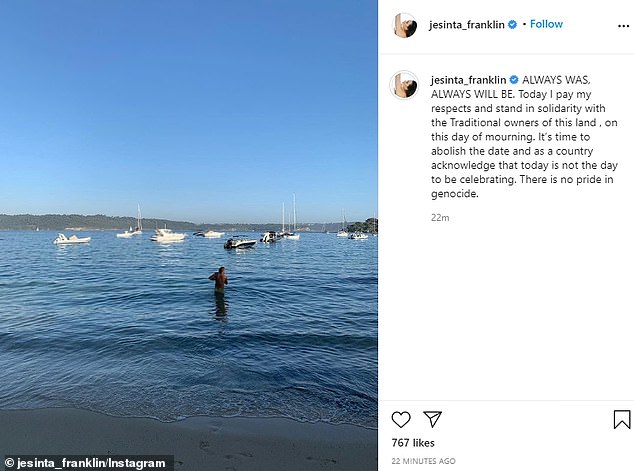 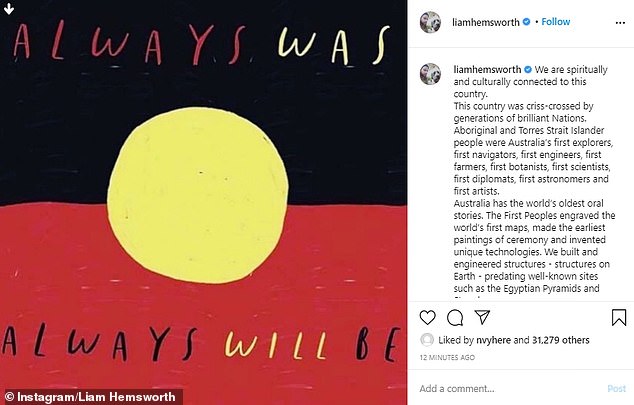 Liam Hemsworth uploaded an image of the Aboriginal flag with the words ‘Always was, always will be’ 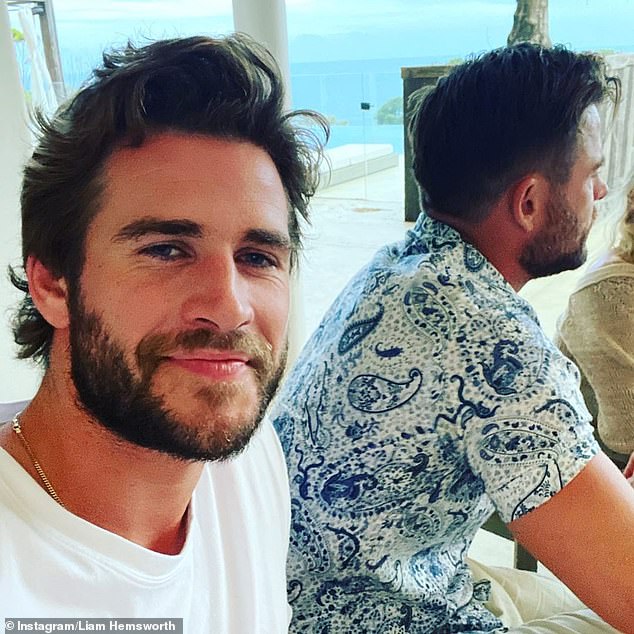 The Hollywood actor (pictured) said ‘Always Was, Always Will Be. acknowledges that hundreds of Nations and our cultures covered this continent

‘It’s time to abolish the date and as a country acknowledge that today is not the day to be celebrating. There is no pride in genocide.’

She said Australia ‘always was, always will be’ the land of the First Nations, while Hollywood actor Liam Hemsworth uploaded an image of the Aboriginal flag with those words.

‘Always Was, Always Will Be. acknowledges that hundreds of Nations and our cultures covered this continent,’ he said.

‘Australia has the world’s oldest oral stories. The First Peoples engraved the world’s first maps, made the earliest paintings of ceremony and invented unique technologies.’

Today Extra’s David Campbell said Australia Day was not a day for celebration around the country.

‘My family and I acknowledge the pain surrounding today. We will not be celebrating. We will be listening and learning,’ Mr Campbell posted on his Instagram.

He posted the caption alongside an image which said: ‘I stand in solidarity with Aboriginal and Torres Strait Islander peoples. Jan 26 is not the date to celebrate’.

Comedian and radio host Em Rusciano said the time had come for Australians to choose a date which was more inclusive of all citizens. 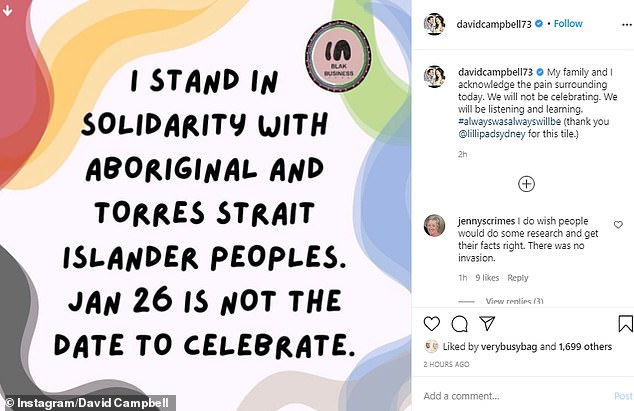 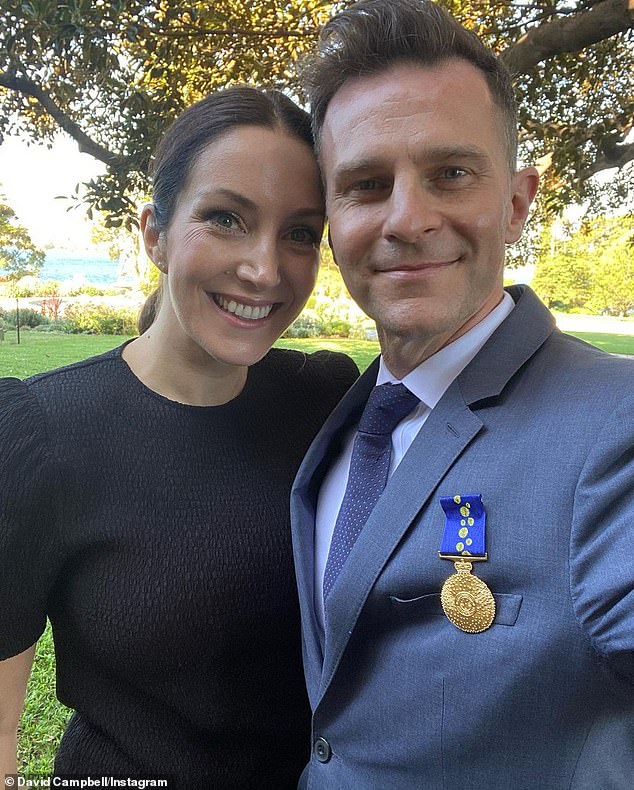 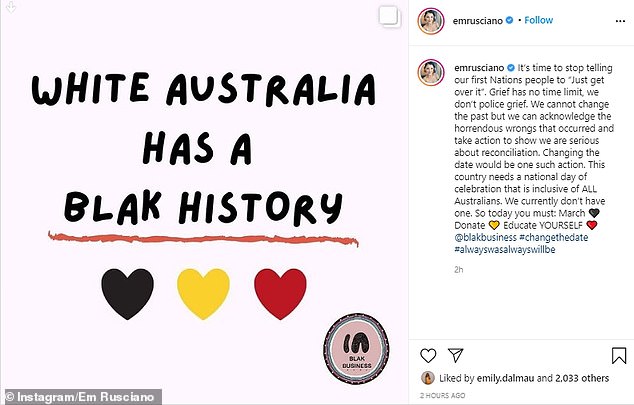 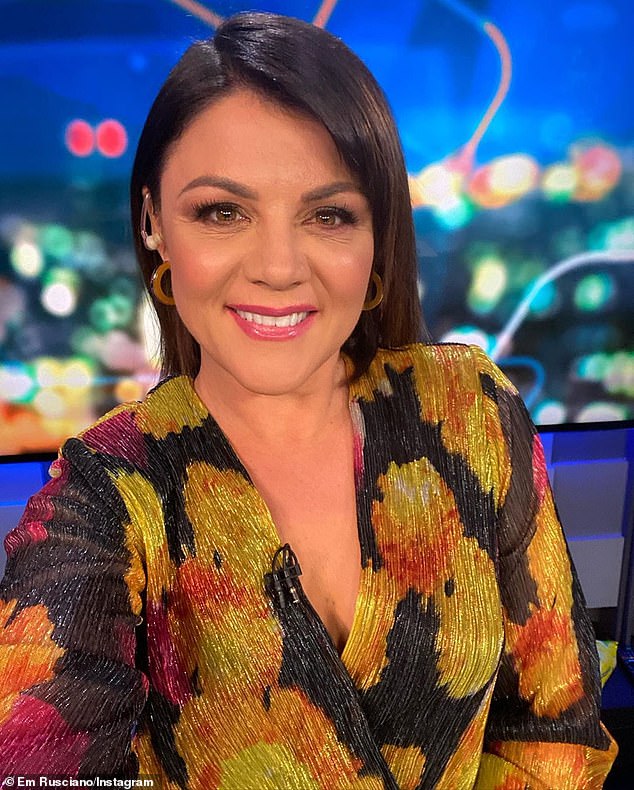 ‘It’s time to stop telling our First Nations people to “Just get over it”,’ she posted on her Instagram.

‘Grief has no time limit, we don’t police grief. We cannot change the past but we can acknowledge the horrendous wrongs that occurred and take action to show we are serious about reconciliation.

‘Changing the date would be one such action. This country needs a national day of celebration that is inclusive of ALL Australians. We currently don’t have one. So today you must: March, Donate, Educate YOURSELF.’

Radio presenter Ryan Fitzgerald and Meshel Laurie both posted: ‘Always was, always will be. It’s time to #changethedate’.

Reality TV star Abbie Chatfield, who appears on the current series of I’m a celebrity… Get me out of here’ and was previously on the Bachelor, said she would be attending a protest in Brisbane during what was ‘a day of mourning’.

‘This is a day of mourning and a protest for change,’ she posted on her Instagram.

But Indigenous model Sam Harris said she did not believe in changing Australia Day from January 26. 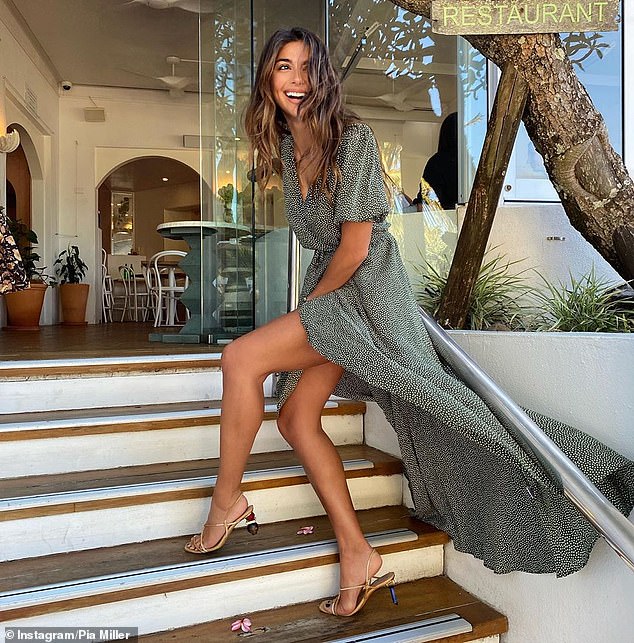 Pia Miller (pictured) also posted to her Instagram story a link to Clothing The Gap, an Aboriginal owned and led social enterprise 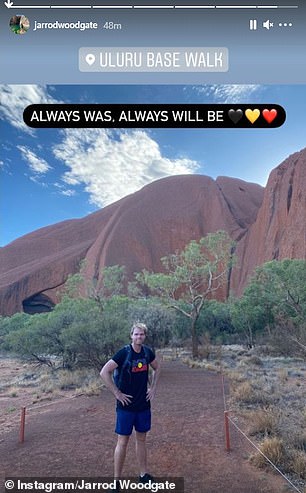 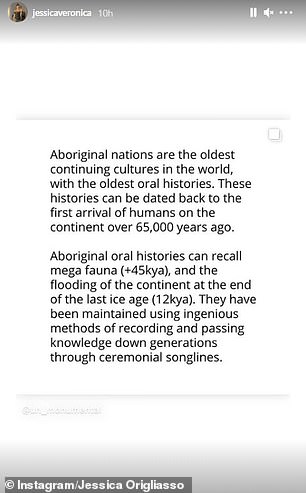 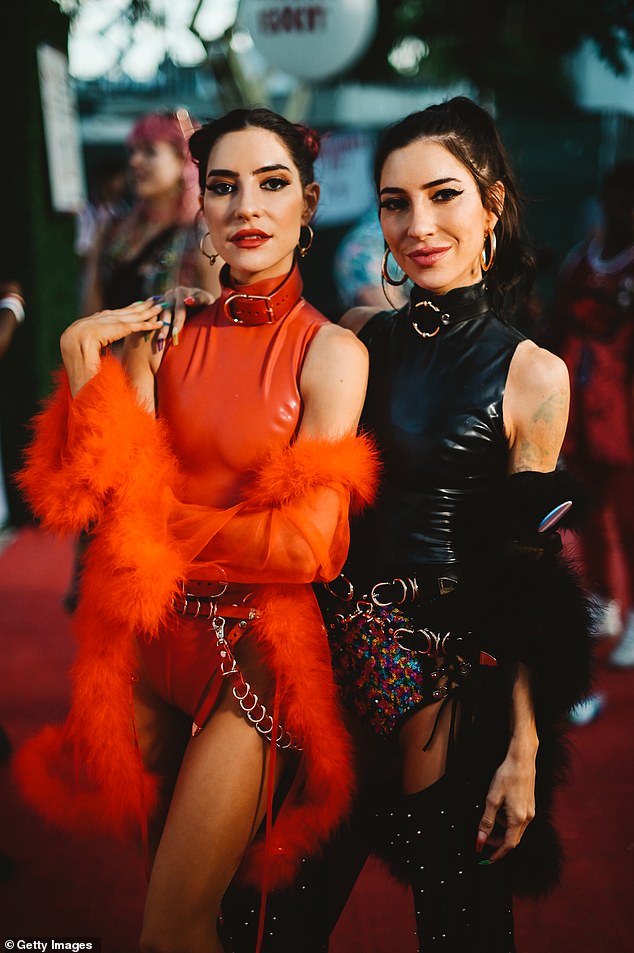 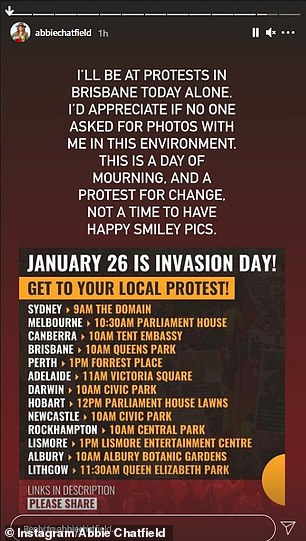 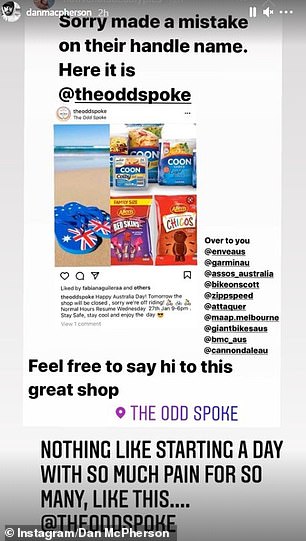 ‘Happy Survival day/Australia Day to everyone no matter how you celebrate today have a fantastic day as we all are so lucky to call this beautiful country home,’ she wrote.

‘Without getting too political as today is a very hurtful day as many educated people would know to indigenous Australians, do I think changing the date is a good idea?

‘No I don’t as I think this is seen as hiding the wrong’s of past and at the end of the day history is history and that cannot be changed good or bad.

‘But Australia is a very multicultural country today and I am very proud to be an indigenous Australian woman.

‘Today for me is about remembering the past but moving forward as well celebrating today with your family/friends/loved ones and your community however which way you choose to celebrate there is no wrong way just have respect for everyone and enjoy your day.’

Australia Day has been a national public holiday since 1994 after it was previously recogised in some states. 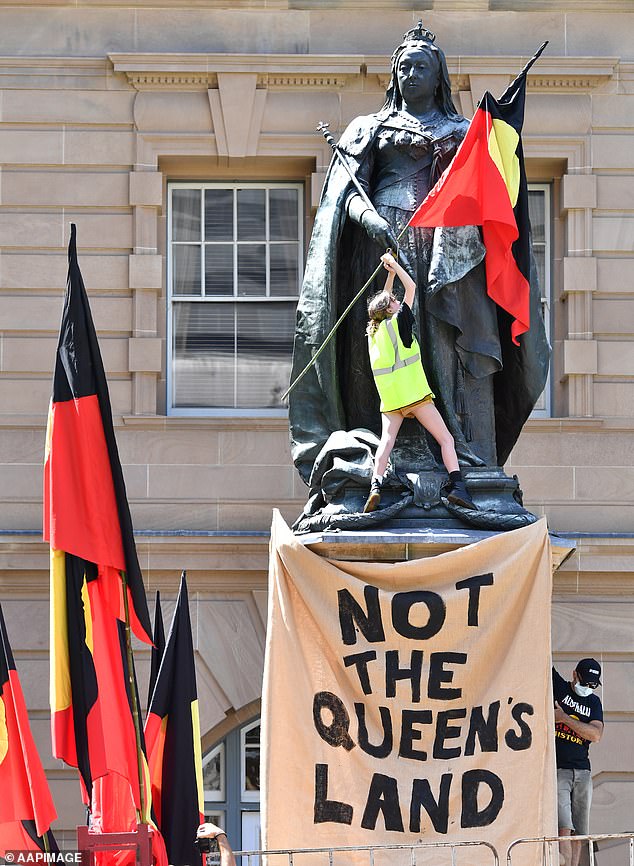 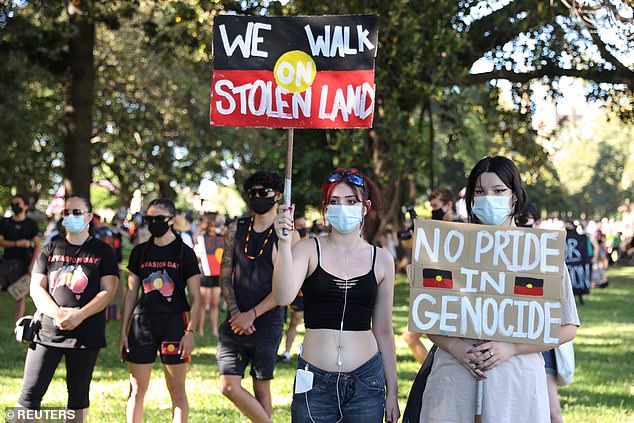 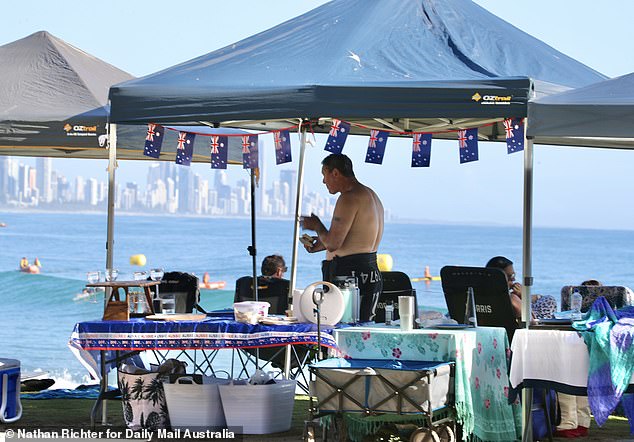 The movement against recognising January 26 gathered momentum in 1988 when indigenous activists held protests during the bicentenary commemoration that featured a tall ships re-enactment on Sydney Harbour.

Protests are being held across the nation on Tuesday referring to January 26 as ‘Invasion Day’.

In Sydney, Aboriginal activists declared they will ‘never celebrate Australia Day’ and want to be ‘liberated from this country’ in speeches to more than 1,000 protesters.

They have also demanded ‘every black person’ be handed $1 million in ‘reparations’ for having their land ‘stolen’ when British settlers arrived on Australia Day.

Demonstrators also gathered in cities to protest the national holiday, with a protester climbing a statue of Queen Victoria in Brisbane with a ‘not The Queen’s land’ banner.