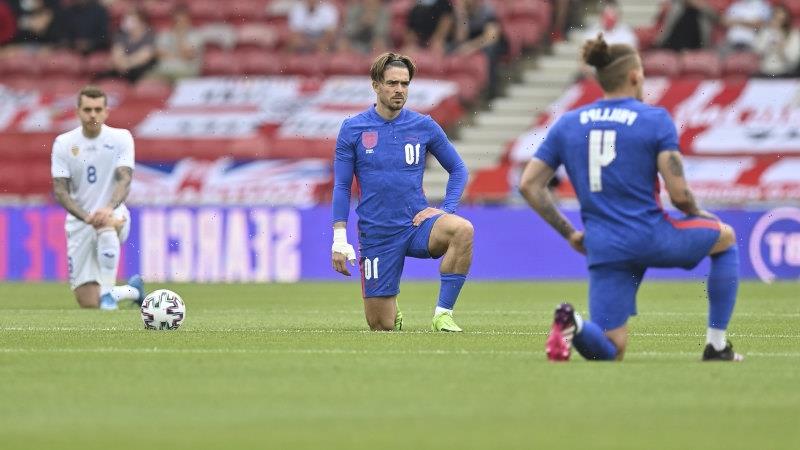 London: British Prime Minister Boris Johnson has refused to call out fans who booed soccer players for taking the knee in a pre-match event, even as he condemned the England and Wales Cricket Board for suspending a bowler over historical tweets.

The two disputes pit the UK government against senior leaders of the national cricket and soccer teams in simultaneous culture wars over racism in sport.

In a row between the Prime Minister and England’s soccer team, Johnson declined to condemn fans who booed the team’s decision to continue to kneel in support of racial equality when Euro 2020 starts this weekend. 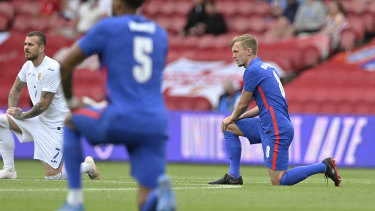 Fans booed: England’s and Romania’s players take a knee before the international friendly match in Middlesbrough.Credit:AP

The toxic stand-off between England’s national soccer team and supporters intensified on Sunday when fans again loudly booed the gesture before the team’s final pre-tournament warm-up game against Romania.

Asked about the incident, the prime minister’s official spokesman twice refused to condemn the booing while also endorsing the national team’s right to make a statement.

The spokesman said the Prime Minister “fully respects the right of those who choose to peacefully protest and make their feelings known”, adding: “On taking the knee, specifically, the prime minister is more focused on action rather than gestures.” 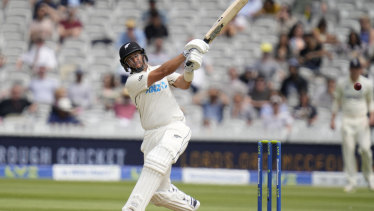 The Prime Minister’s official spokesman said: “As Oliver Dowden set out, these were comments made more than a decade ago, written by someone as a teenager, and for which they have rightly apologised.”

The board has declined to comment, and Robinson, who took seven wickets and scored 42 runs during the first Test against New Zealand, has been told he will not figure in the second and final Test at Edgbaston, which starts on Thursday.