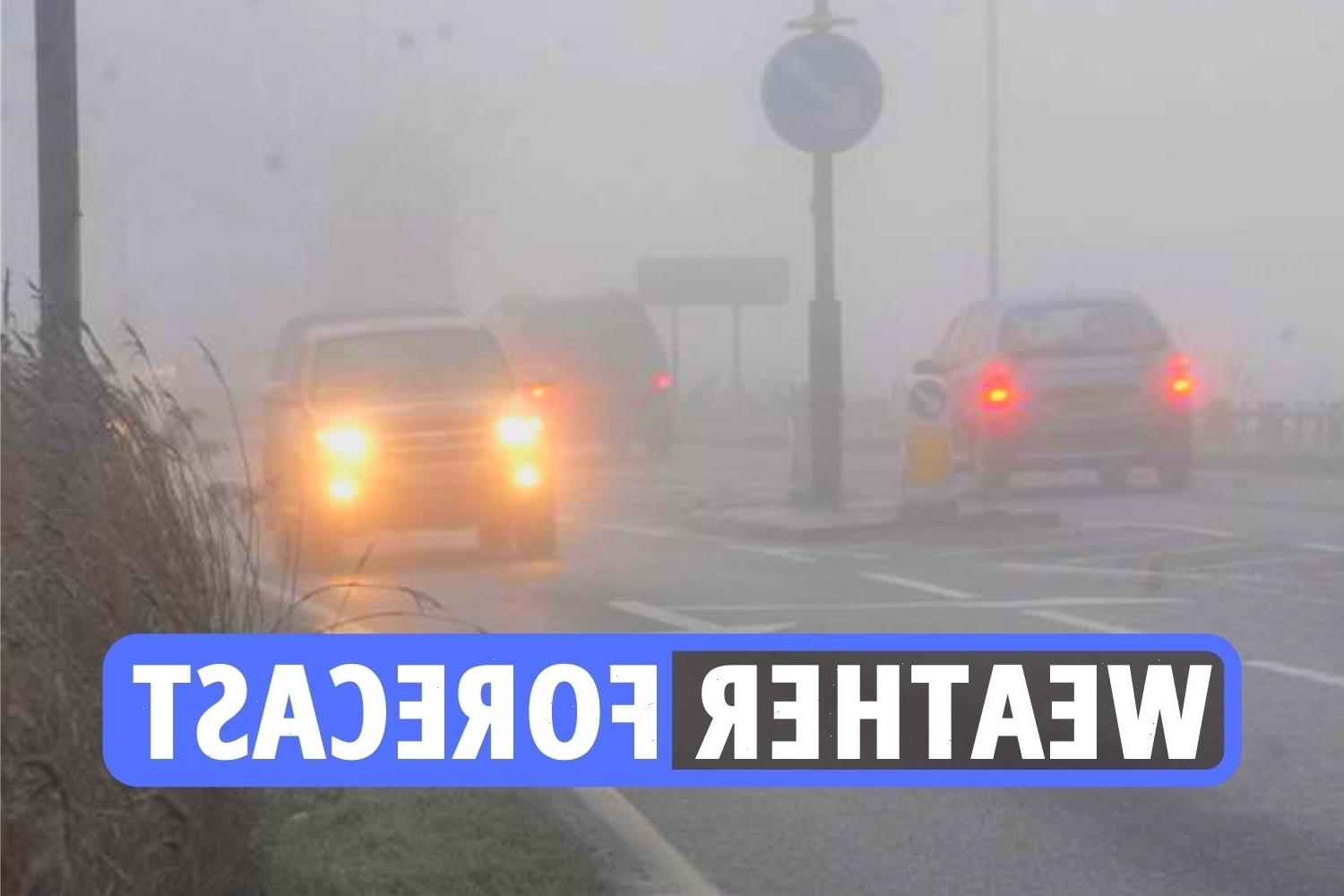 THE Met Office has issued yellow weather warnings for fog, which are set to last the morning and covers parts of central and southern England.

The warnings are in place over Birmingham, Bath and Brighton and will remain up until 11am.

Ahead of the warning, the Met Office has advised people to expect slower journey times – with the possibility of delays to bus and train services, and delays or cancellations to flights.

The Met Office have also said that 'there are also areas of low cloud affecting parts of the UK' this morning.