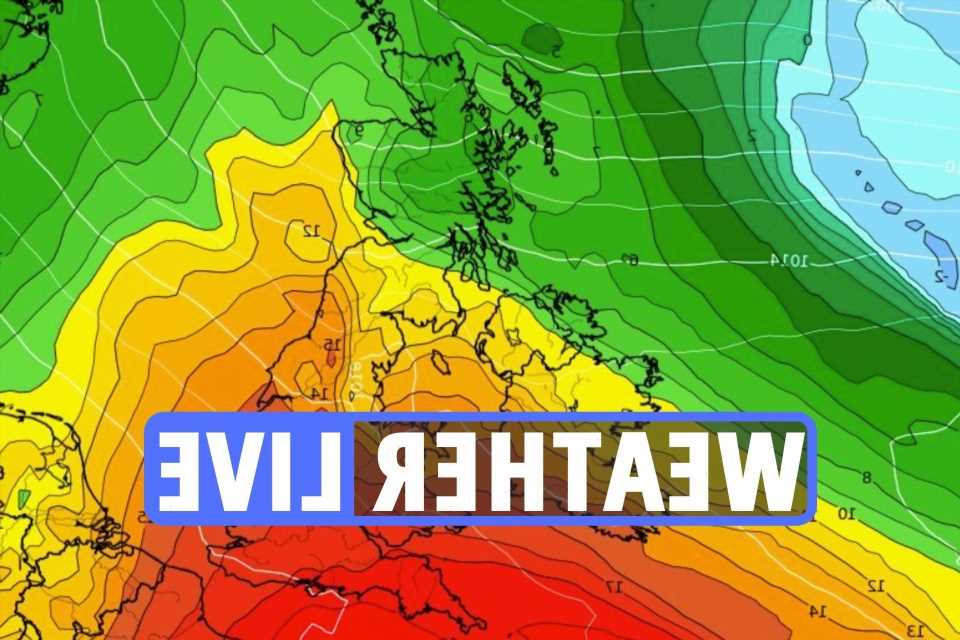 TEMPERATURES are to soar to mid 30Cs by Friday as a HEATWAVE envelops Britain – prompting a safety warning from the Met Office.

Friday is on course to be the hottest day of the year, with temperatures steadily rising until then.

And by the weekend, Brits will see the peak of the heatwave – with temperatures potentially in the low to mid 30Cs.

Met Office deputy chief meteorologist Dan Rudman, said: “Temperatures will rise through the week, becoming well above-average by day by Friday when many parts of the southern half of the UK are likely to reach 30C or even 33C in isolated spots.

“This is the first spell of hot weather this year and it is still unusual for temperature to exceed these values in June. Many areas will also see some warm nights with temperatures expected to be in the mid to high teens overnight.”

He added: “Very high UV levels are expected in the South, meaning people should really avoid being in the sun during the midday hours.

“Wearing sunglasses, a shirt, a hat and sunscreen are essential to protect the eyes and skin, and drinking lots of water is important – long exposure to the sun can be dangerous.

“People should avoid overdoing it.

“We all love the sunny weather, but being sensible can help you avoid a nasty sunburn.”