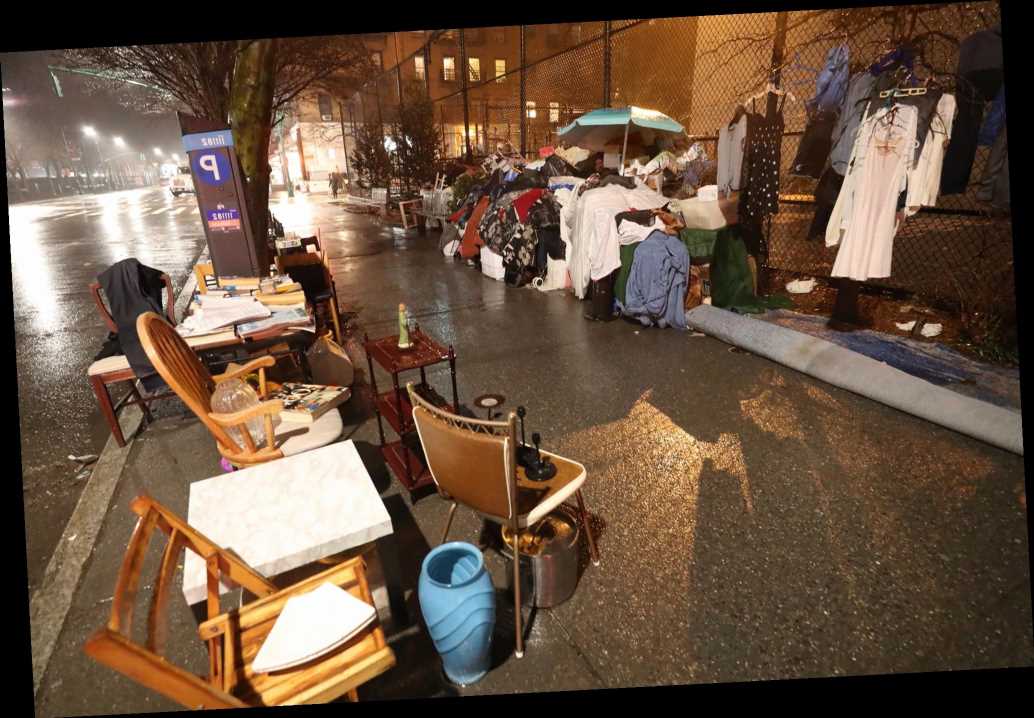 An Upper West Side street has been turned into one hoarder’s personal junkyard — and area residents are fed up.

Chairs, bedspreads, books and other mounds of trash have been piling up — without intervention from the city — for months near 77th Street on Columbus Avenue.

“This is disgusting. It’s been more than a month since this garbage is here, probably since the summer — a long time,” Fazi Husain, a nanny who works in the neighborhood, told The Post. “It is getting bigger and bigger.”

Residents on social media said the trash-filled eyesore is the property of a local man, who uses the block near the MS 245 school as his own personal storage unit.

“Items hoarded on sidewalk by a mentally ill person, not homeless,” wrote one Twitter user. “I pay for storage… I suppose I can just designate a sidewalk as mine to store belongings? And no one can move them?”

A 53-year-old Amazon delivery worker, who declined to give his name, said that sometimes the man tries to make a few bucks off the junk pile.

“Sometimes he puts a price on it but who buys this? I see him sitting sometimes here,” the delivery worker said.

“Police come but I don’t know what the reason is to let him stay here… This is not good in a pandemic situation,” he added.

An Upper West Side resident said that the heaps of trash have been reported multiple times to the Department of Sanitation and the city’s non-emergency police line. 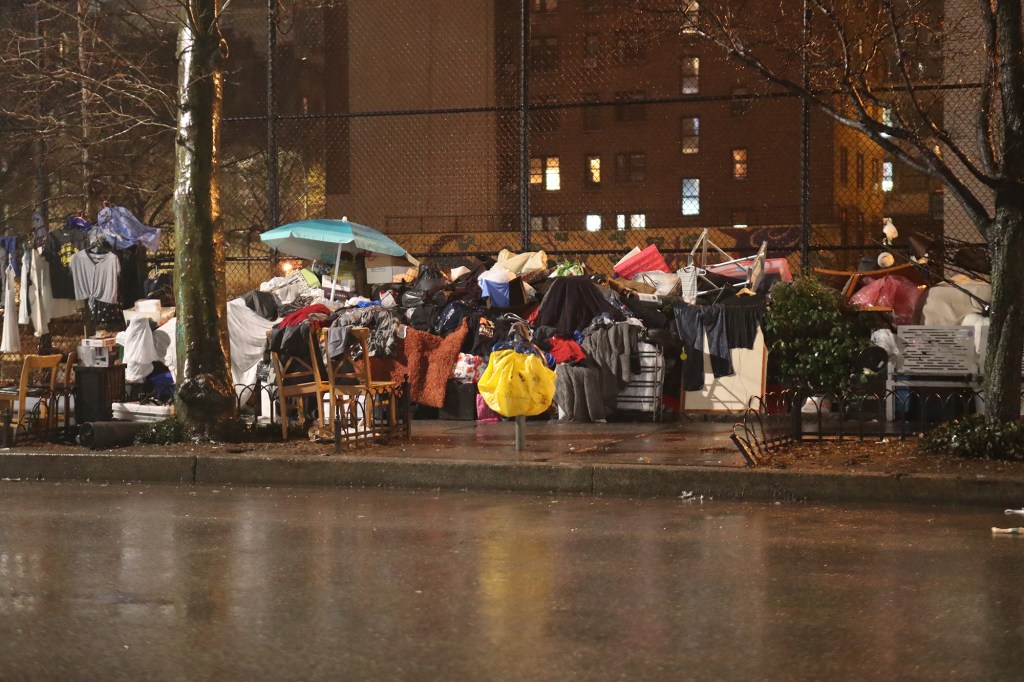 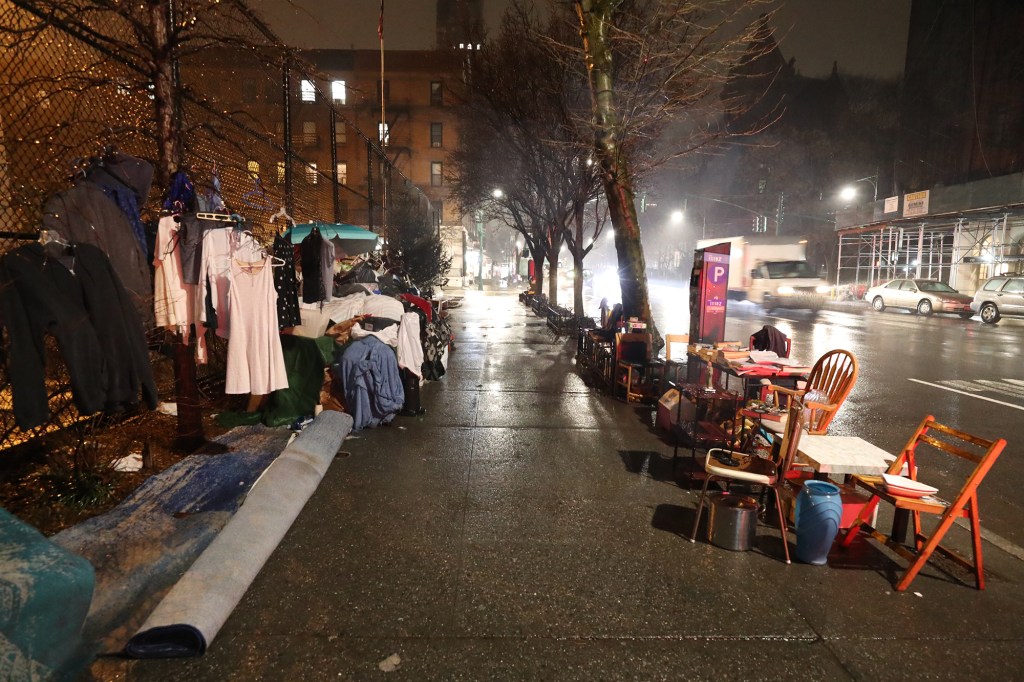