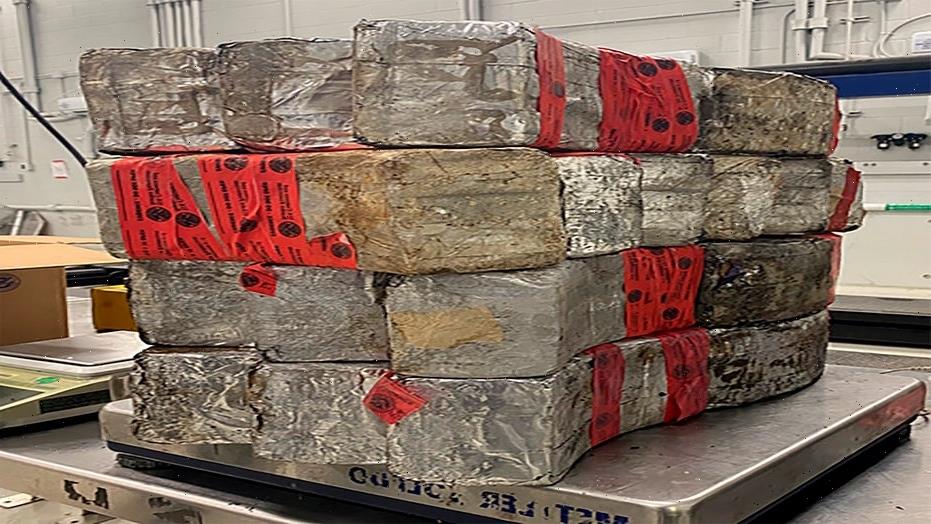 Former acting ICE director Tom Homan on the migrant surge and the number of illegal border crossings is ‘unprecedented.’

An increasing number of American citizens have been apprehended as they have tried to smuggle illegal drugs into the U.S. since the start of the coronavirus pandemic, an uptick that’s come amid travel restrictions at the border with Mexico.

For more than a year, the closure of the southern border to nonessential traffic has sharply limited the number of foreign citizens entering the U.S. by land. The rules have been extended until at least June 21, but Mexican authorities have allowed most U.S. citizens to walk or drive south across the border with relative ease.

Law enforcement officials and drug trafficking experts say the border rules — put in place in April 2020 to curb the spread of the coronavirus — and their lopsided enforcement are driving the rise in U.S. citizens involved in borderland drug busts. Mexican traffickers, however, have long recruited Americans for the job. 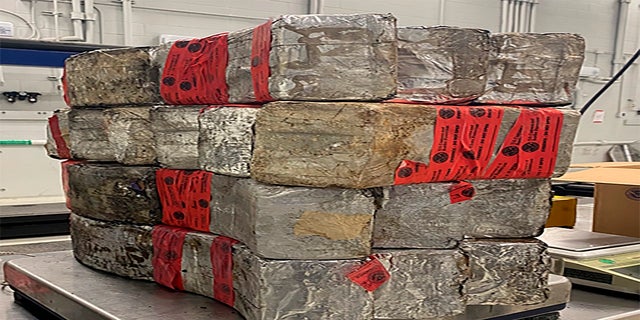 U.S. citizens were apprehended nearly seven times more often than Mexican citizens between October 2020 and March 31 for trying to smuggle drugs in vehicles, U.S. Customs and Border Protection data shows. In the 2018 and 2019 fiscal years, Americans were caught roughly twice as often as Mexicans.

“As cross-border travel shifted to essential travel only, criminal organizations shifted their operations as well,” the agency said in a recent statement. It noted its increasingly seized drugs trafficked by U.S. citizens and by commercial trucks during the pandemic. Both groups are exempt from the restrictions at U.S. land borders.

Despite early pandemic disruptions to the global drug trade, illegal substances have since been pouring into the U.S. — the world’s largest consumer of them. Customs and Border Protection says narcotics seizures along the U.S.-Mexico border have increased slightly in the 2021 fiscal year, while the U.S. Department of Homeland Security has said Mexican traffickers’ ability to move drugs into the country had stayed “largely intact.”

Most illegal drugs in the U.S., particularly narcotics, enter at the southern border. Americans are critical to these operations, trafficking experts say.

“The perception is that U.S. citizens are given less scrutiny by Border Patrol and CBP,” said Michael Corbett, who worked at the Drug Enforcement Administration for 30 years and is now a narcotics expert witness. “Smuggling drugs is a risk management enterprise. They’re looking for whatever methods they can come across to most safely and efficiently move drugs across the border.”

Victor Manjarrez, a former Border Patrol sector chief in El Paso and Tucson, said “the use of American citizens kind of ebbs and flows.

“Drug organizations… are much more adept at changing than the government is,” said Manjarrez, now a professor of border and national security at the University of Texas, El Paso. 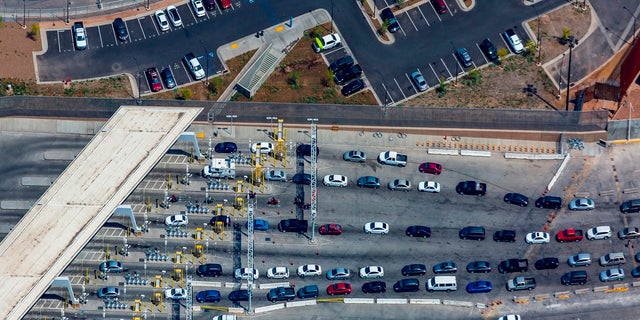 Customs and Border Protection figures show the agency seized nearly 92,000 pounds of drugs from vehicles at southern ports of entry between October 2020 and May.

U.S. citizens had been apprehended about 2,400 times by late March for drug smuggling during inspections of vehicles crossing those checkpoints. In comparison, just 361 such apprehensions during the same period involved Mexican citizens, who are generally second — behind Americans — for drug trafficking arrests at ports of entry.

Arrests of U.S. citizens who bring drugs through in their bodies also have risen. In the first four months of the 2021 fiscal year, 505 Americans were arrested with drugs concealed in their bodies at southern checkpoints, compared with just 35 people from all other countries during the same period.

Though illegal substances brought in by that type of courier represent just a fraction of the overall drugs crossing into the U.S., those apprehensions in fiscal year 2018 were more balanced between U.S. citizens and non-citizens at 467 vs. 386, respectively, Customs and Border Protection data shows.

In many cases, drug couriers in the U.S. are recruited for one-off assignments to drive a shipment across the border in exchange for a lump sum payment based on how much product they are transporting, experts say.

Yatziri Barboza was one. In March, the 24-year-old from Houston was arrested after an X-ray and further inspection at a port of entry in Laredo, Texas, uncovered nearly 127 pounds of liquid methamphetamine concealed in the gas tank of the SUV she was driving, court documents said. 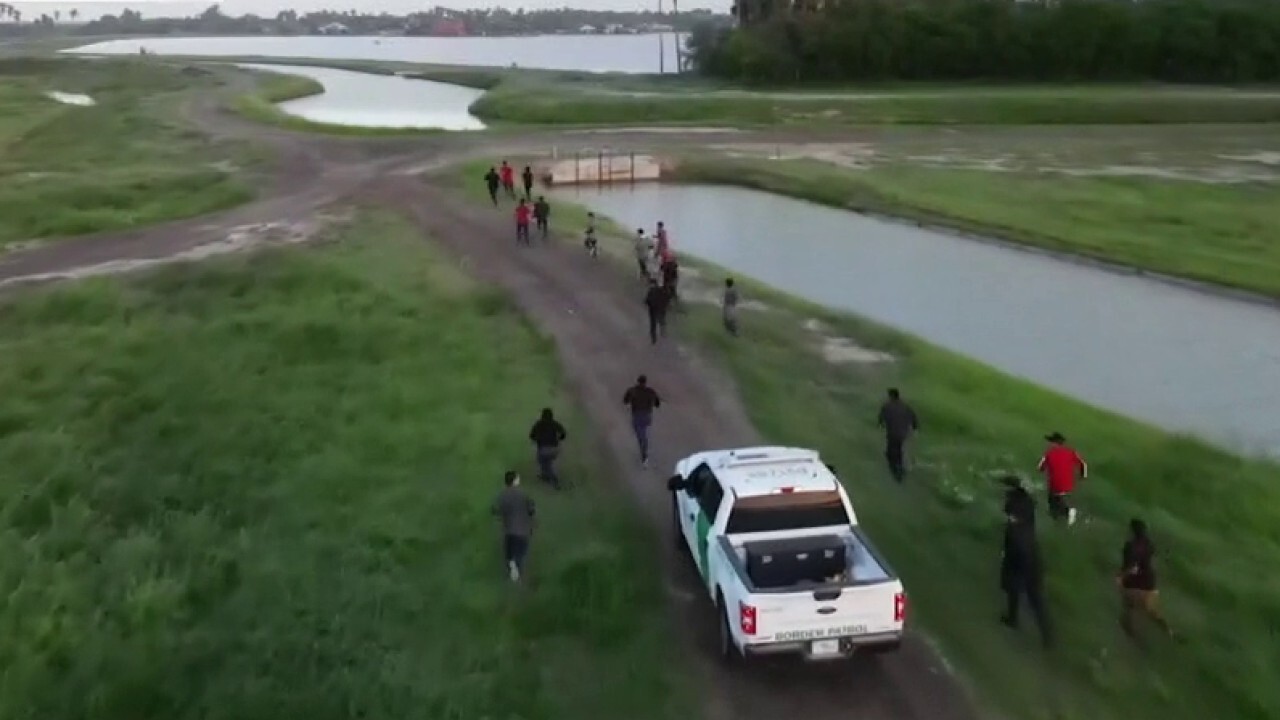 Rep. Andy Biggs R-Ariz., joins ‘Fox Report’ to discuss the Biden administration’s response to the crisis at the southern border: ‘they are so out of touch’

Barboza told law enforcement officials that she was to drive the shipment to an undisclosed location in Houston in exchange for $10,000, according to a criminal complaint.

Mryna Montemayor, a public defender representing Barboza, did not respond to an email seeking comment.

Similarly, 23-year-old Mike Mendoza, also of Houston, was arrested in February after border agents stopped him at the Juarez–Lincoln International Bridge in Laredo while driving a pickup truck with 132 pounds of meth stashed in its tires, according to a criminal complaint. Authorities estimate the street value of the drugs to be $360,000.

Abundio Rene Cantu, a lawyer representing Mendoza, said he believes his client was offered a reward “in the thousands” of dollars. He denied knowing which Mexican criminal organization recruited Mendoza, who had been working in construction.

“This was not something he was regularly involved in,” Cantu said of Mendoza, who pleaded guilty to a drug smuggling charge in March. “But generally speaking… people sometimes may find themselves in a bind. And so they get caught up with somebody that knows somebody from a Mexican organization, and they offer the money to get involved into this type of activity.”

Cantu estimates the number of cases he’s handled of U.S. citizens facing drug smuggling charges has doubled since 2019. He largely credits the partial closure of the border.

“It’s just opened up that opportunity to get new recruits,” he said. “U.S. citizens… people that are struggling financially that are going to be allowed to come in.”