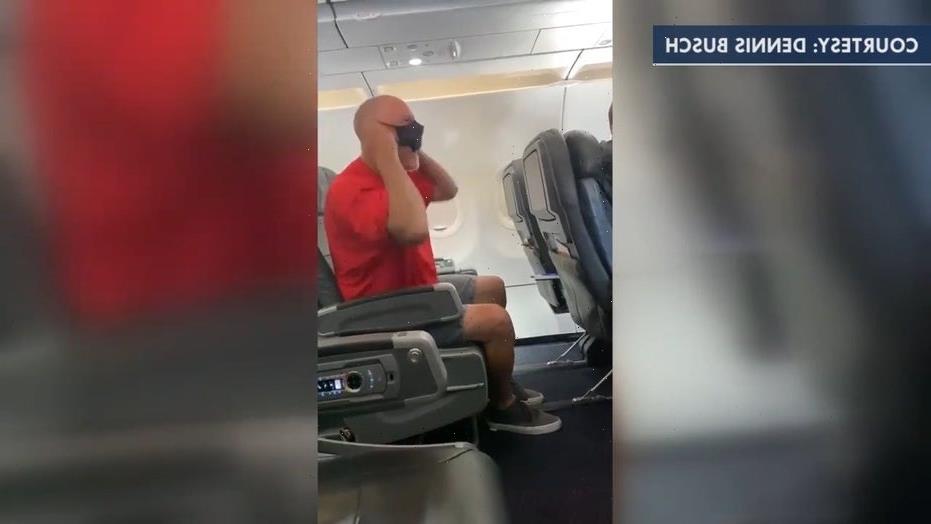 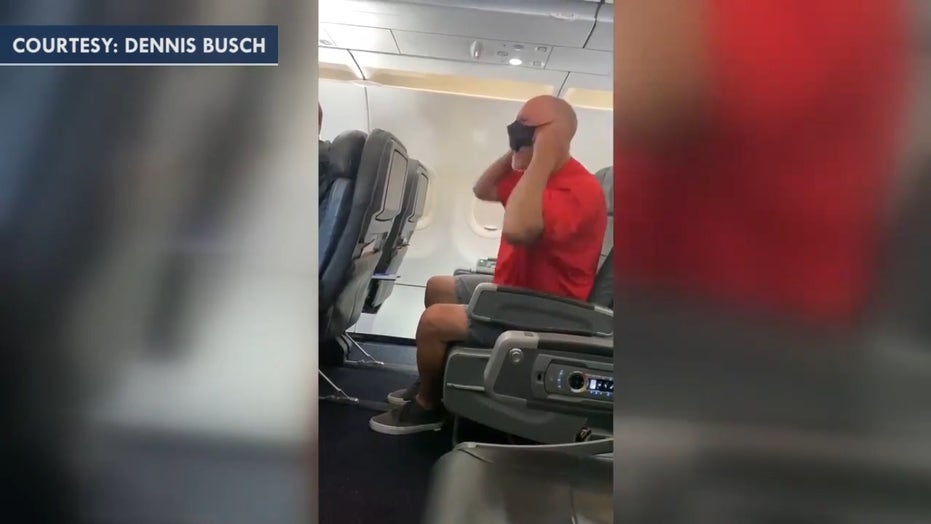 Timothy Armstrong was issued a criminal citation for public intoxication and disorderly conduct following an ‘in-air disturbance’ aboard a flight from Los Angeles bound for Salt Lake City, Utah

Cellphone video circulated this week shows a seemingly intoxicated American Airlines passenger approaching flight attendants who ordered him to sit down, before growling at fellow passengers and fidgeting with his mask while in his seat, shouting at at one point, “Joe Biden, really?”

The incident started at approximately 12:48 p.m. on Sept. 6, after the SLCPD received information about an intoxicated passenger onboard American Airlines Flight 1802. After the flight landed safely, officers boarded the plane, took Armstrong into custody and escorted him off the aircraft, police said. Paramedics transported Armstrong to an area hospital.

Several clips of cellphone video were shared to Facebook by another passenger, Dennis Busch.

One clip shows the man, since identified as Armstrong, approach a male member of the flight crew. Standing in the aisle, Armstrong shouts, “You can’t hold us,” as the flight attendant demands, “Sit down now!”

The flight crews explains that the plane is not on the ground, but Armstrong insists, “Yes, we are! We’re already grounded.” The male flight crew member point for him to “Sit! You see anyone else getting up?”

As Armstrong eventually backs down the aisle to his seat, he shouts, “Joe Biden, really?”

Another video shows the man in his seat growling aggressively, as he stretches his mask over his face. The third clips shows him flipping the middle finger toward the front of the plane, insisting, “That is exactly what you think about us.” He gets up again and approached the male crew member again, calling him profanities, eventually sitting back down adding, “God Bless America.”

Though not captured in the videos, Busch wrote in a corresponding Facebook post that the man “began by yelling at the Asian woman in front of me to sit down when she was standing to deal with a back issue. He proceeded to tell multiple flight attendants that she and her companion “’didn’t belong here.’”

Busch said the flight crew organized for a commuting pilot to sit next to him and for him to switch seats with the couple. After asking Armstrong to calm down, Busch said “the man went into a complete meltdown of racist, sexist and belligerent comments, culminating in his arrest at the gate.”

“We were lucky to have such a well-trained crew who kept their cool throughout the flight!” Busch said.

The Salt Lake City Police Department said it “works closely with the Salt Lake City International Airport to ensure the safety of airline crew members, airport employees and passengers when responding to disturbances that occur on aircrafts or in the airport terminals.”

“American Airlines flight 1802 with service from Los Angeles (LAX) to Salt Lake City (SLC) was met by law enforcement upon arrival at SLC due to an unruly passenger,” a spokesperson for the airline told Fox News. “The flight landed safely at SLC where local law enforcement removed the disruptive passenger from the aircraft. We thank our crew for their professionalism and our customers for their understanding.”

The flight had 162 passengers, including six crew members. The customer involved in this incident has been placed on American Airlines’ internal refuse list pending further investigation, the spokesperson said.