THE "vaccine-dodging" Lambda variant that's hit the UK and US is twice as infectious as the Wuhan strain, a study claims.

US scientists at the NYU Grossman School of Medicine conducted trials on a prototype Lambda virus and found it was twice as infectious as the early SARS-CoV-2 variant. 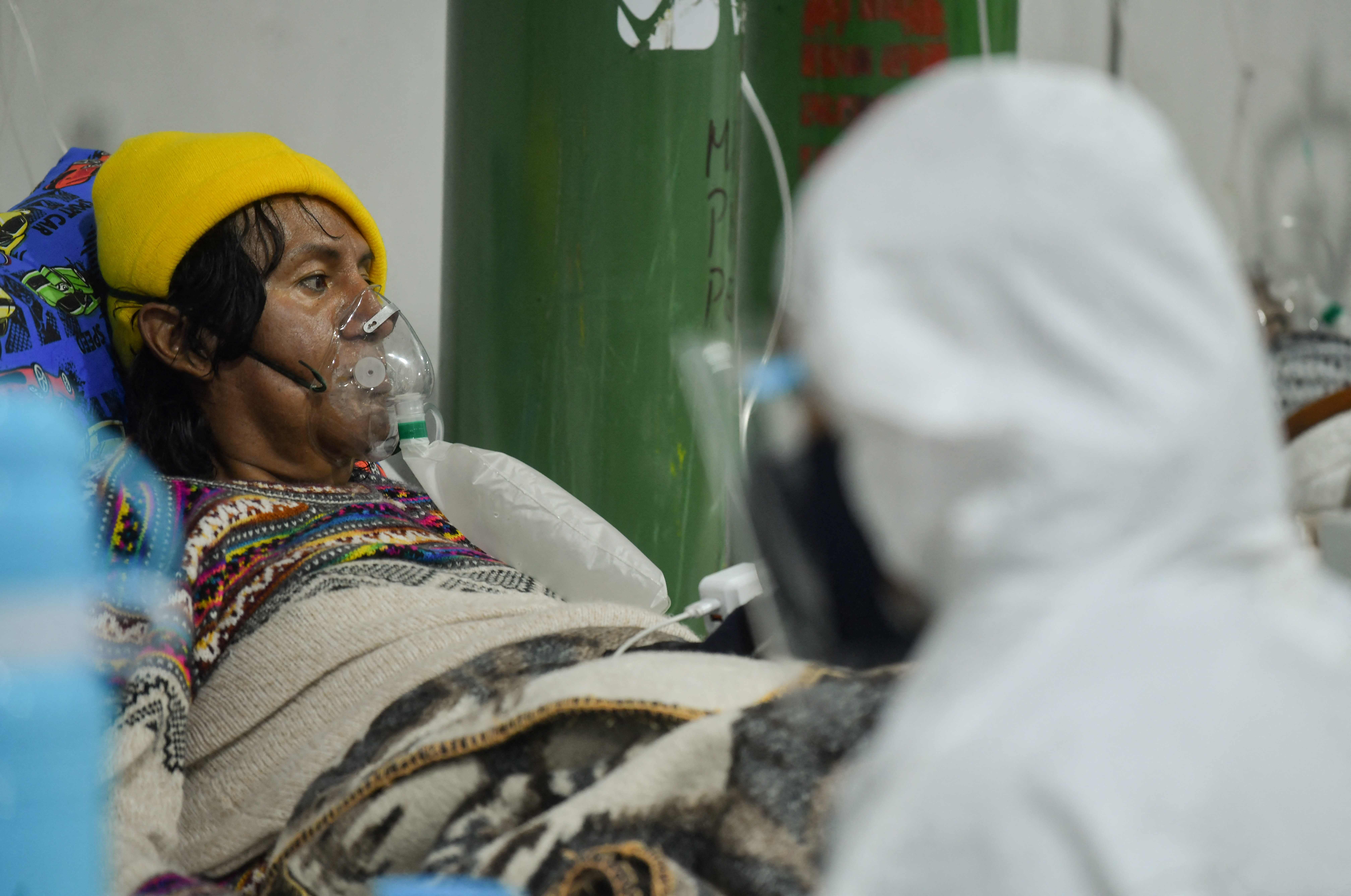 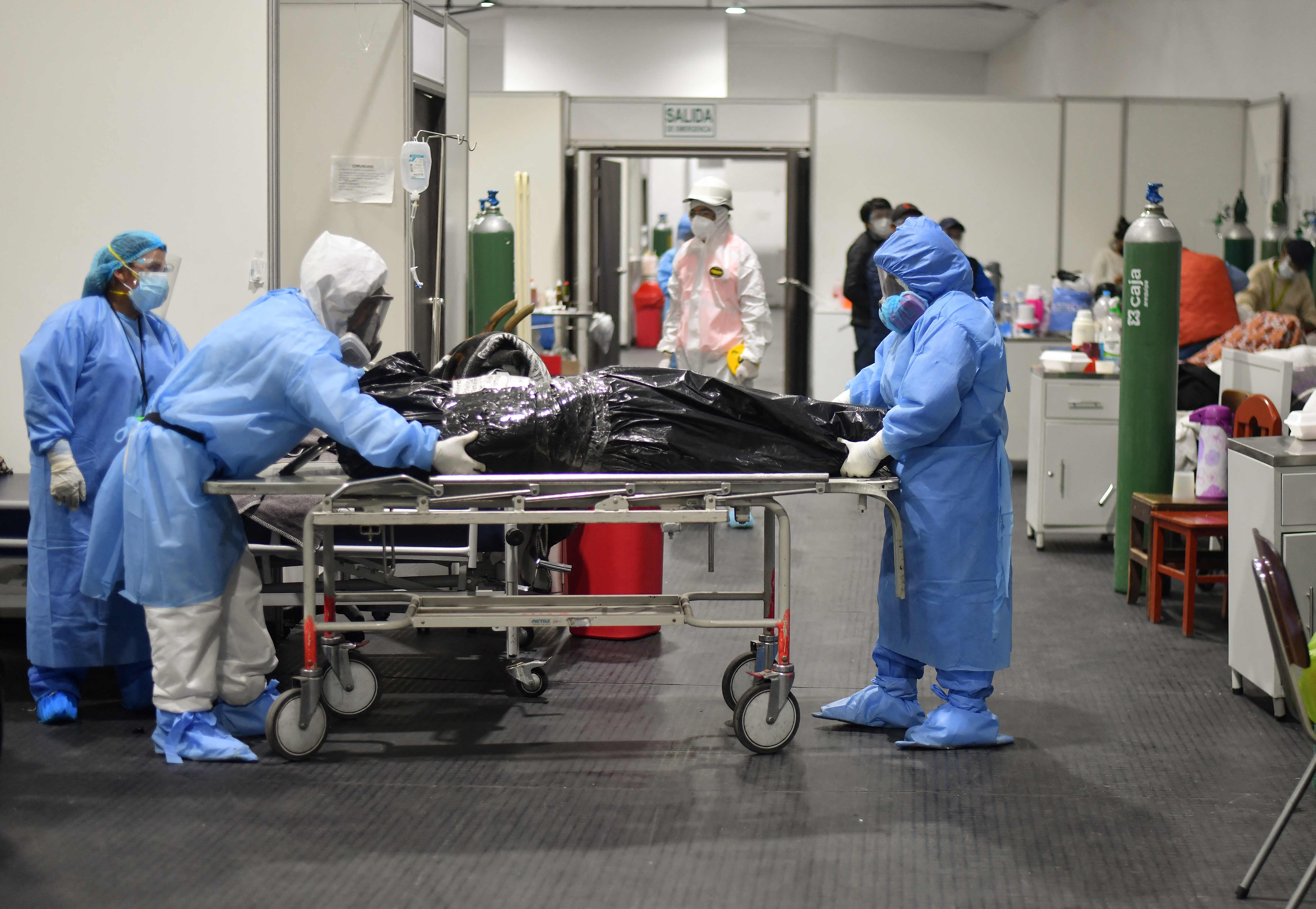 Another study found Lambda could evade the antibodies produced by the CoronaVac jab, which was developed in China and has WHO approval.

Both studies are yet to be peer reviewed.

Of particular concern to virologists is the L452Q spike protein because of its potential to infect human cells like the L452R mutation in the highly infectious Delta variant.

Meanwhile, experts in Chile – where Lambda accounts for 31 per cent of cases despite high vaccination levels – found healthcare workers given two doses of CoronaVac – which was developed in China and has WHO approval – were more likely to get the virus.

"Our data show for the first time that mutations present in the spike protein of the Lambda variant confer escape to neutralising antibodies and increased infectivity,” scientists from the University of Chile wrote in their yet-to-be reviewed paper.

"It is possible that it may exhibit higher infection rates, but we don't yet have enough reliable data to compare it to gamma or delta."

Lambda went undetected for months because its genetic code meant it was frequently mistaken for Gamma – the variant first identified in Brazil.

Thankfully, Landau says Moderna and Pfizer jabs protect against the Peruvian strain just as well as they do against other variants.

"Even though some of the antibody no longer works against the variants, it's still enough that they will fight the virus and get rid of it pretty well," he said.

Peruvian scientists noticed the variant in December when it accounted for “just one in every 200 samples”.

By March, that jumped to 50 per cent of cases. Now that figure is a whopping 90 per cent, according to the WHO.

In neighbouring Chile, where 58.6 per cent of the population is vaccinated and where CoronaVac is the most administered jab, Lambda accounts for 31 per cent of cases in the last 60 days.

A study by the University of Chile found that a single dose of the CoronaVac vaccine was only 3 per cent effective, but that rose to 56.5 per cent after both doses.

Ricardo Soto Rifo, a virologist at the Institute of Biomedical Sciences, Santiago, Chile, says scientists are jumping to conclusion about the Peruvian virus. 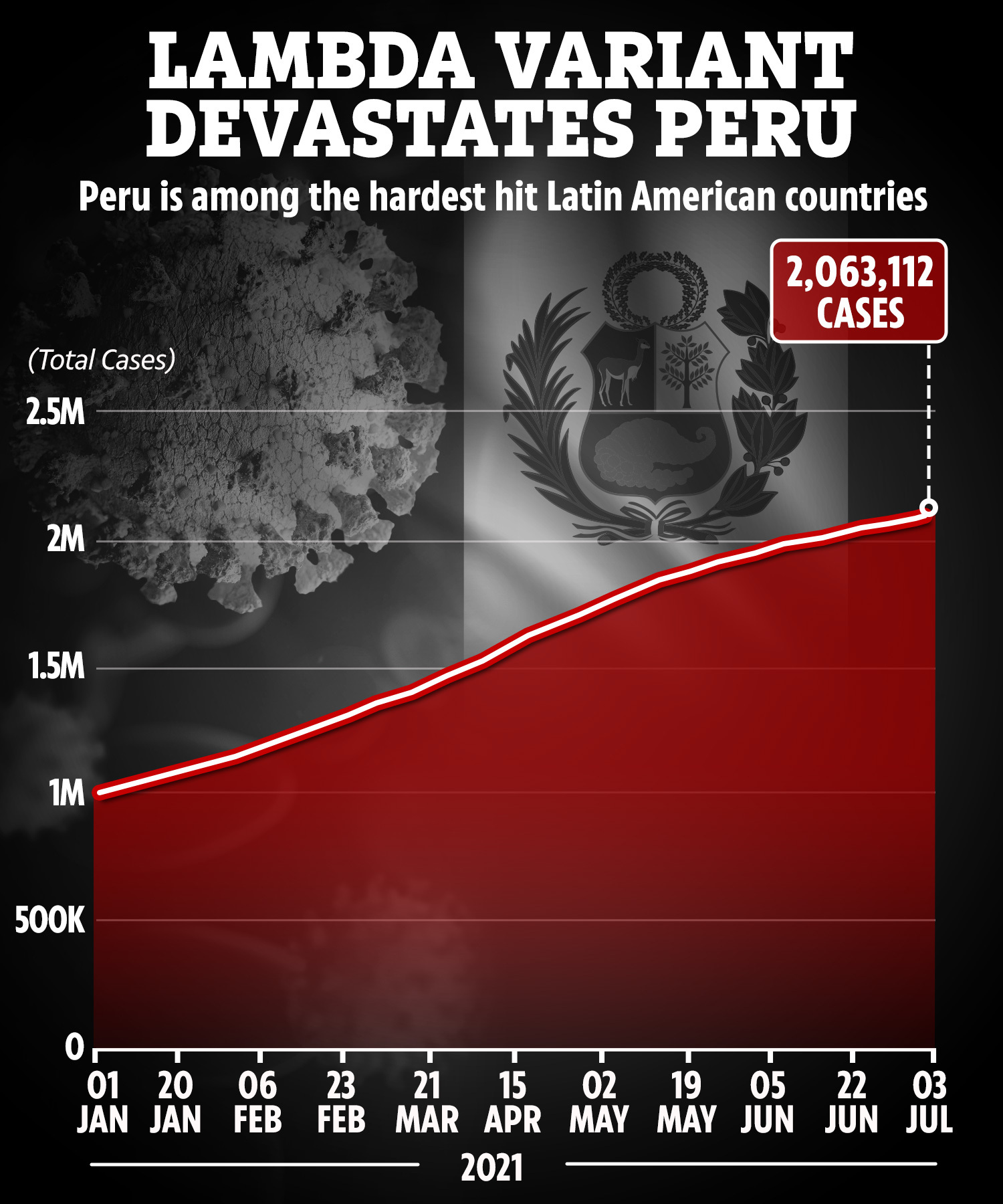 The variant, also known as C.37, has spread to 30 countries, including the UK and US.

Malaysia has already said Lambda is "more infectious than the Delta variant".

The Lambda strain is now considered as the seventh "variant of interest" by the WHO, and is now being closely followed by Public Health England after six cases were recorded in the country.