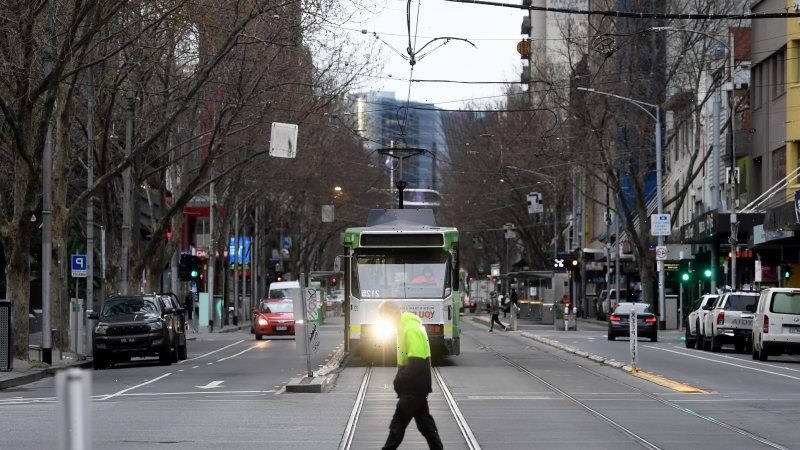 Victoria recorded 1220 locally acquired cases and three deaths from COVID-19 on Sunday, with experts in epidemiology predicting it will be another month before the state’s cases plateau.

There were 36,248 vaccination doses completed across Saturday, with more than 71,000 COVID-19 tests returned. Victoria now has 11,785 active cases. 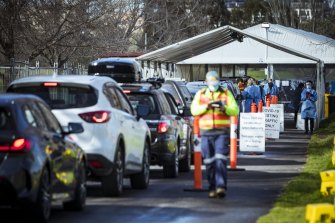 More than 71,000 Victorians had their COVID-19 test results returned on Saturday.Credit:Chris Hopkins

Epidemiologist Adrian Esterman said that before last weekend, Victoria was nearing the milestone of reducing the number of people a COVID-positive person infects to below one.

He said the state is reporting a reproduction number of 1.19 on September 17, suggesting the peak could have been expected within a couple of weeks.

“But there’s a very high chance that these people who have been disregarding the restrictions have put that back by two or three weeks,” Professor Esterman said. “It’s a terrible shame.”

Deakin University epidemiology chair Catherine Bennett told The Sunday Age it could take a month before numbers started to plateau, if there was not too much more relaxation of rule-following.

Professor Bennett said while the outbreak’s shifting footprint would not necessarily stop Victoria’s case numbers from plateauing, it could make it harder to do “because you are chasing this fire that’s finding new ground”.

“That’s a bit different to NSW where they did manage to keep it quite contained, even though there were a lot of LGAs impacted … and then they could really focus their vaccination efforts.”

A childcare centre in Melbourne’s south-east was listed on Saturday night as Victoria’s latest tier-1 exposure site, along with a hotel in Melbourne’s inner north and a regional gym.

The Clarendon Street Community Child Care Centre in Cranbourne was listed as an exposure site on September 27, forcing a number of staff, children and potentially parents into isolation for 14 days.

South Morang’s My Chemist in Westfield Plenty Valley was visited by a positive case on September 23 to September 25. The sign-writing store Amari Visual Solutions in Tullamarine has also been listed as a tier-1 exposure on September 27.