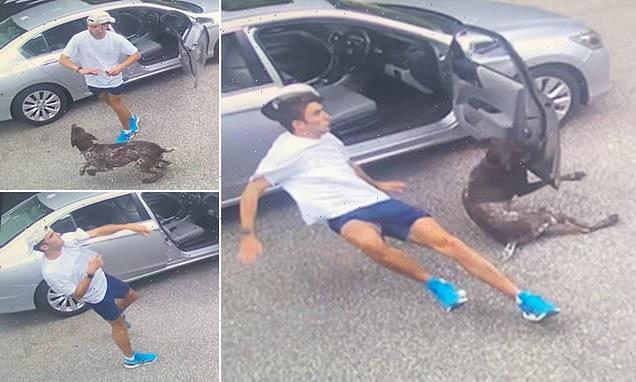 Down boy! Bouncy dog wipes out visitor when he tries to fool him during a game of fetch

A householder from Maine in the United States watched CCTV footage of his pet dog Nelli wiping out his friend Declan who just pulled up outside his house.

Nelli, who is a German shepherd pointer, bounded confidently over to Declan after he pulled up in his car to his childhood friend’s home in Kennebunkport, Maine.

The footage shows how Declan picked up a stick and pretended to throw it in one direction, before spinning around 180 degrees and flinging it in the opposite direction. 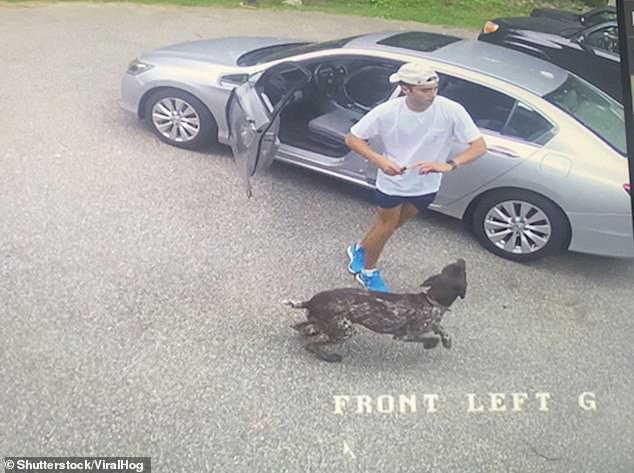 Declan, from Kennebunkport, Maine, picked up a stick and threw it for Nelli, a German shepherd pointer 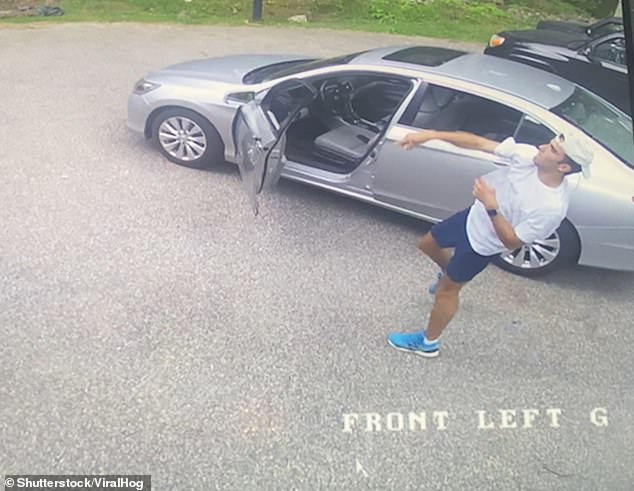 After pretending to throw the stick in one direction, Declan turned 180 degrees 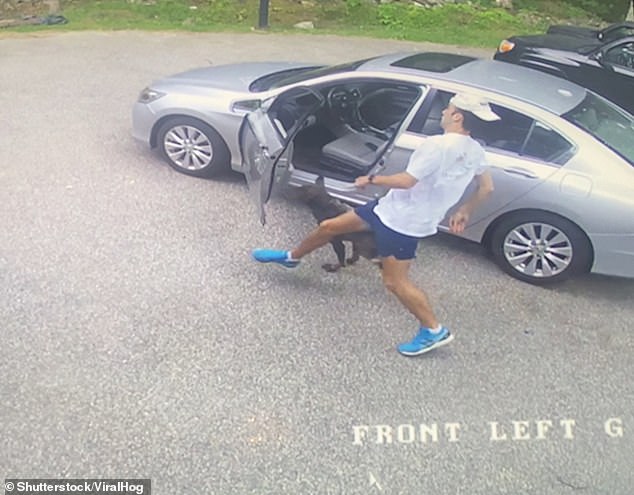 Nelli spotted the ruse and ran after the stick, knocking down Declan in the process 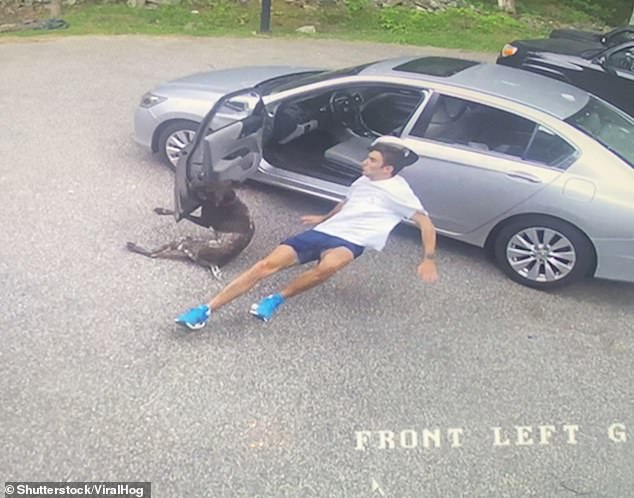 Nelli, who quickly recognized the subterfuge, raced single-mindedly towards the stick and sending Declan sprawling to the ground in the process.

According to the householder, who has not been identified: ‘This video took place in mid-June of this year and features my childhood friend Declan arriving at my house to work out with me and all my friends.

‘After realizing that his car was in the driveway we look outside from the second floor and see him sprawled out on the ground in agony. He soon came inside to tell us that my dog, Nelli, completely took him out when he was trying to throw her a stick.

‘We went back into the camera history and found the time when it all went down. Declan did not tear his anterior cruciate ligament and Nelli was completely fine as you see her bring the stick back waiting for him to throw it again.’ 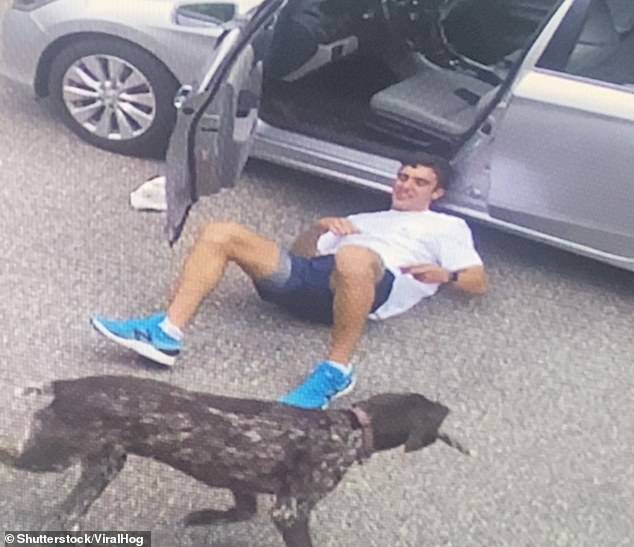 Luckily, neither Declan or Nelli were harmed in the incident which took place in June