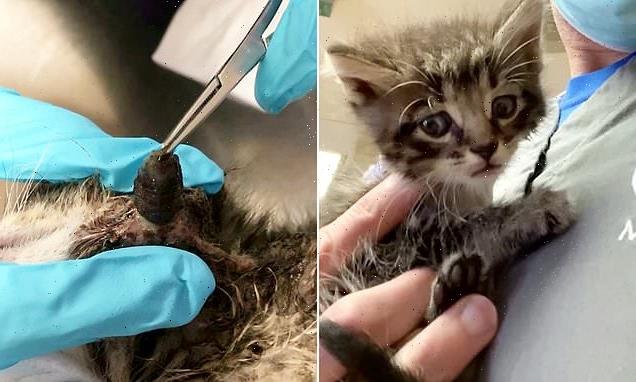 This is the gruesome moment a vet pulled a wriggling parasite out of a tiny kitten’s neck.

Eight-week-old stray Moose was taken to the vets by a ‘Good Samaritan’ after he was spotted looking unwell, with an infected and swollen neck.

The team at Noah’s Ark Animal clinic in Fort Mitchell, Kentucky, realised the tiny tabby kitten had been infected by cuterebra, or botfly, larvae. 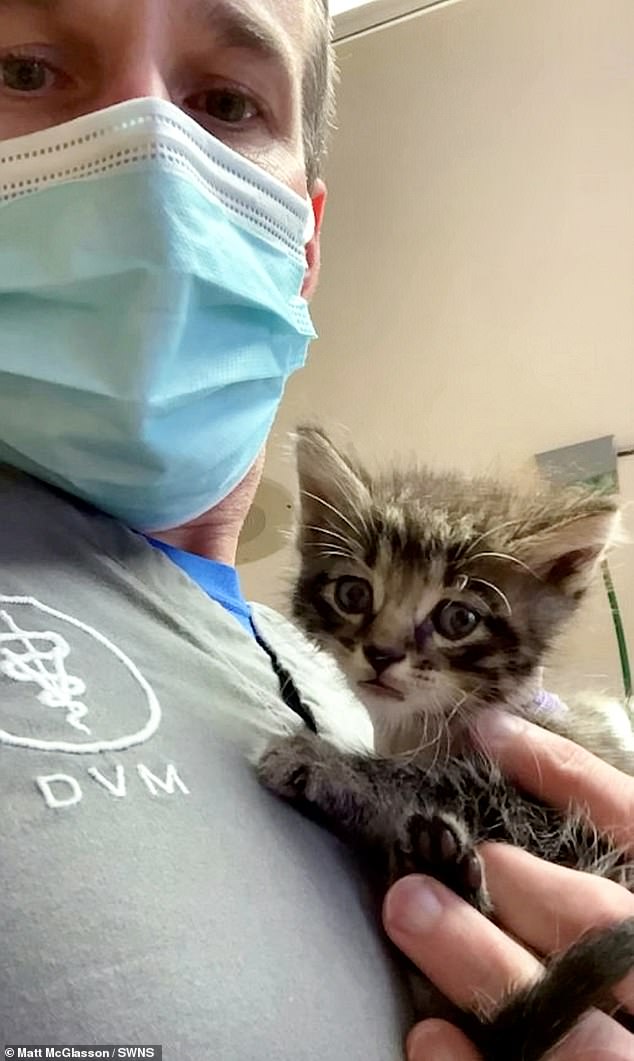 Dr Matt McGlasson of the Noah’s Ark Animal Clinic in Fort Mitchell, Kentucky, said the treatment was successful and Moose will make a full recovery 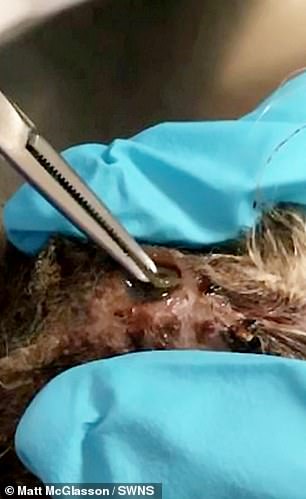 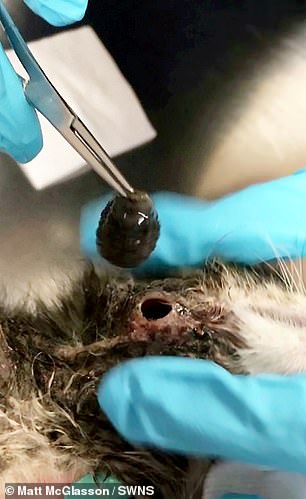 The botfly larvae had burrowed into the kitten’s neck causing considerable discomfort, swelling and infection

Doctor Matt McGlasson placed the kitten under local anesthetic and began the procedure to extract the huge bug.

The kitten emerged from the procedure unscathed and has now been adopted by one of Dr McGlasson’s team members.

Matt said: ‘Moose was approximately eight weeks old when a Good Samaritan brought him into our office. He is a male domestic medium-hair tabby.

‘He had a large cuterebra larvae in his neck that was infected and swollen.

‘The procedure involves just a local anesthetic and grabbing hold of the giant larvae and gently extracting it.

‘We then flushed the wound and he was started on antibiotics and medicine for pain. 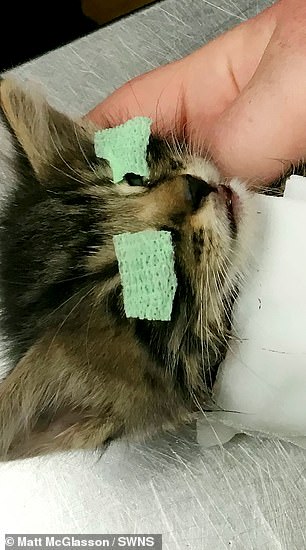 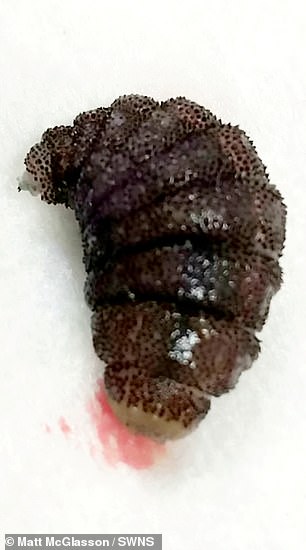 The kitten emerged from the procedure unscathed and has now been adopted by one of Dr McGlasson’s team members. Right, the larvae continued to wriggle after being removed from its host

‘Moose is doing great! He made a full recovery and one of my staff adopted him. He is now very spoiled and happy.

‘This is something that can happen to cats that spend time outside.’

Cats often become unwitting hosts to the cuterebra parasite when hunting rodents as the botflies, also known as warble flies, like to lay their eggs at the entrance to small animals’ burrows.

Varieties that infest humans are normally restricted to Central and Southern America.

What is a botfly and can it infect humans?

Botflies are normally found in Central and Southern America.

They can grow to about 3/4 of an inch long and look like hairy bees.

According to the British Medical Journal: ‘The larvae of botflies reach their hosts through a process called phoresis, whereby botflies capture and deposit their eggs on a blood-feeding insect (such as a mosquito) and these eggs are, in turn, transmitted to the host during a mosquito’s blood meal.

‘The warmth of the host’s body triggers the fly eggs to hatch, and the larvae then burrow into the subcutaneous tissue.’

The larvae can spend between  four and 18 weeks burrowed into the host before falling off to pupate in the soil. 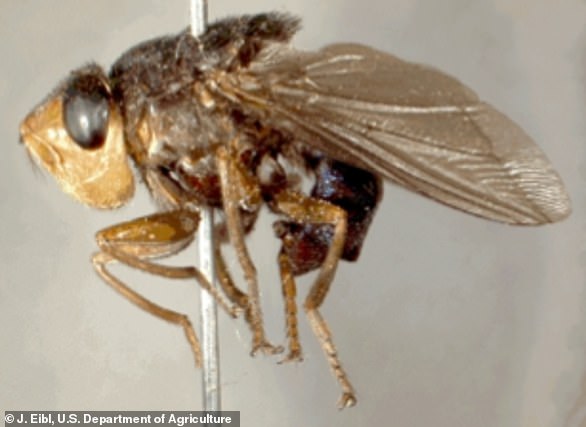 Botflies are normally found in Central and Southern America. They can grow to about 3/4 of an inch long and look like hairy bees