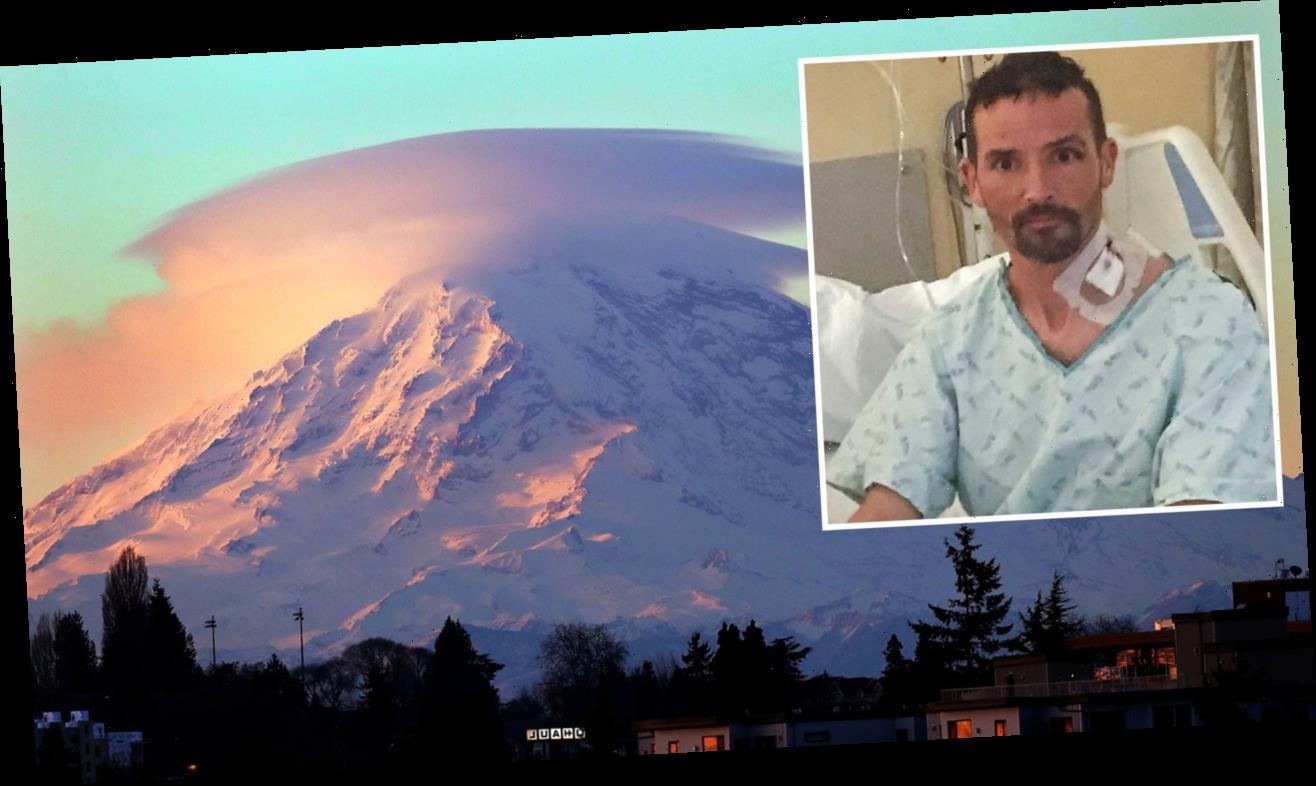 A hiker who was rescued after getting lost in a whiteout in a Washington state park “came back from the dead” at a hospital after his heart stopped for 45 minutes, in what doctors are calling an astonishing recovery.

Michael Knapinski, 45, “died” at the Harborview Medical Center’s ER after being airlifted from Mount Rainier National Park on Nov. 8, The Seattle Times reported.

He had a pulse when he arrived at the hospital but his heart stopped shortly thereafter, Dr. Jenelle Badulak told the newspaper.

“He died while he was in the ER, which gave us the unique opportunity to try and save his life by basically bypassing his heart and lungs, which is the most advanced form of artificial life support that we have in the world,” Badulak said. 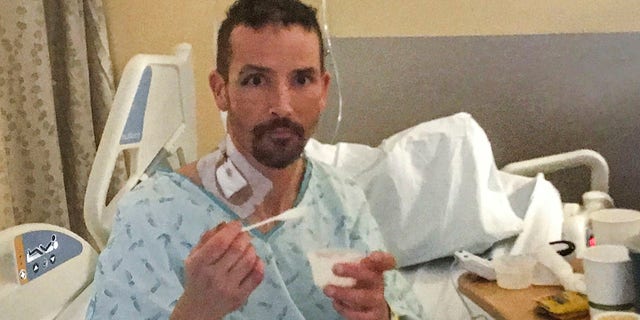 Knapinski, 45, of Woodinville, Wash., was recovering Friday at Harborview Medical Center in Seattle. (Susan Gregg/University of Washington Medicine via AP)

He remained dead for about 45 minutes as a medical team administered CPR and hooked him up to an extracorporeal membrane oxygenation, or ECMO, machine, which pumps blood to a heart-lung machine that removes carbon dioxide and sends oxygen-filled blood back, she told the paper.

The Woodinville resident had been hiking with a friend when the two separated below the Muir Snowfield and planned to meet up later in Paradise, an area about 5,400 feet on the south slope of Mount Ranier.

“I was pretty close to the end (of the trail). … Then it turned to whiteout conditions, and I couldn’t see anything,” Knapinski, who made the trek on snow shoes, told The Seattle Times. “I’m not sure what happened. I think I fell.” 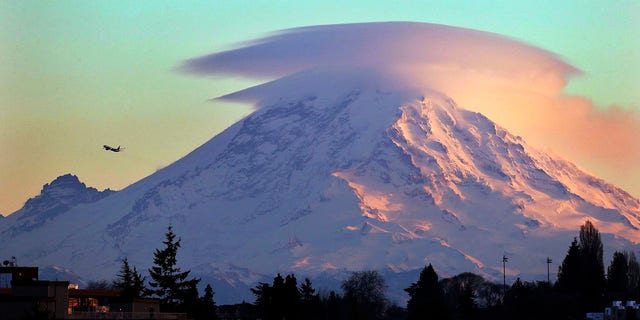 Knapinski was airlifted off the mountain on Nov. 8 to Harborview Medical Center in Seattle after getting lost in whiteout conditions. (AP Photo/Elaine Thompson, File)

When Knapinski failed to show up, his pal reported him missing and three National Park Service teams launched a rescue effort that was hampered by frigid conditions of 16 degrees.

A helicopter finally spotted Knapinski in the Nisqually River drainage, which ground teams reached about an hour later. A Navy chopper flew him to Seattle’s Harborview Medical Center, where he arrived unconscious. 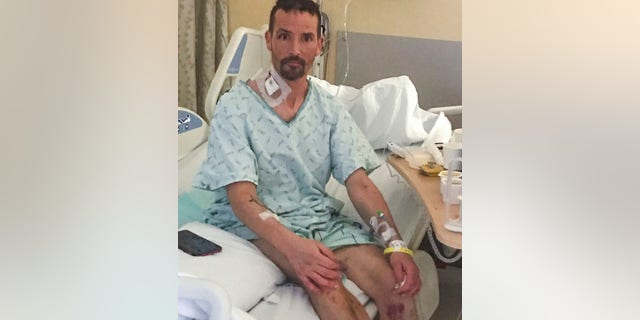 Knapinski’s heart stopped for 45 minutes in the emergency room after he was airlifted off the mountain, but the medical team at Harborview used an extracorporeal membrane oxygenation (ECMO) machine to save his life, according to spokeswoman Susan Gregg. (Susan Gregg/University of Washington Medicine via AP)

Trauma nurse Whitney Holen said the first thing he wanted to do was call his family.

“He was crying and they were crying and I’m fairly sure I cried a little bit,” Holen told The Seattle Times. “It was just really special to see someone that we had worked so hard on from start to finish to then wake up that dramatically and that impressively.”

Even though his kidneys were still not functioning properly and he suffered serious frostbite, Knapinski is expected to be OK.

“He came back from the dead. … Maybe not medically quite correct, but his heart wasn’t beating for more than 45 minutes,” said Dr. Saman Arbabi, medical director of the surgical intensive-care unit. “It’s amazing.”

Knapinski said he spends a lot of time volunteering at a Salvation Army Food Bank and building houses for foster children.

“And as soon as I get physically able, that’s going to be my calling in life,” he told the paper. “Just helping people. … I’m still just shocked and amazed.”

He added: “(The Harborview staff) just didn’t give up on me. … They did one heck of a job at keeping me alive. I’ve got a million people to thank.”

This article first appeared in the New York Post.