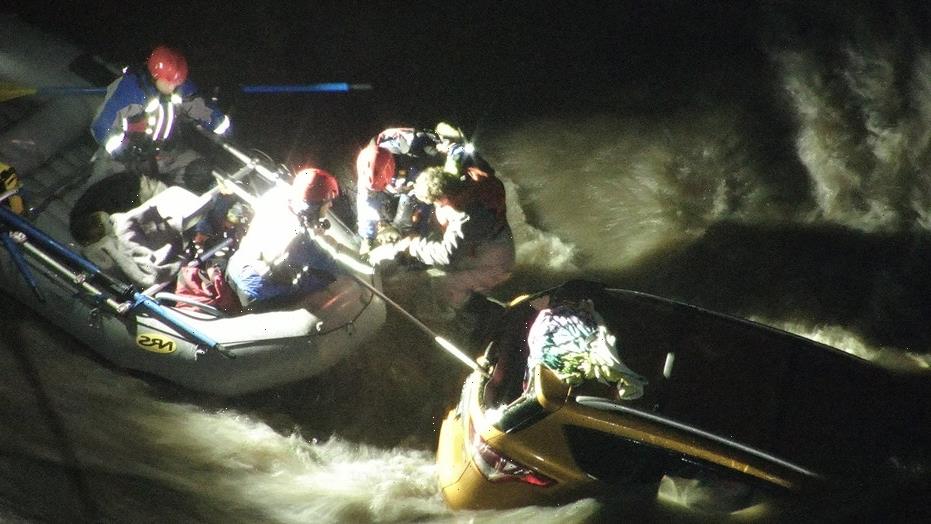 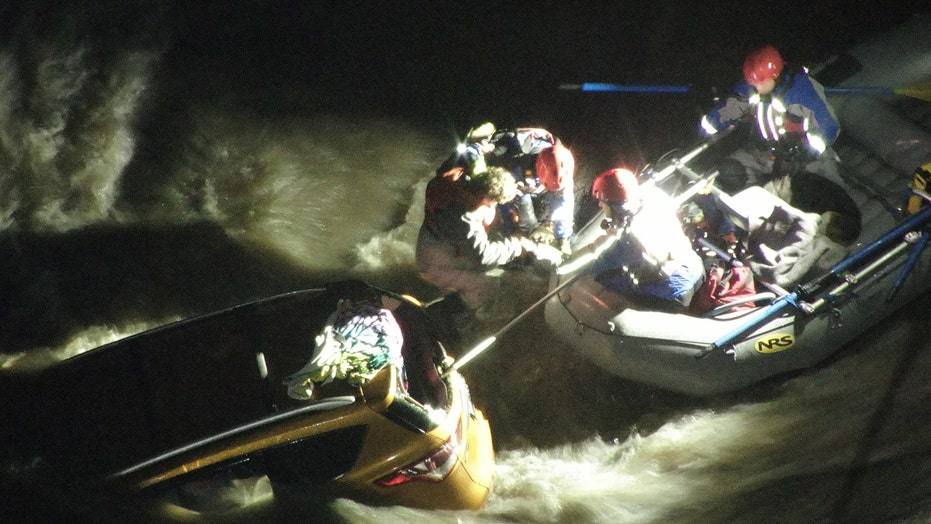 A Washington state woman and her dog were rescued from the roof of her car after the vehicle got stuck in rising river water and began to submerge over the weekend, authorities said.

The water rescue happened just before 10 p.m. on Saturday night in the Yakima River near the city of Zillah in Yakima County, Yakima County Fire District #5 posted on Facebook.

Laura Larsen replied to the post, thanking first responders and writing that she and her dog Bailey were driving on a gravel area across from a shallow side channel near the river. Larsen wrote that she had often traveled across this path, but noted that she was unprepared for what happened this time.

Larsen said the water level rose quickly and the fog in the area made it difficult to tell the water’s depth as she drove through it, calling it a “huge misjudgment.” Her car became stuck in the rising water.

“When the engine died, we were swept downriver so quickly, there wasn’t time to do much more than get the windows down before the power failed, grab my phone, and get onto the roof to call for help,” Larsen wrote. 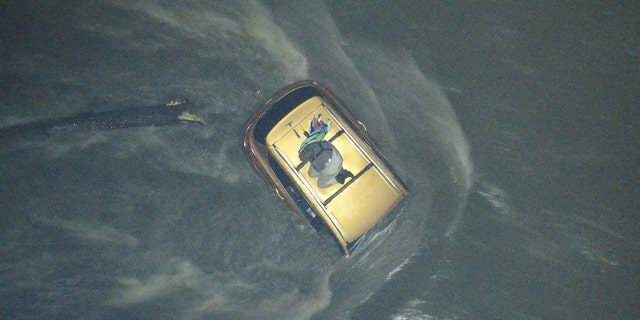 Rescuers in the air located Larsen in the Yakima River before sending a raft to rescue her and her dog Bailey.
(Yakima County Fire District #5)

Larsen said she broke the rear window and got Bailey and herself safely onto the roof to await help. 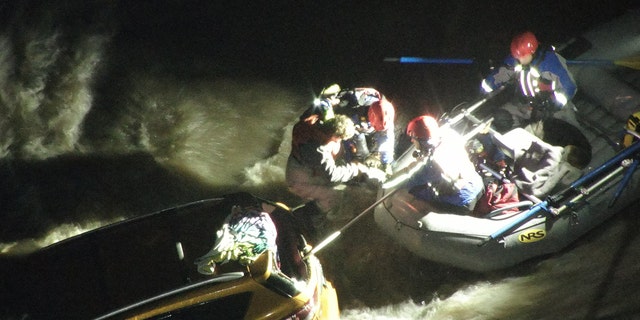 Rescuers used a raft to reach Larsen and Bailey and take them to safety.
(Yakima County Fire District #5)

Rescuers located Larsen on top of her car from the air. They used a raft to reach Larsen and Bailey and take them to safety. She was treated at the scene after reaching land and released, officials said. 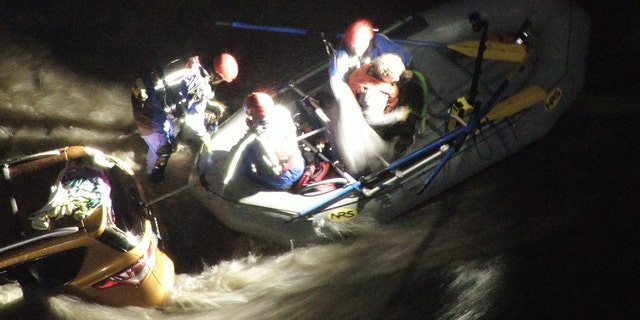 “Not my proudest moment or top 10 favorite experiences, but we made it out safely by God’s grace and the actions of those incredible folks,” Larsen wrote, thanking the first responders.

Larsen told the Yakima Herald that she enjoys studying rocks and liked to frequent the river in search of rare and exotic rock formations finds.