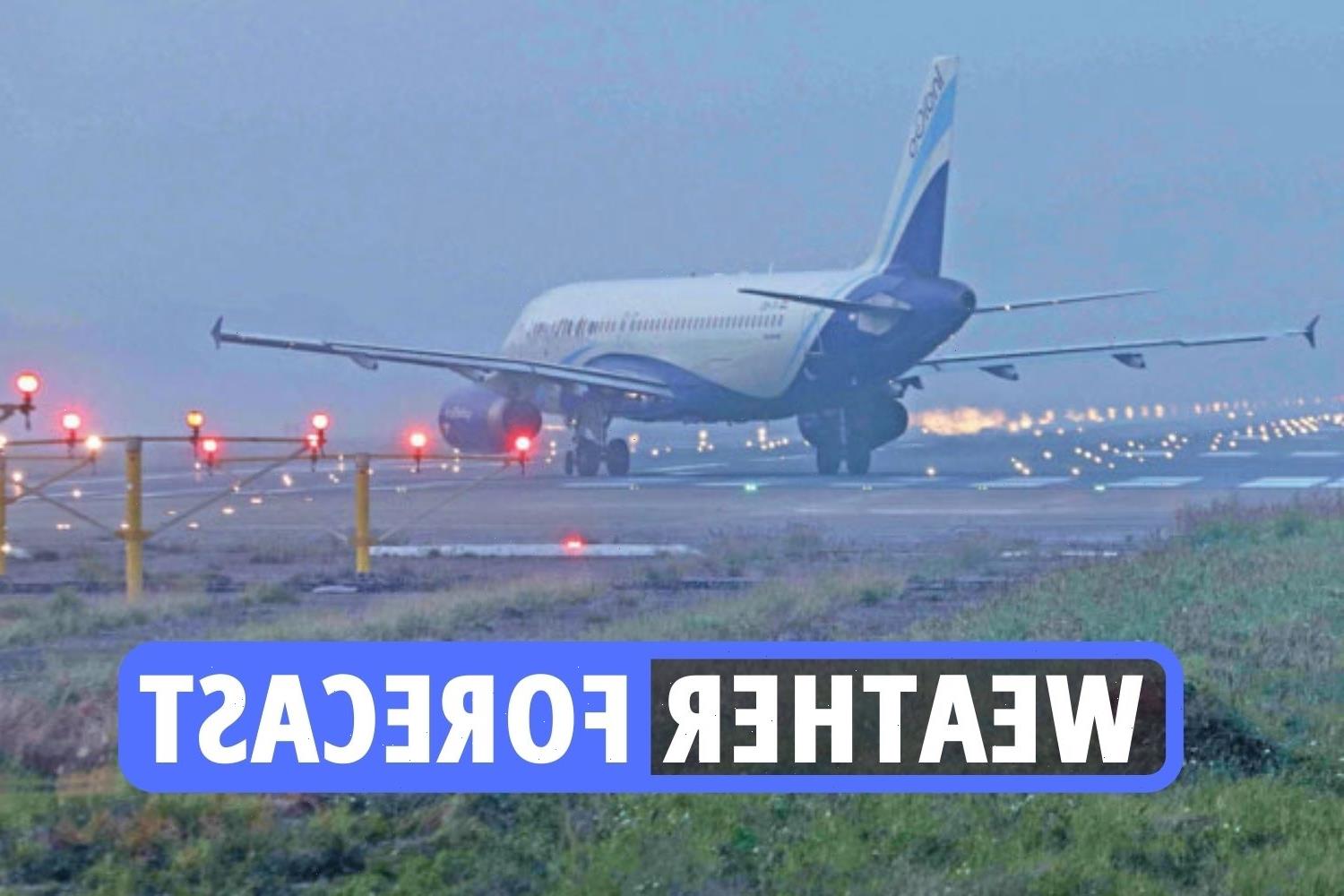 THE Met Office has issued yellow weather warnings for fog, this evening and they cover parts of central and southern England until tomorrow morning.

The warning is for west Midlands, south west England as well as London and south east England and is set to last until 11am tomorrow.

The majority of the UK had been blanketed in “dense” fog, causing visibility to drop to less than 100 meters, the Met Office warned.

Ahead of the warning, the Met Office has advised people to expect slower journey times – with the possibility of delays to bus and train services, and delays or cancellations to flights.

The Met Office have also said that 'there are also areas of low cloud affecting parts of the UK' this morning.