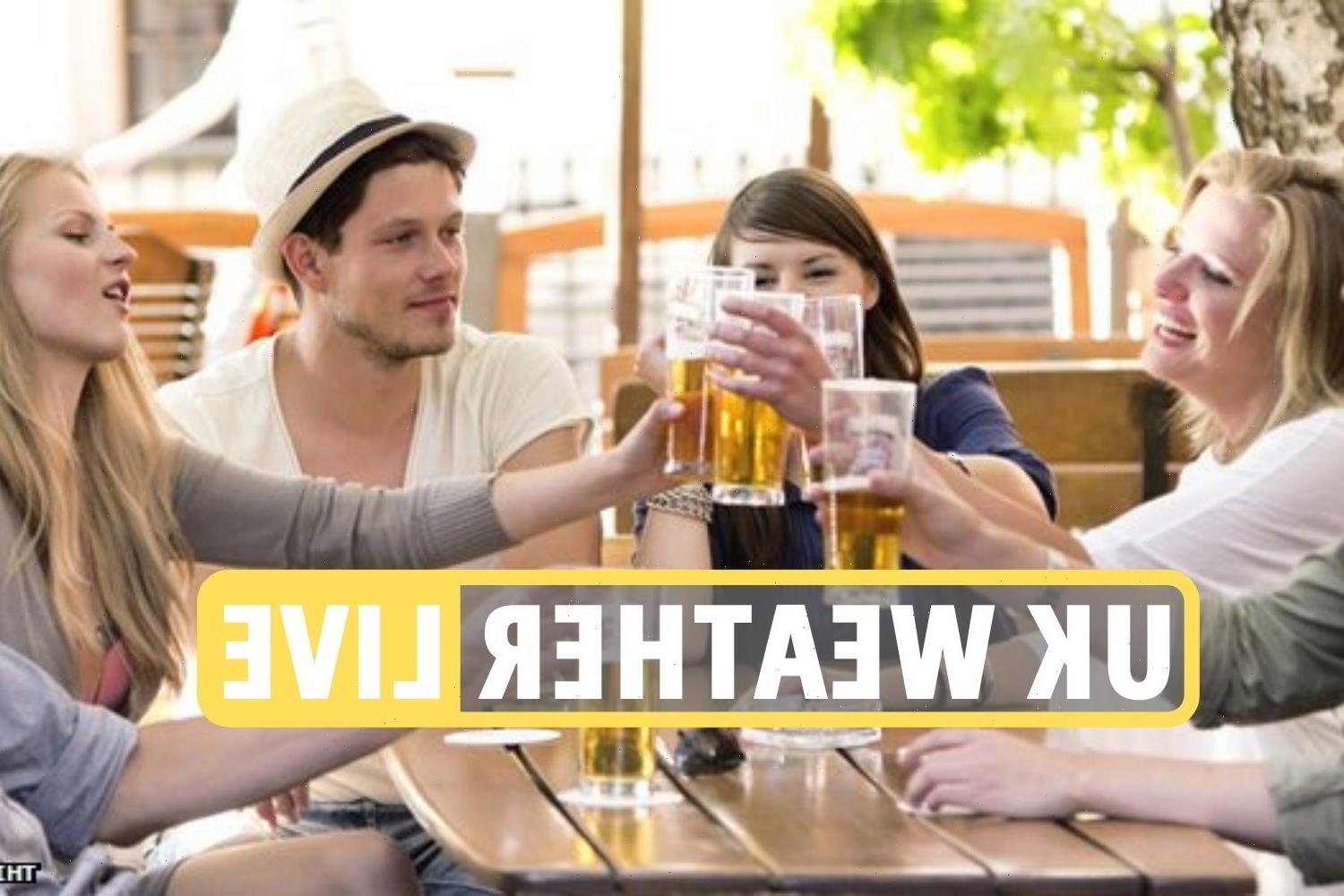 BRITAIN is set to bask in a mini-heatwave next week, with temperatures reaching 17C.

The warmer weather is a huge boost for pub beer gardens and BBQs as coronavirus restrictions ease across England.

Yesterday, outdoor hospitality was allowed to reopen after being closed for months during lockdown.

Brits were seen at pub beer gardens, outdoor bars and restaurants around the country despite cold temperatures – with some people even braving heavy snow to enjoy a pint.

Pals knocked back pints on deckchairs at The Cat and Fiddle Inn in Macclesfield, Cheshire, surrounded by snowy ground.