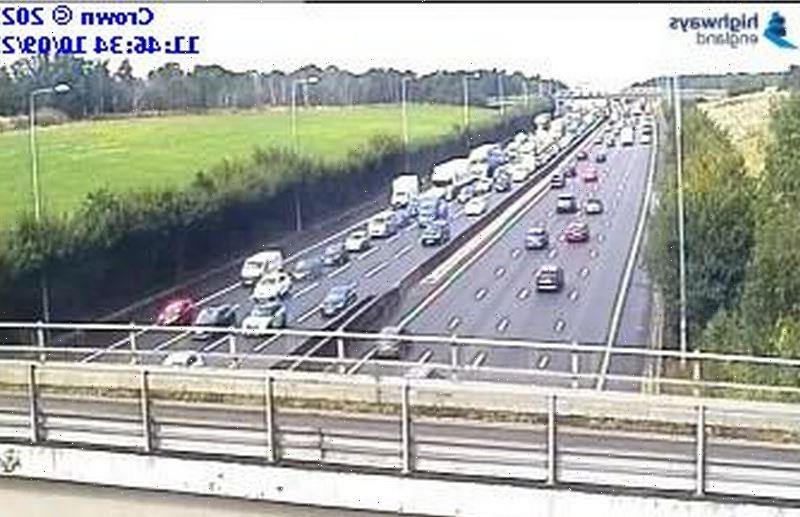 DRIVERS banking on a weekend getaway are being hit with travel chaos – as the M25 sees eight-mile queues.

Eager sunseekers hoping to escape the washout weather are facing miles of congestion on major roads across the country. 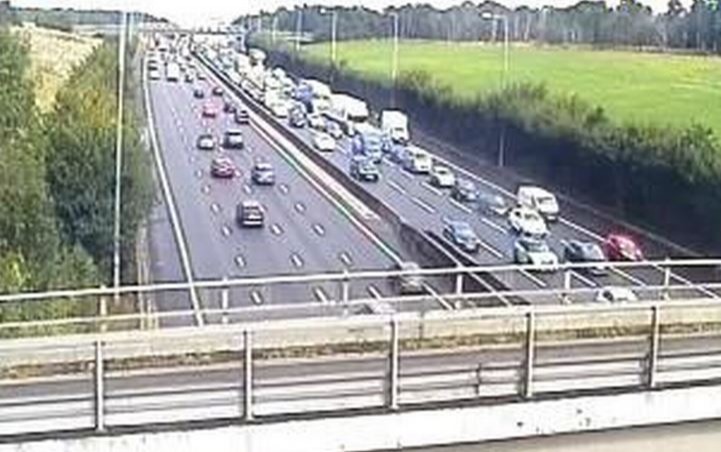 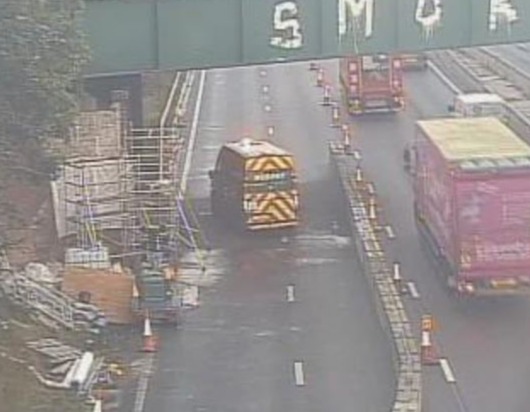 In Buckinghamshire, eight miles of traffic on the M25 and the
M40 interchange is causing 20 minute delays.

And a broken down vehicle near Winchester has caused bumper-to-bumper traffic on the M3 Northbound between Junction 10 and Junction 9.

The M1 is closed to drivers heading north in Derbyshire between Junction 28 and Junction 29 due to a crash.

And the M6 northbound is gridlocked for three miles after the death of a lorry driver whose vehicle crashed into a railway bridge between junctions 17 and 18.

Meanwhile in Hampshire, a lorry erupted into flames on the A3, forcing officers to shut the road in both directions just after the Ham Barn roundabout.

Shocking pictures show the burnt-out shell of the vehicle as firefighters try to douse the flames.

And the A361 heading between South Molton and the M5 in Devon has been hit with slow traffic, BBC Travel reports.

And in Cornwall, the A30 between Scorrier and Carland Cross and at the Hayle Bypass is seeing very slow traffic both ways – while the A39 at Carland Cross is also "very busy".

It comes as torrential downpours continue to hit much of the UK – and a fresh weather warning for thunderstorms and heavy rain has been issued today.

The yellow weather warning has been slapped on the eastern coast of the UK until 8pm tonight, warning Brits to brace for flash flooding and lightning strikes.

The Met Office said showers could hit "almost anywhere" in the country today, with the heaviest and most thundery to batter the north and east.

Although the mercury will barely peak above 20C on Friday, the UK is set to enjoy highs of 24C over the weekend.

Oli Claydon, Met Office spokesman, told The Sun Online: "On Saturday, it's a bit of a better picture of most of the UK than today.

"The rain will mostly be confined to northern parts of Scotland, and it will be a brighter and drier day in many places. 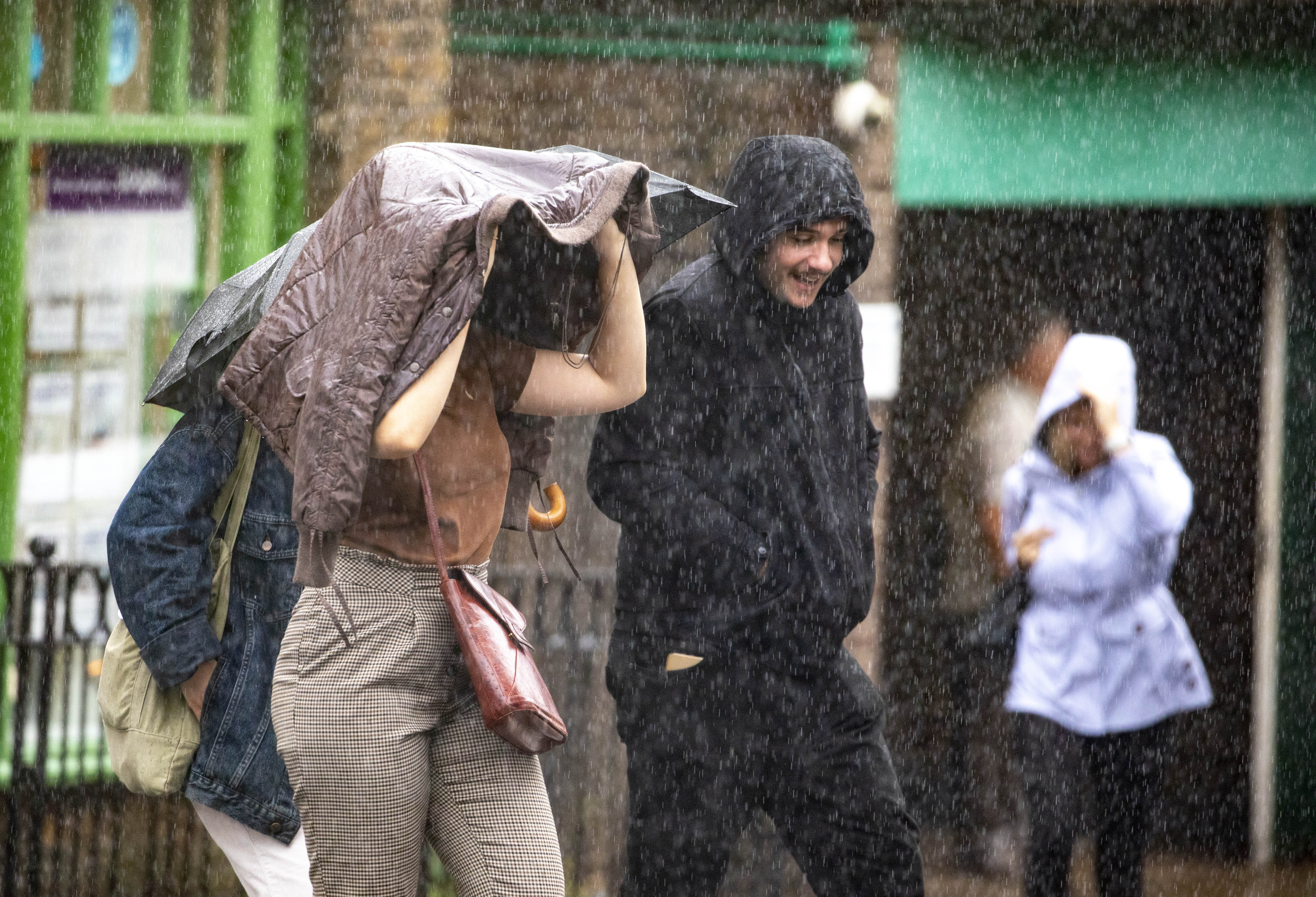 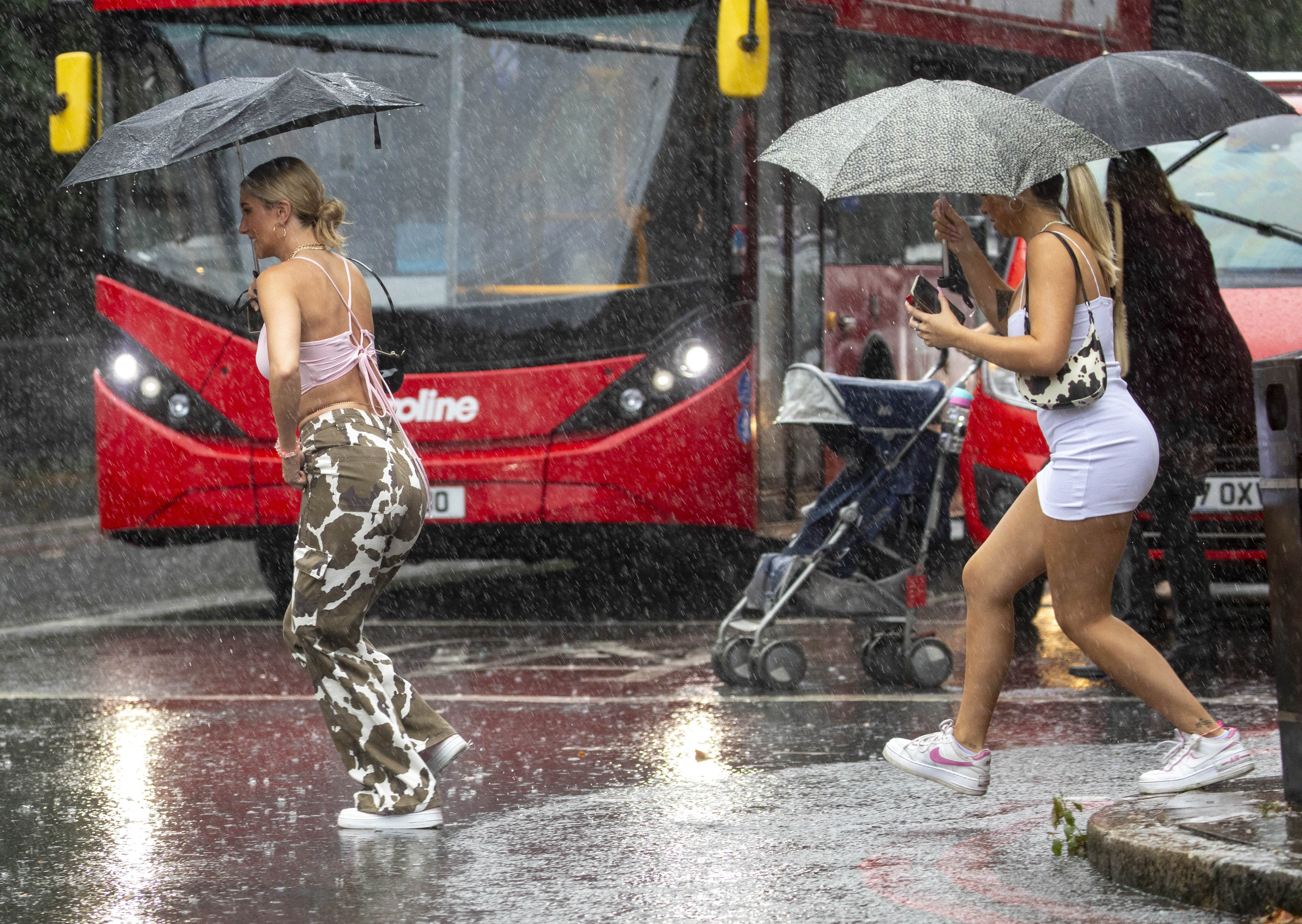 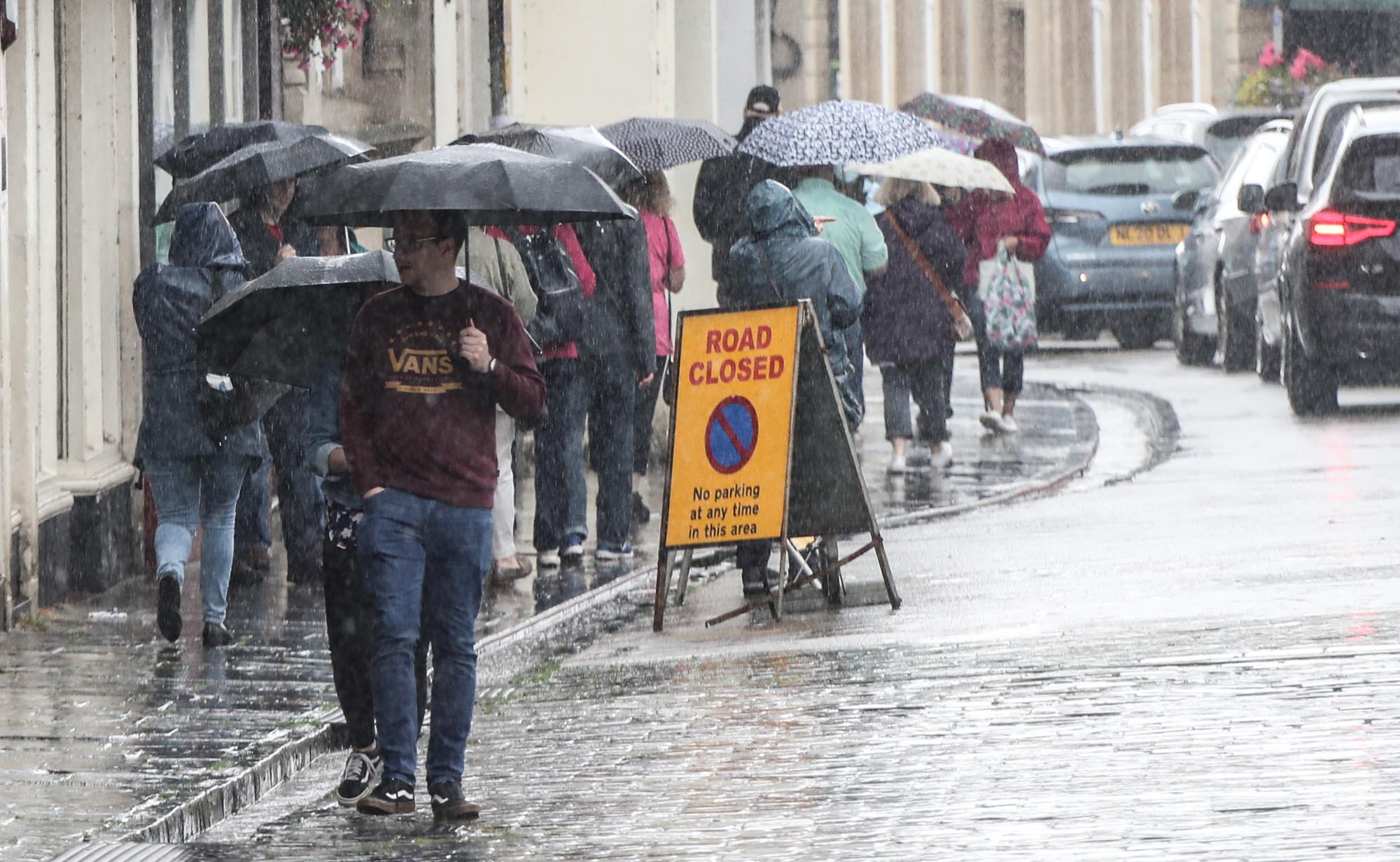