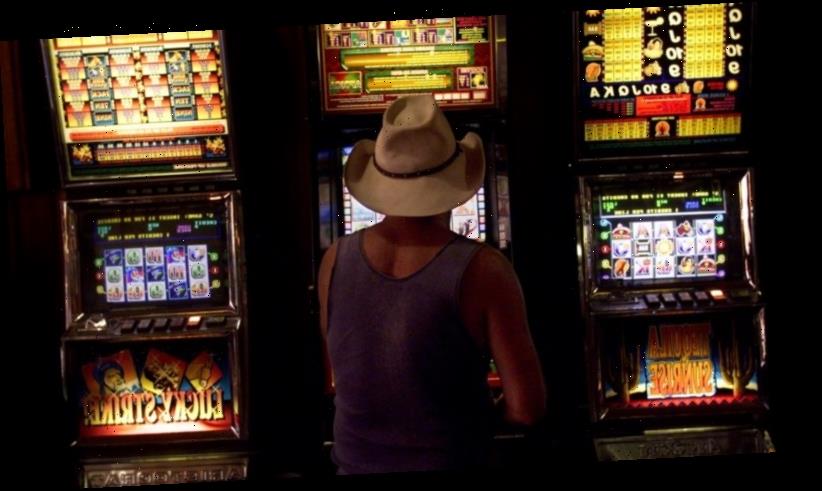 How would a gambling card work? And why are we talking about it now?

Last October, a NSW member of Cabinet, Victor Dominello, proposed revolutionary reforms to liquor and gaming laws, which he oversees. One of the most controversial elements of the proposal was a plan to transition pokie players from dropping the odd pineapple on the slots to having to register and pre-load money onto regulated, cashless cards that would be linked to the gambler’s identity.

The idea was that such a card would help curb the activities of problem gamblers – with the added factor it might also stem money laundering in gambling venues.

On February 9, the liquor and gaming laws and their potential reform were shoved into the spotlight as former Supreme Court judge Patricia Bergin handed down a report that followed an 18-month inquiry into Crown Resorts, which exposed allegations of money laundering. In her comments to the independent liquor and gaming authority, she said such a card could be a “powerful mechanism” against organised crime.

The plan for the card was developed in response to a 12 per cent increase in poker machine expenditure during the COVID-19 pandemic – the biggest annual increase in the history of Liquor and Gaming NSW.

So how would such a card work? What are the criticisms of it? And why might we need one?

What is the gambling card and how would it work?

The government has proposed that all “gaming machine” players register and pre-load money onto a government-regulated card that would operate similarly to the state’s cashless Opal cards (which are for public transport). Players would need a card to play on a machine.

The card aims to reduce both gambling harm and money laundering in NSW, which has been dubbed by the head of the Alliance for Gambling Reform, Tim Costello, as the “non-casino pokies capital of the world”.

The card would be overseen by the Privacy Commissioner and linked to the state’s existing exclusion register, which is designed to prevent thousands of self-excluded gamblers from accessing poker machines. Individuals sign a deed asking to be banned from one or more gaming venues.

If you’re on the register, you wouldn’t be able to get a card. As it stands, there are no sanctions for individuals or venues for breaching the state’s exclusion register. In fact, 2019’s NSW Gambling Survey showed 92 per cent of excluded gamblers were able to enter a venue they should have been restricted from to play the pokies.

Under the proposed reforms, separate from the card, venues would face up to a $27,000 fine if found to be in breach of the self-exclusion restrictions. The proposal would also allow relatives of gamblers to apply to have their relatives banned from venues.

Between July and December of 2020, total gaming machine profits was $4.4 billion, up from $4 billion in the last six months of 2019, despite halted trading in pubs and clubs due to restrictions implemented to stop the spread of the coronavirus.

Mr Dominello, as Minister for Customer Service, has cited the death of Sydney man Gary Van Duinen, who took his own life following a poker machine binge at Dee Why RSL, as part of the motivation behind the card proposal.

Why are we talking about this now?

Commissioner Bergin’s 800-page report into Crown’s suitability to keep the licence for its new $2.2-billion Barangaroo casino has found that Crown Sydney was not a “suitable person” to hold a casino licence but there are steps the giant may take to make it suitable to hold a licence.

The report showed that Crown’s gaming machines had been used to launder money in its Melbourne and Perth casinos, bringing Mr Dominello’s card proposal into the limelight.

Although the inquiry’s report says a gambling card would be a “matter for government”, it notes casinos would be “free to introduce their own mechanisms of a similar kind for their own patrons”.

“There is a recent development in this regard in NSW with a proposal for the introduction of a ‘gambling card’ that would enable the tracking of cash through a casino,” the report says.

How would a cashless card stop money laundering?

Money laundering is where the origin of illegally obtained funds is concealed by a complex sequence of transfers or transactions. Gaming machines and the larger gambling industry can be used to assist this process because they are among the only arenas where significant amounts of cash can flow in and out of a premises in a largely unregulated way. The scale and frequency of the transactions make gaming machines a perfect place to hide the profits from nefarious or illegal deals.

For example, an individual can enter an RSL club, put say $1000 into a machine, play for three minutes and cash in the majority of that sum. This process is referred to as “cleaning” money and provides a justification for having large amounts of cash on ones person. If the individual is questioned about the origins of the money? They’ve just had a good day on the pokies.

About 20 per cent of the $6 billion players lose on gaming machines each year is “almost certainly” associated with crime, according to estimates from the Australian government’s ministerial expert advisory group on gambling. This is because NSW has a very high “load limit”, meaning anyone can enter a pub or club in the state and put $7500 into one machine. It’s not that high anywhere else in the country, except in the ACT where there is no limit.

How many people have a gambling problem in NSW?

Just over half (53 per cent) of adults in NSW gamble, according to the 2019 NSW Gambling Survey. The Problem Gambling Severity Index from 2019 indicates 1 per cent of NSW adults are problem gamblers.

If you’re a single male aged between 18 and 24 who happens to be unemployed, you’re most likely to make up the 1 per cent of adults who are problem gamblers, according to the index.

The consequences of gambling are not limited to the player – an international study into gambling found in 2017 that for every problem gambler, six people around them are affected financially, socially or psychologically.

What are the criticisms of the card?

Clubs NSW has warned this is the worst time to force “expensive solutions” on clubs as they continue to grapple with the financial impact of the coronavirus pandemic.

Because the cards are linked to an individual’s identity, some people are concerned they will create a potential for data breaches and also feel Clubs NSW have not been adequately consulted in the development of the plan.

Concerns have also been raised by Alliance for Gambling Reform’s Tim Costello about the importance of ensuring the design of the cards do not detach players from the value of losing real money as this could have an inverse effect in curbing gambling harm.

Has a card worked anywhere else?

This is the first proposal in the world to create cashless gaming cards that will connect a player’s identity to their pre-loaded money and be accessible by a regulatory government body and relevant pub or club.

Nova Scotia in Canada abandoned a gaming card program in 2014 where players would use preloaded cards instead of cash. But Nova Scotia’s program was not identity-linked, so players were able to skirt around the system by swapping, sharing and hoarding multiple cards.

What are the next steps? Will a card be introduced?

Thanks to an unlikely alliance between the Greens and One Nation’s Mark Latham, Mr Dominello has enough crossbench support in the upper house to suggest the card reform could pass, although Labor remains divided on it.

Church leaders have urged MPs to back both the gambling reform package and the card plan, as has former Labor treasurer Michael Egan who has asked backbenchers to stay strong against a campaign by the clubs industry, which vehemently oppose it.

In the meantime, Mr Dominello will have to win his cabinet colleagues’ support on his ambitious card plan.

Lifeline crisis supporters are available on the phone 24 hours a day, seven days a week on 13 11 14.

If you'd like some expert background on an issue or a news event, drop us a line at explainers@smh.com.au or explainers@theage.com.au. Read more explainers here.