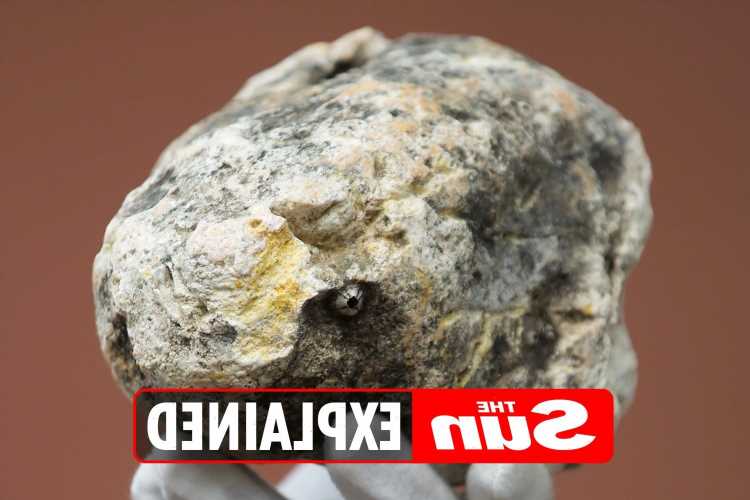 AMBERGRIS is a natural substance that has become lucrative in the world of perfumery.

But what is it and what is its value? Here is everything you need to know… 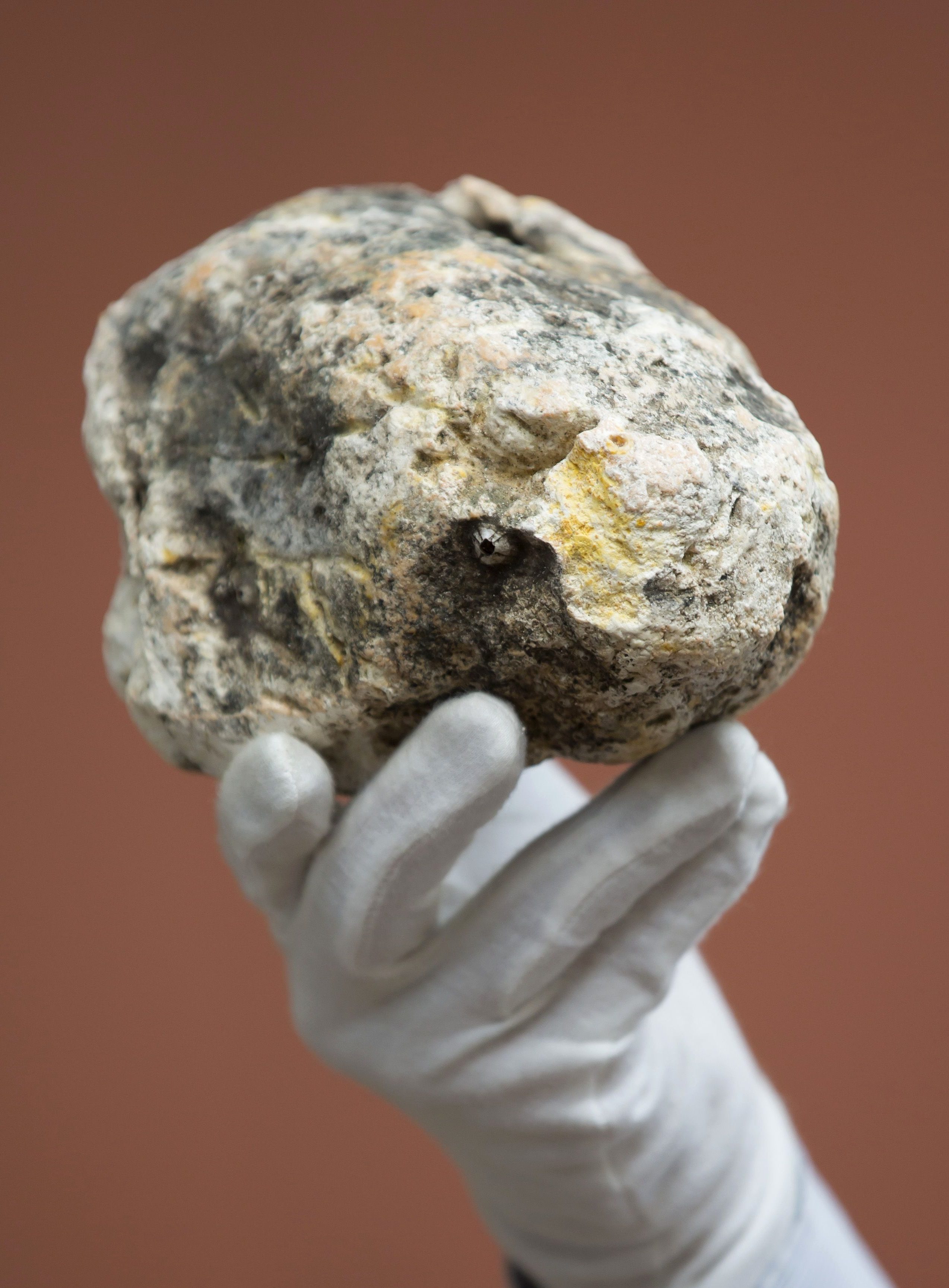 Ambergris is a valuable and rare substance used in the perfume industry.

Ambrein, an odourless alcohol, is extracted from ambergris and used to make a perfume's scent last longer.

It is produced by sperm whales when their bile ducts in the gastrointestinal tract make secretions to ease the passage of sharp objects.

Sperm whales eat large quantities of cuttlefish and squid which forces them to vomit out the indigestible parts of their prey including beaks and hard shells.

It is the secretions surrounding the indigestible parts that gets vomited out, solidifies and floats on the surface of the ocean.

Ambergris has been used by humans for centuries.

Fossilised evidence of the substance dates back 1.75 million years, and it is likely that humans have been using it for more than 1,000 years.

However, it was not until large-scale whaling began in the 1800s that the identity of its sole producer, the sperm whale, was uncovered. 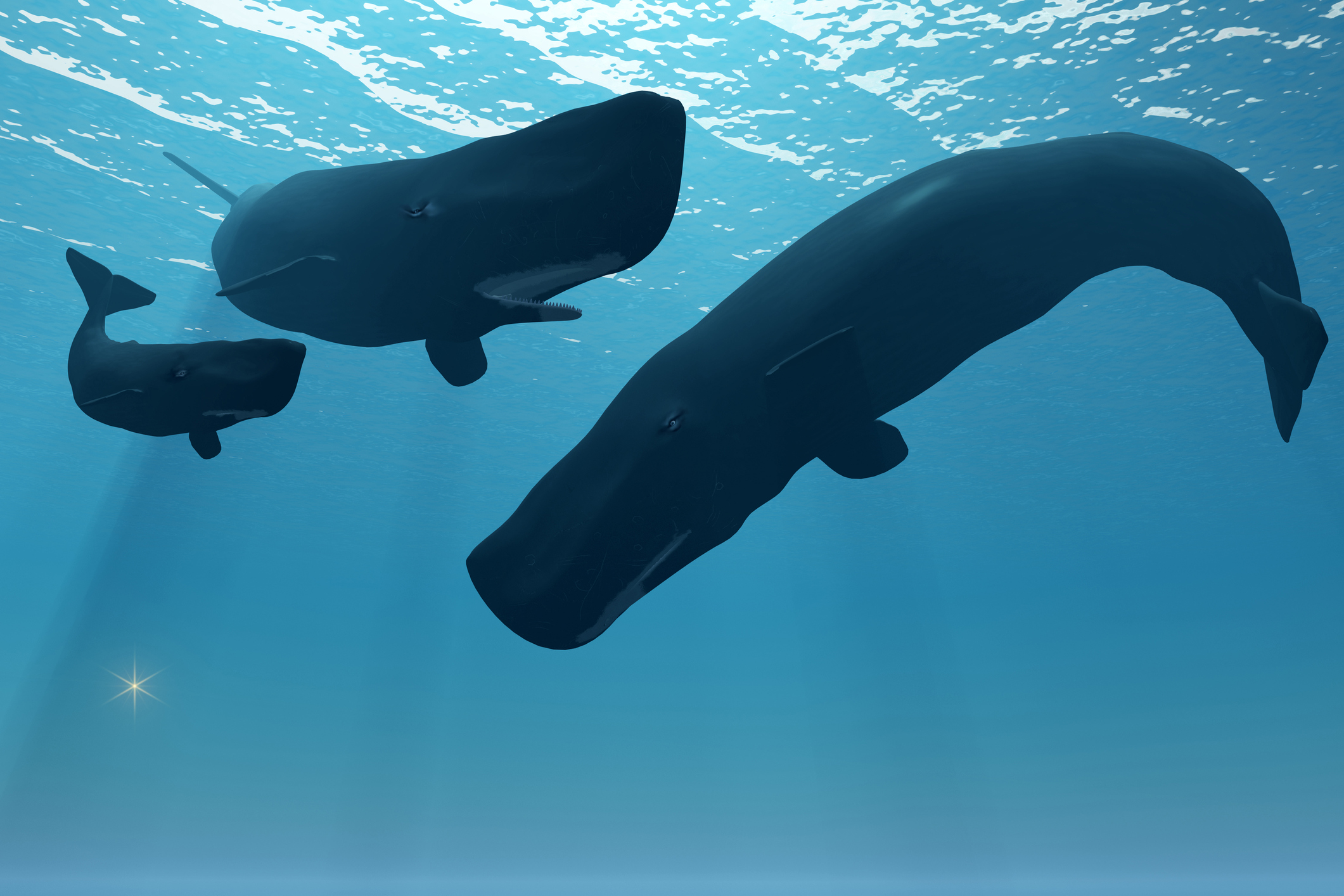 How much is ambergris worth?

Depending on the quality and the colour of the substance, the price of ambergris varies.

In February 2021, a group of Yemeni fishermen found 127kg worth of ambergris which they sold for over £1million.

In November 2020, a penniless fisherman in Thailand stumbled on a large blob of ambergris that was worth an astonishing £2.4million.

Naris Suwannasang, 60, said the blobs weighed 220lb – or 100kg – potentially making it one of the biggest-ever finds of whale vomit.

Thailand appears to be good place to spot the valuable produce with a beachcomber finding a piece thought to be worth £500,000 in December 2019, and a fisherman hauling in £250,000 worth in October the same year.

According to the Irish Times, in Ireland, a rare 25g piece of Irish ambergris commands the high price of £539 on the global marketplace Etsy.

Can I sell ambergris?

The answer is both yes and no.

All whale and dolphin species are protected in the UK under the Wildlife and Countryside Act 1981.

International trading of whale products is banned in the UK and the EU.

However, it is legal to salvage a lump of ambergris from a beach and sell it as it is regarded as excretion like urine or faeces.

The situation is different in Australia and the United States where the products from endangered animals are prohibited.

According to whales.org, ambergris is considered a bit of a "grey area" in the US and thus it is legal to salvage the product if it does not harm the animal.