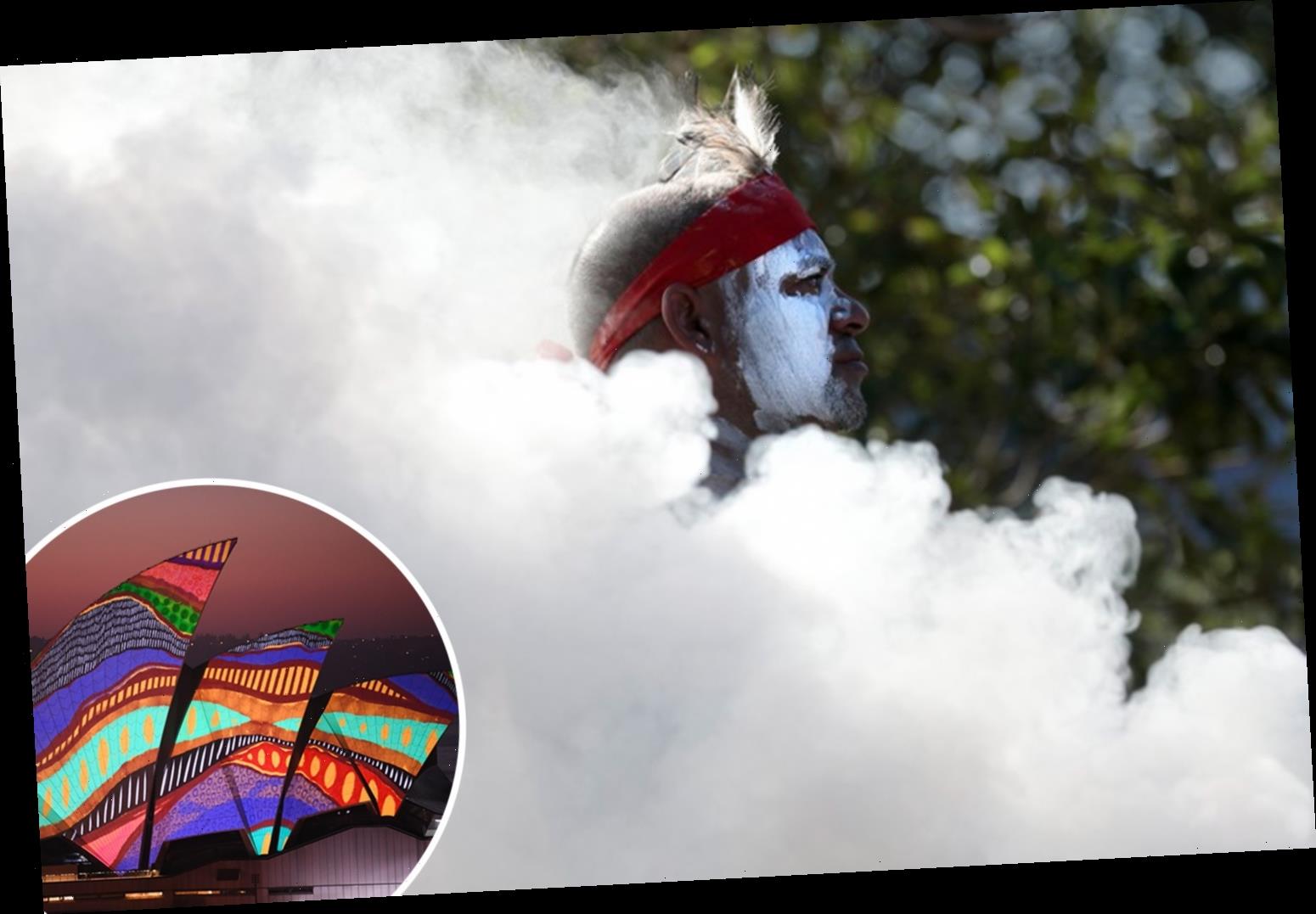 There were celebrations, however, for the 12,000 new citizens welcomed Downunder. 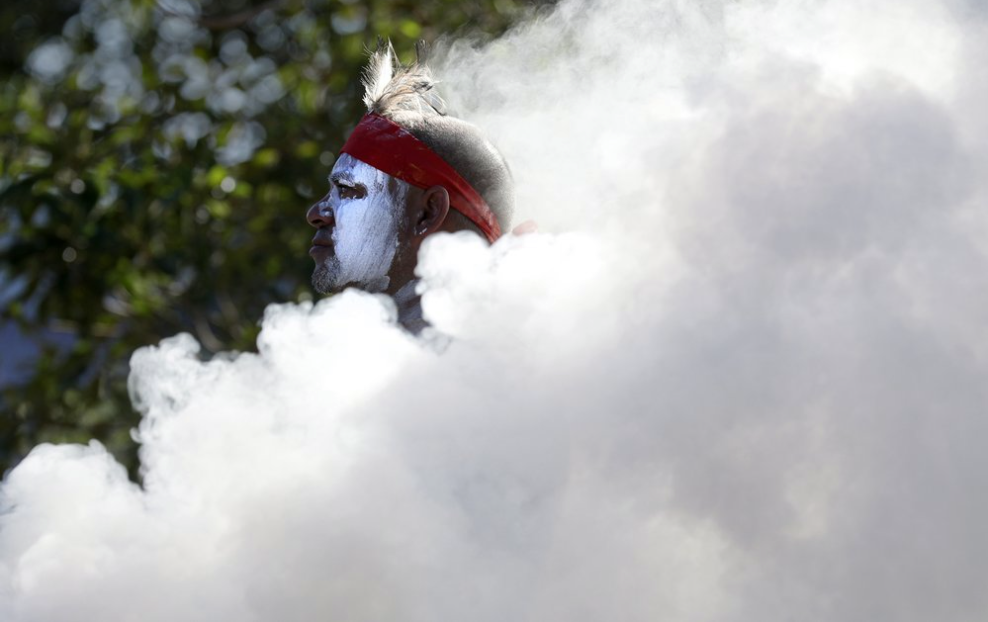 What is Australia Day?

Australia Day, January 26, is the biggest day of celebration in the country and is observed as an annual public holiday across all states and territories.

People generally come together as a nation to celebrate what's great about Australia and being Australian.

The marking of January 26 is an important date in Australia’s history.

But, its commemoration has changed over time – as it started as a celebration for emancipated convicts.

That's because Australia Day was originally held to mark the anniversary of the arrival of the First Fleet of 11 convict ships, sent from Britain.

On this day, in 1788, commander Captain Arthur Phillip raised the Union Jack in Sydney Cove – to signal their arrival.

The date has long been a difficult symbol for many Aboriginal and Torres Strait Islander people who see it as a day of sorrow and mourning.

For many it's a painful reminder of death, introduced diseases and an almost eradicated culture.

So January 26 has been evolving into what is now a celebration of Australia that reflects the nation’s diverse people. 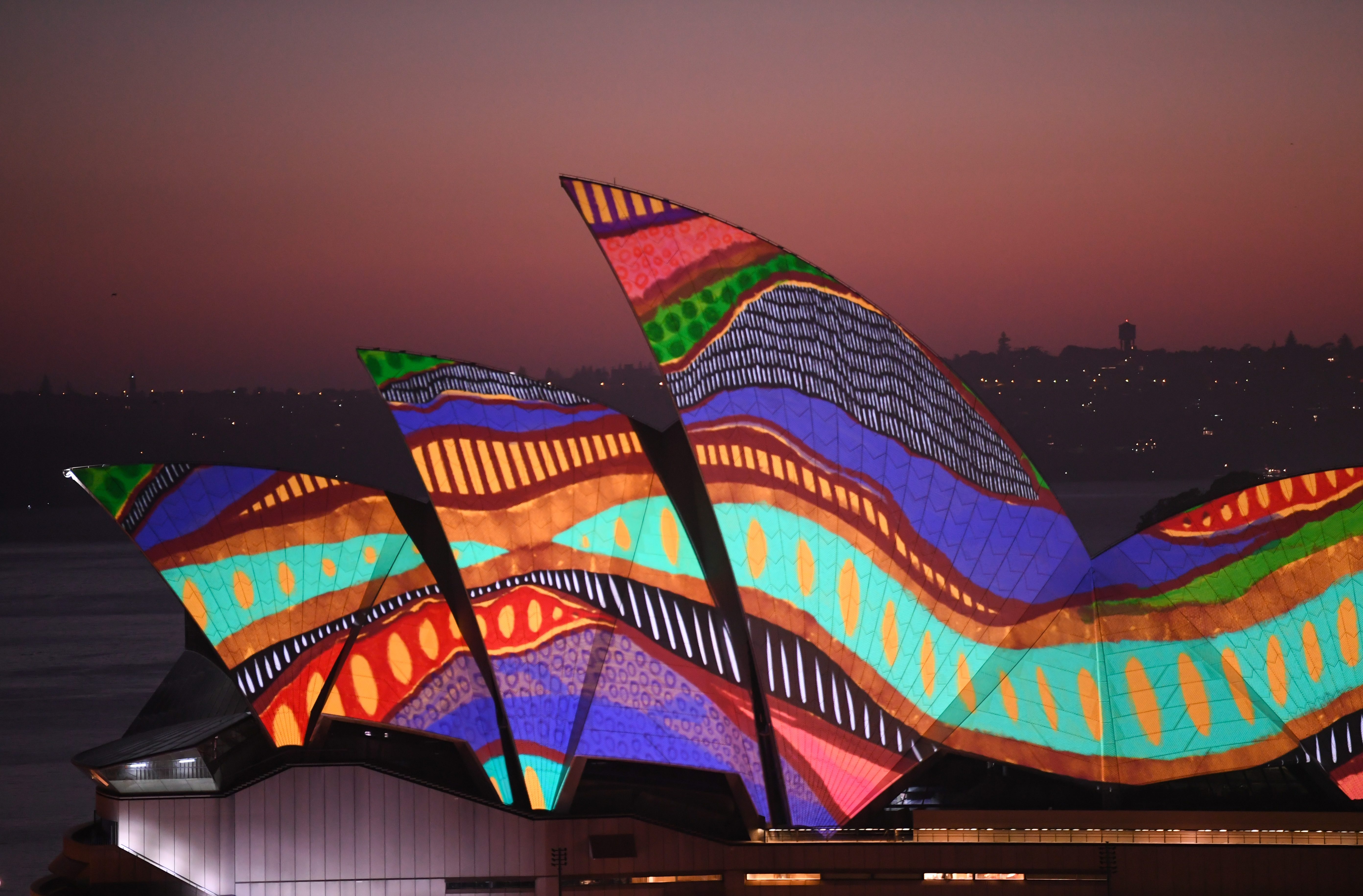 Yvonne Weldon, chairperson of the Metropolitan Local Aboriginal Land Council, urged Australia to own its past, reports ABC News.

Ms Weldon called for unity "regardless of what date or day you call it.

"We need to heal and we can only do this together."

In the capital, Canberra, Australian Prime Minister Scott Morrison attended a flag-raising and citizenship ceremony and told those gathered that January 26 had changed the country forever.

“There is no escaping or cancelling that fact. For better and worse, it was the moment where the journey to our modern Australia began.

"And it is this continuing Australian journey that we recognise today.

"Our stories since that day have been of sorrow and of joy, of loss and redemption, of failure and of success," he added. 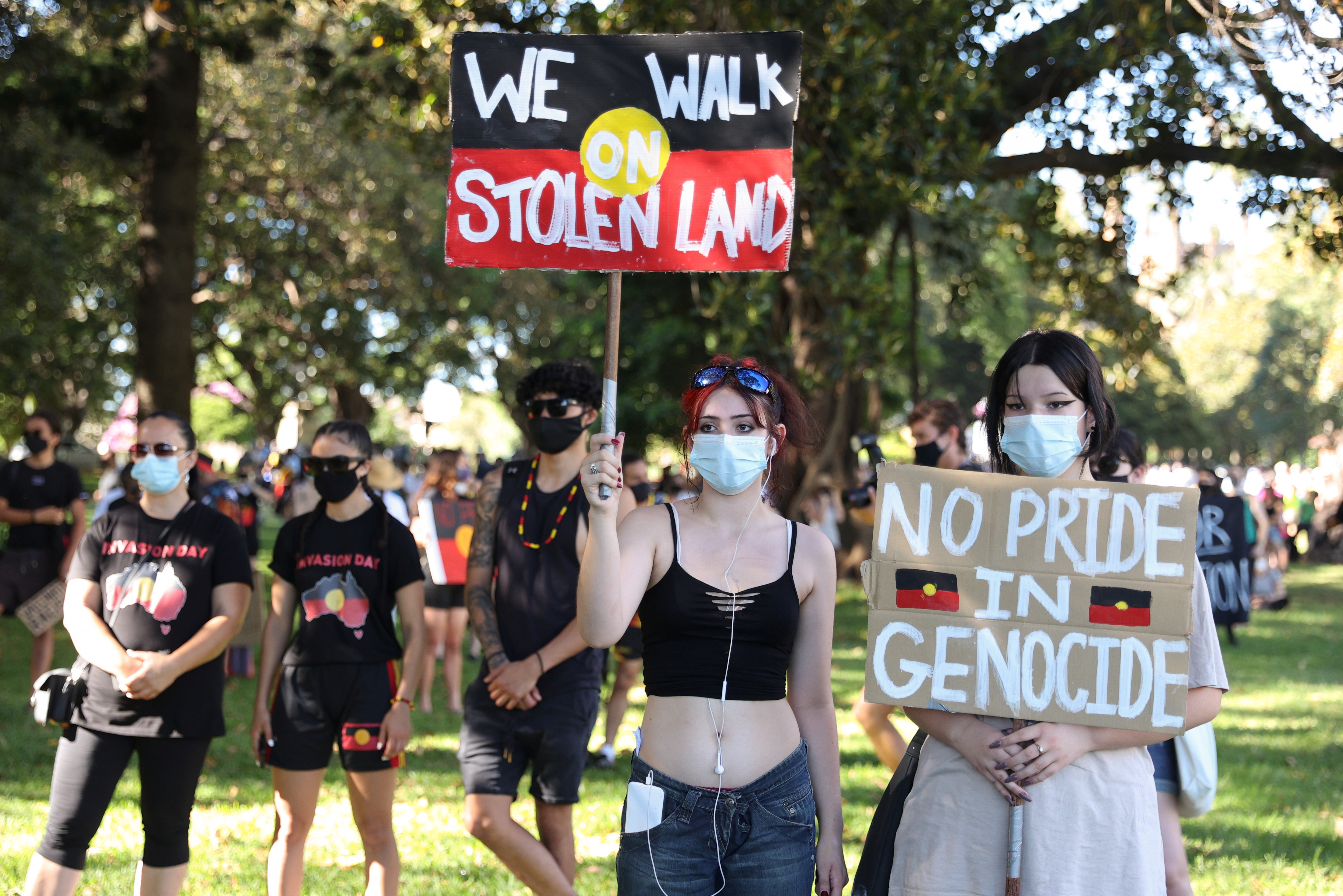 People were arrested in Sydney on January 26, 2021, in largely peaceful Australia Day protests as thousands rallied across the nation against the mistreatment of the Indigenous people.

The January 26 public holiday marks the date the British fleet sailed into Sydney Harbour in 1788 to start a penal colony, viewing the land as unoccupied despite encountering settlements.

But for many Indigenous Australians, who trace their lineage on the continent back 60,000 years, it is “Invasion Day”.

And author A.K.Macdougall explains: "It was the only colony where the Aboriginal people – the Myalls – strongly resisted white incursion, and Aborigines were killed on a scale that amounts to genocide.

"By 1865, a… visitor was protesting against the 'wholesale, indiscriminate, cold-blooded cruelty on the part of whites."

In one example, 500 people were slaughtered from one tribe alone, in retribution for the massacre of 19 white settlers. 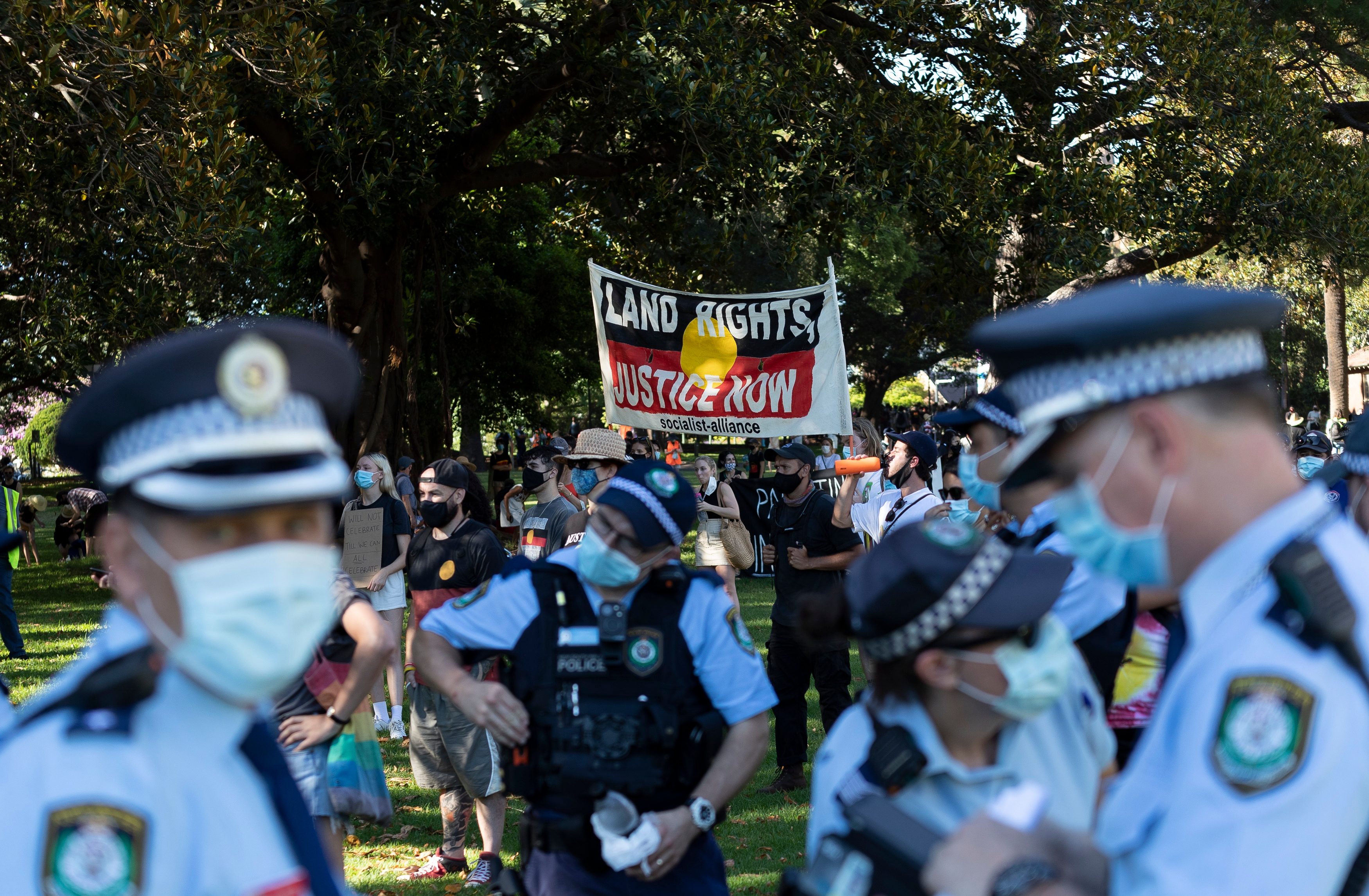 Chants of “Black Lives Matter” and “always was, always will be Aboriginal land” rang out during the 2021 protests.

“Until they abolish Australia Day then maybe Invasion Day will be a bit quieter,” said Lizzie Jarrett, an Indigenous Australian protest organiser in Sydney.

“At this moment, until this nation celebrates genocide, we will not be silent, we will not stop and we will keep coming.”

Most official events involved formal recognition of the loss and destruction of Indigenous culture and history of dispossession, with speeches by Indigenous elders, smoking ceremonies, welcome to country ceremonies, and traditional dancing.

Aboriginal flags flew from landmark buildings, including Sydney’s Harbour Bridge, while the Opera House was lit up with Indigenous art.

A recent Ipsos poll for The Age and The Sydney Morning Herald newspapers showed that 28 per people of respondents favoured changing the date of the Australia Day holiday, while nearly 50 per cent opposed. 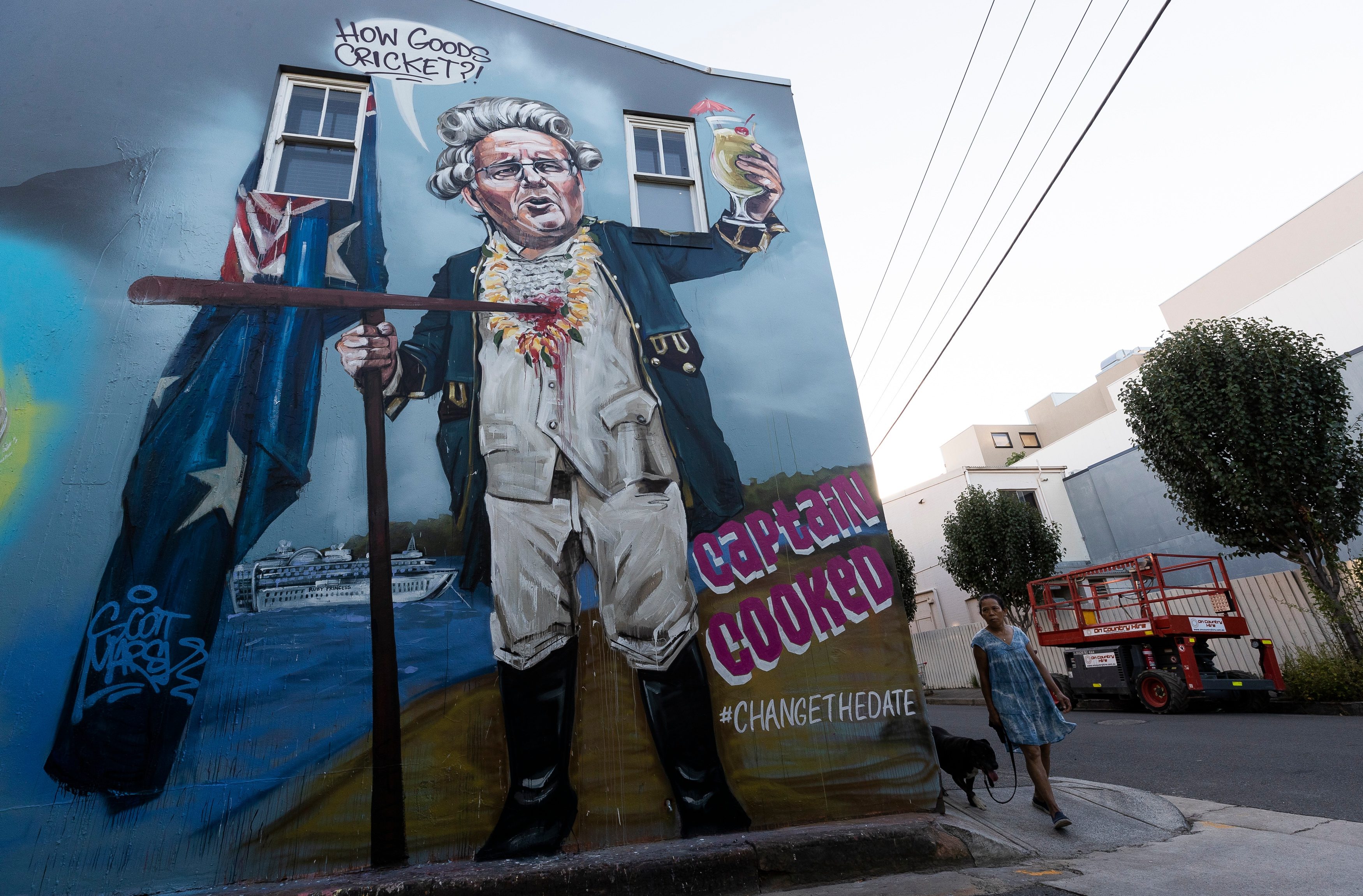 Indigenous people have been living on the continent for more than 60,000 years – well before Australia received its first European voyagers.

Among these sailors was Captain James Cook.

According to a survey by The Conversation, "many people said they learnt Cook 'discovered' Australia – especially if they were at school before the 1990s".

In 1770, it is claimed that Captain Cook "discovered" the south east coast of Australia, when he landed in Botany Bay.

On August 22, 1770, he claimed the whole of the east coast of Australia at Possession Island and named eastern Australia New South Wales.

But, writes ABC News, "the idea that Cook discovered Australia has long been debunked".

"And of course other Europeans had encountered, charted, visited parts of Australia." 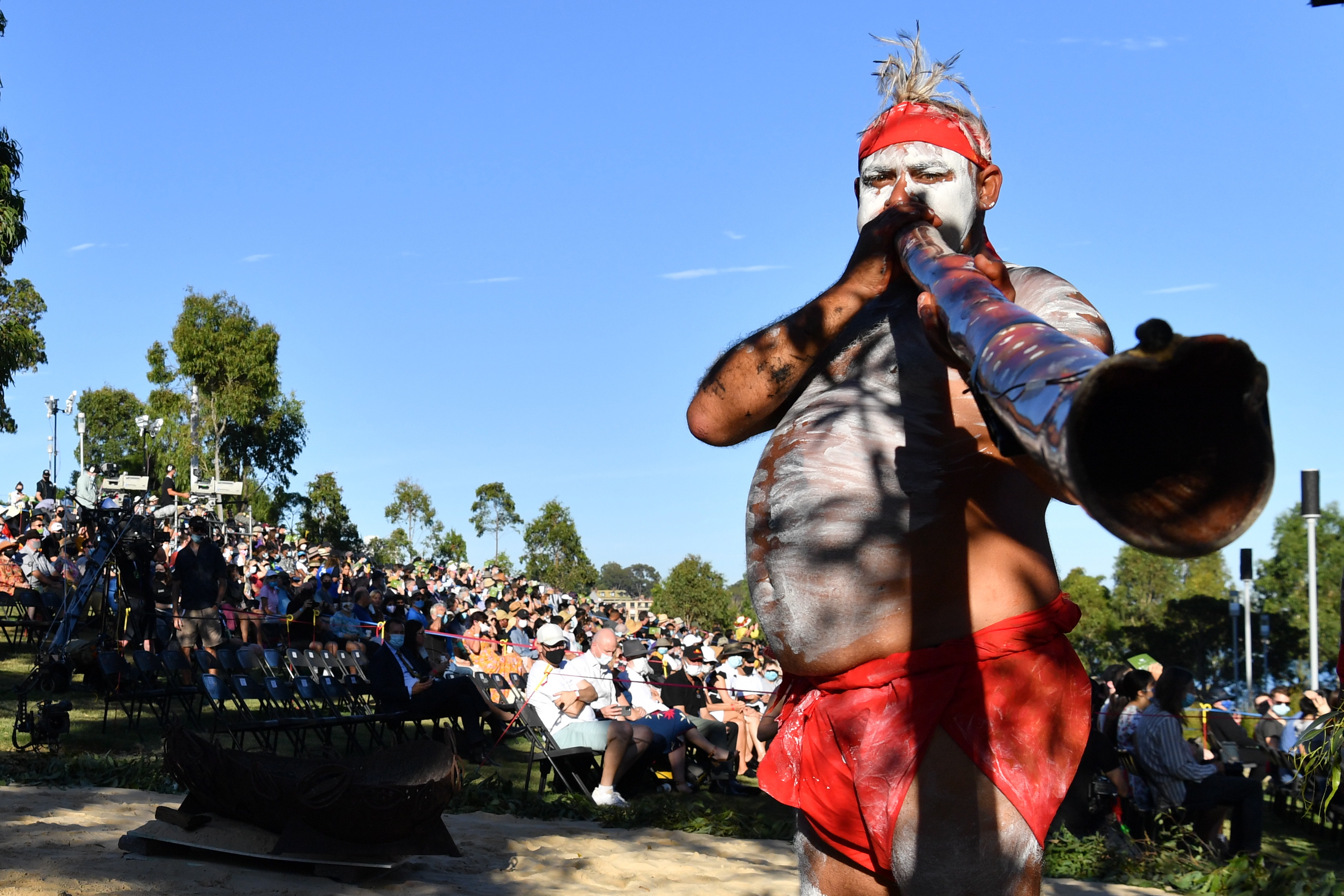 Dutch navigator Willem Janszoon was the first European recorded to have set foot in Australia prior to Cook, back in 1606.

Plus, his was the first of 29 Dutch voyages to Australia in the 17th century, says ABC.

The continent was thus at one stage dubbed 'New Holland'.

"Cook wasn't even the first Englishman to arrive here — William Dampier set foot on the peninsula that now bears his name, north of Broome, in 1688," the broadcaster adds.

Britain decided to use the land as a prison colony, and treated it as a dumping place to send its convicts.

Free immigrants began to arrive in the 1790s.

Tens of thousands of Indigenous people were killed during the colonisation of Australia – due to disease, starvation and massacres. 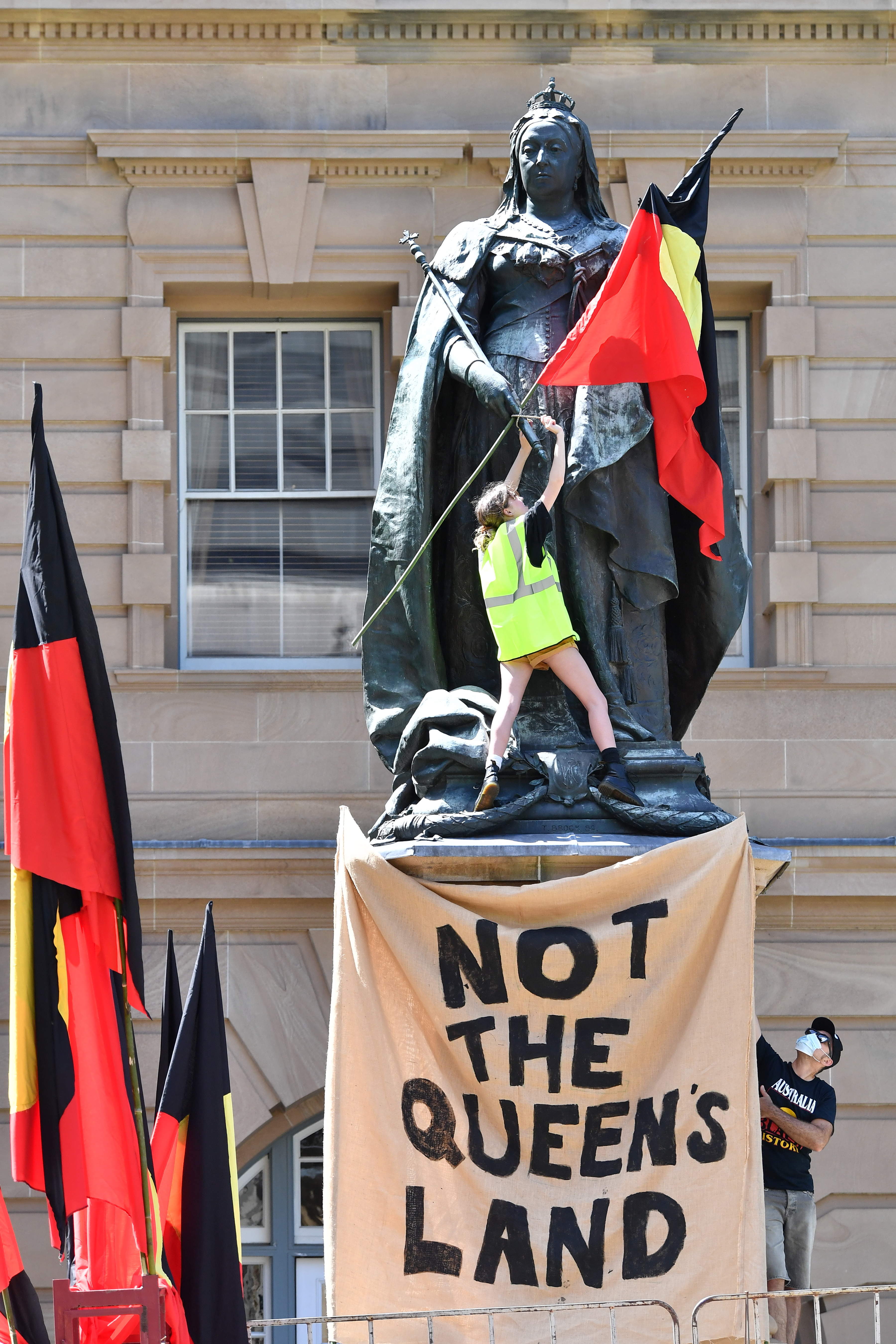 How is Australia Day celebrated?

Australia Day has evolved and today people tend to celebrate the diverse society of Australia, its national history and community.

Those who celebrate the day tend to enjoy barbecues and drink beers as they party – and some say that having cricket on in the background is "mandatory".

Citizenship ceremonies were also held across the country on January 26, 2021, with more than 12,000 people from over 130 nations becoming Australian citizens.

One Brit expat, Anne Vickerstaff, who lives in Darwin, said that after living Downunder for 25 years, “I feel like I belong here now after so many years… I'm actually an Australian".