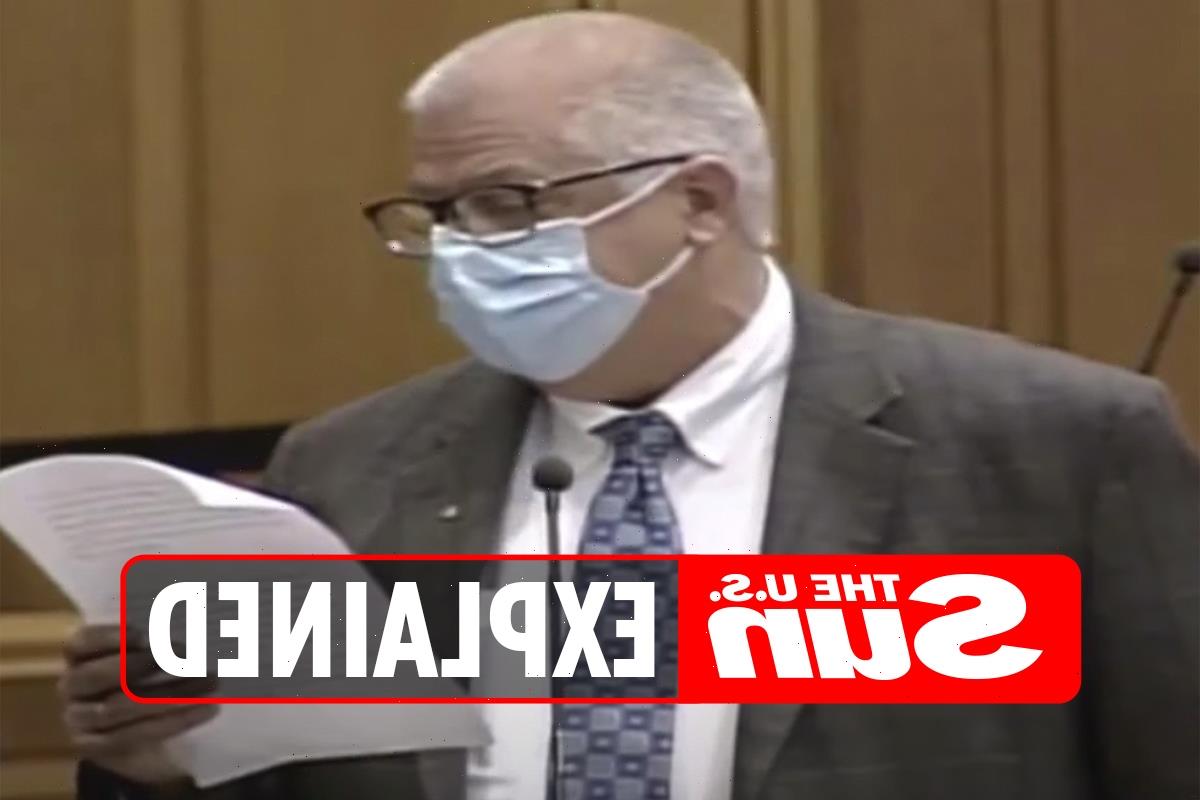 DEMOCRATIC and Republican lawmakers in Oregon took the extraordinary step to boot Representative Mike Nearman from the state House on June 10, 2021.

The vote was 59-1 – with Nearman providing the only vote in his favor.

Who is Mike Nearman and why was he expelled from the Oregon House of Representatives?

Republican Mike Nearman was expelled from the Oregon House of Representatives for letting violent, far-right protesters into the state Capitol in Salem on December 21.

It was the first time a member has been expelled by the Oregon House in its 160-year history.

“The facts are clear that Mr Nearman unapologetically coordinated and planned a breach of the Oregon State Capitol,” said House Speaker Tina Kotek, a Democrat, after the vote.

“His actions were blatant and deliberate, and he has shown no remorse for jeopardizing the safety of every person in the Capitol that day.” 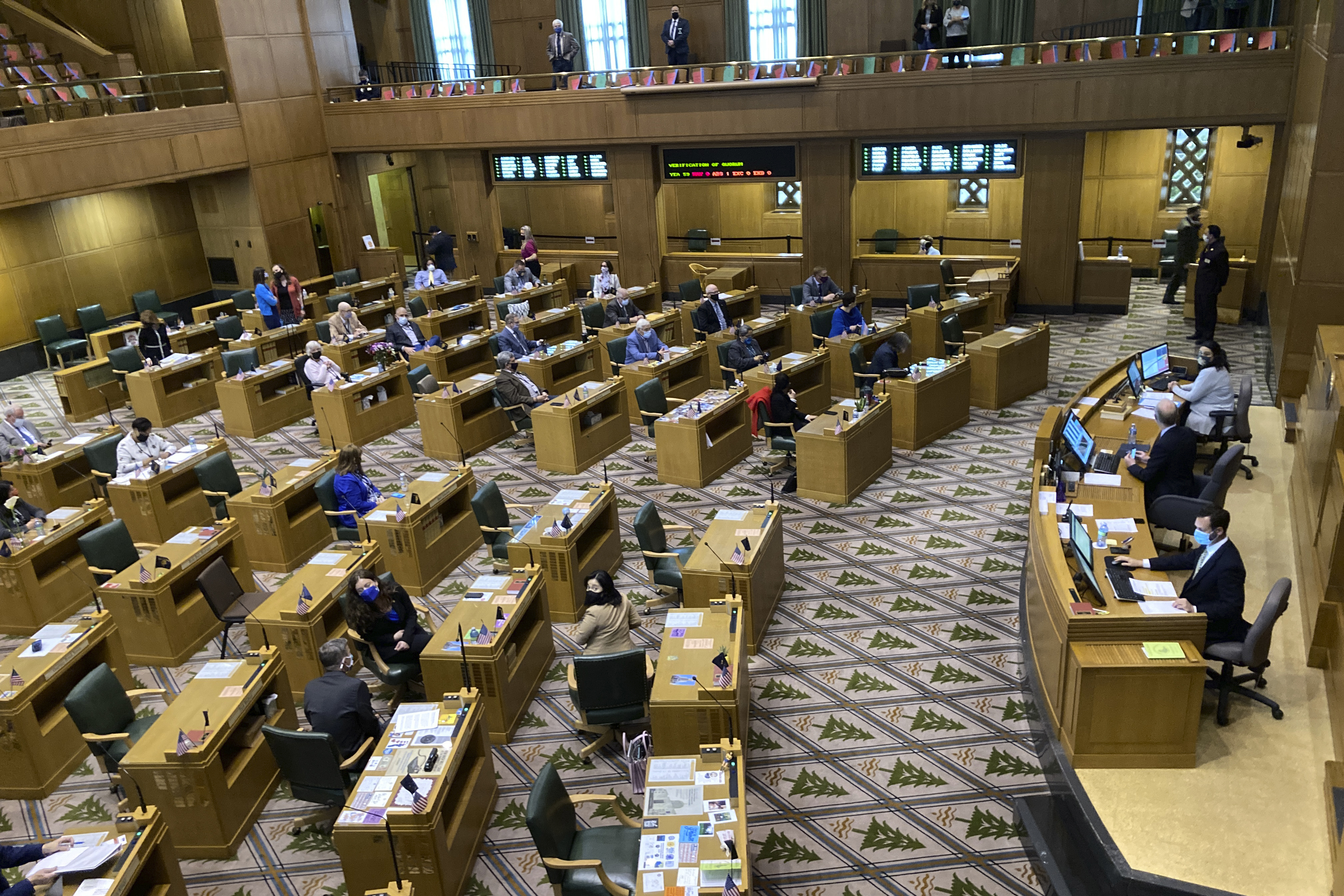 The disturbing events in Salem took place just a few weeks before supporters of Donald Trump stormed the US Capitol on January 6, leaving at least five people dead.

“On the morning of Dec. 21st, a couple hundred protesters – some of them heavily armed and wearing body armor – arrived at the Capitol for a protest, with the intent to illegally enter and presumably occupy the building and interrupt the proceedings of the Oregon Legislature,” said Representative Paul Holvey, also a Democrat.

“Staff and legislators were terrified. We can only speculate what would have happened if they were able to get all the way in.”

Nearman said he let the protesters in because he believes the state Capitol, which has been closed to the public due to the ongoing coronavirus pandemic, should have been open. 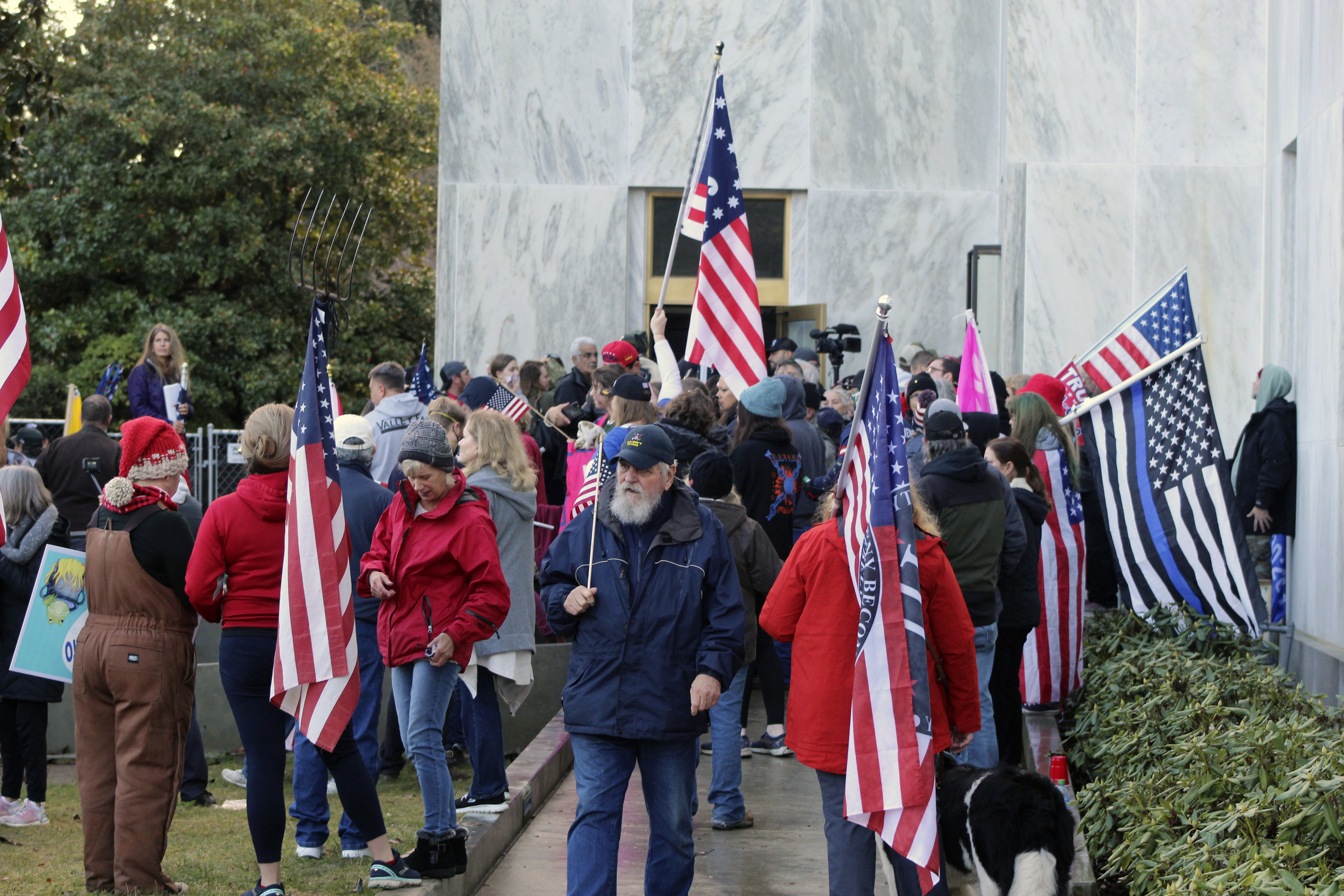 Some held banners for Trump and there was a sign calling for the arrest of Democratic Governor Kate Brown.

Nearman was seen on security video opening a door to protesters as lawmakers met in emergency session.

Protesters barged into the building and got into shoving matches with police.

“It’s impossible to overstate the seriousness of the reason we are here today,” Holvey said during the June 10 hearing.

“Rep Nearman enabled armed, violent protesters to enter the Capitol, breaching the security of the Capitol, which was officially closed to the public, and also endangered the authorized staff and legislators inside the building.”