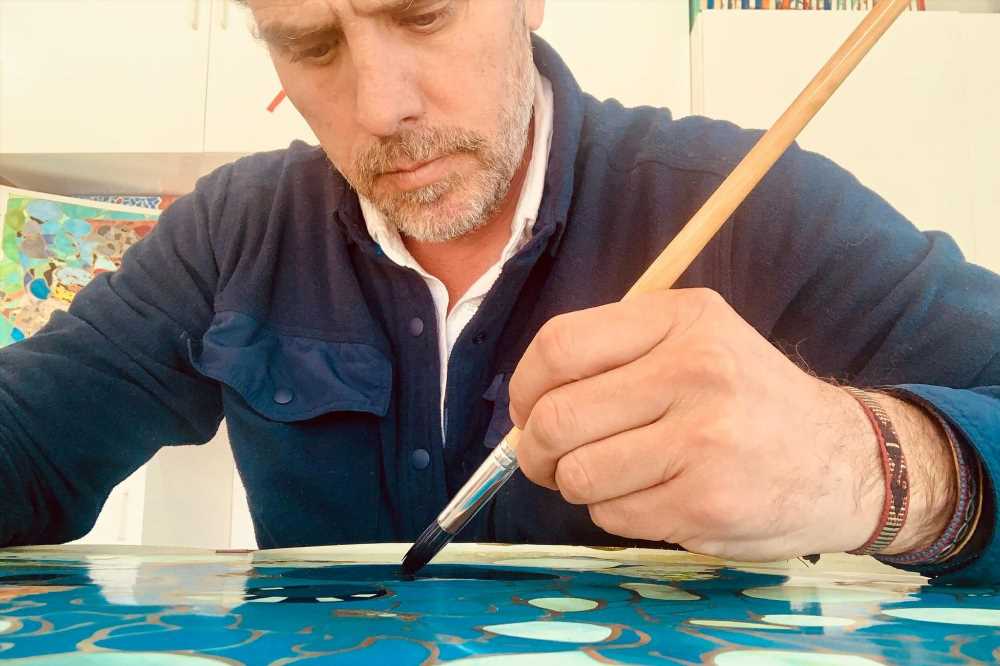 Patti LaBelle is always ready to cook on the go

White House press secretary Jen Psaki was grilled in her daily briefing Thursday on the sale of first son Hunter Biden’s paintings after the art gallery said he would be meeting in person with potential buyers, raising ethical questions about possible influence-peddling.

The arrangement conflicts with a promise from the White House that the buyers of Hunter Biden’s artwork would remain anonymous and that the gallery owner would not inform President Biden’s son who purchased the paintings — pieces that could fetch up to $500,000 each.

But CBS News reported that a spokeswoman for Georges Berges Gallery said Hunter Biden is expected to attend a private event in Los Angeles and at a larger show in New York where he will mix with prospective buyers.

“He’s looking forward to it. It is like someone debuting in the world. And of course he will be there,” Robin Davis said.

Psaki insisted that’s not the case and cited the agreement the White House has with the gallery that the buyers would remain anonymous.

“He’s not going to have any conversations related to the selling of art. That will be left to the gallerist, as was outlined in the agreement that we announced just a few weeks ago,” Psaki said.

“So he’s not going to discuss anything related to the selling of art, and I would reiterate that the gallerist will be the only person who knows transactions or conversations and will reject any offer that is out of the ordinary,” she added.

But reporters pressed her on whether the names of the buyers would be released and how much they paid for the paintings would be more transparent.

​Psaki was asked what would happen if the buyers post on social media about purchasing one of his paintings.​

“Again, I think we have set up a system which we feel is appropriate​,​ has appropriate safeguards,” Psaki said.

​”​We believe that Hunter Biden​,​ just like any child of a president​,​ should be able to pursue their professions and their passions​,​ and any selling of the art would be through the gallerist,​” she said.

But reporters persisted, quizzing Psaki on the White House’s vow that Hunter Biden would not discuss matters related to the selling of his art and asked if the deal with the gallery was in writing.

“I’m making that clear to all of you now that that is an agreement that has been made as a part of this​ -​- as a part of these events​,” she said. “​I think it’s pretty clear what the agreement is​. So I’m not sure it’s more complicated than that​,​ but I will see if there’s more to provide.​”​

The sale of artwork by Hunter Biden, who has no formal artistic training, has been highly criticized because it would open the door to the possibility that people purchasing the artwork could be doing so to gain influence with the president.

When the art sale was first announced by the White House earlier this month, Walter Shaub, the ethics director in the Obama administration, criticized the arrangement.

“Imagine you’re the White House official who came up with the idea to outsource government ethics management to an art dealer, and you suddenly realize Russian oligarchs like art too​,” he wrote on Twitter. ​