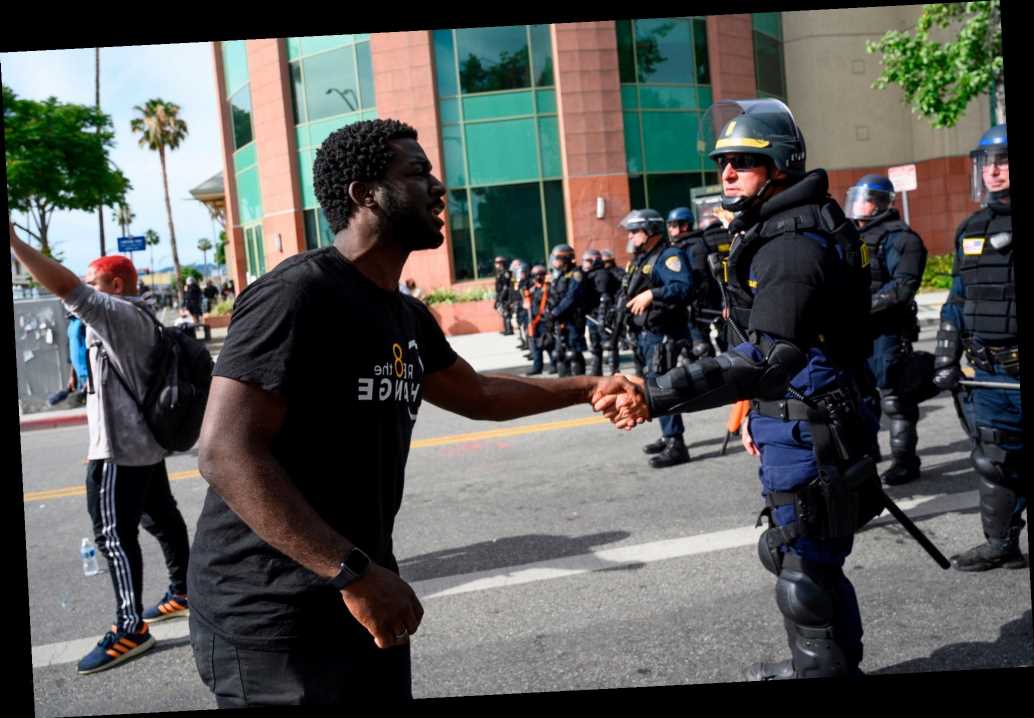 Back in 2009, when I was walking home from high school in Yonkers, I was robbed by a group of black and Latino guys. I didn’t call the police because that would be considered “snitching.” I learned something that a majority of black and Latino men already knew. I had to be street smart.

But, as I have gotten older, I have come to know more men and women of color who are police officers. I wouldn’t think twice before reporting a crime to the police. Especially if I knew I was saving somebody’s life.

So I’m amazed that one third of my fellow young Americans (33 percent), aged 18-34, support abolishing the police — more than any other age group. According to a new poll, 64 percent of college students agreed that this year’s anti-police “rioting and looting is justified to some degree.”

Ironically, these destructive actions hurt the very people they are attempting to protect. In Minneapolis, where George Floyd was killed, inner-city black residents are now suing their municipal government over increases in crime due to a severely diminished police presence. Widespread riots across America in the summer, costing an estimated $2 billion in damage, disproportionately impacted minority residents.

In the aftermath of last month’s viral police killing of Walter Wallace Jr. in Philadelphia, over 30 businesses have been looted and destroyed across the city. Jameelah Scurry, a black female entrepreneur, was left in shock when her boutique store was destroyed by looters and rioters.

At the heart of social media activism, protests, and riotous demonstrations is the myth that there is an epidemic of racist police violence in America. The most common line of reasoning to support this argument is that “African Americans are over 30 percent of victims in police killings but less than 13 percent of the US population.”

But using population levels is the wrong benchmark to assess police behavior. Rather, police shootings are a function of how often officers encounter armed and violent suspects. Though black Americans make up just over a tenth of the population, they commit more than 50 percent of the murders and are six times more likely to get murdered than whites. Given this distribution of crime, cops disproportionately encounter black suspects, which in turn increases the probability that any given encounter will get out of hand.

Another widely shared stat is that “black Americans are more than three times as likely to be killed by police as whites.” But once again, this doesn’t tell the complete picture. When the disproportionately high black homicide rates are factored in, whites are found to be actually three times more likely to be fatally shot by police than blacks. Moreover, study after study from renowned scholars at Harvard to University of Chicago find no racial bias in deadly police shootings. As (left-leaning) renowned University of Chicago economist Sendhil Mullainathan writes about his research, “eliminating the biases of all police officers would do little to materially reduce the total number of African-American killings.”

In the NYPD, 15 percent of officers are black, and more than half are members of a minority group. Contrary to media narratives about systemic police racism, black Americans are the most overrepresented group in law enforcement (they make up 15.5 percent of law enforcement members but 12.3 percent of the population).

Many young black people like me support the cops. Andrea “Drea” Marshall, a 24-year-old young black woman in Decatur, Ga., told me, “The absence of police would be the absence of order.” She added that we “need someone to hold us accountable for our wrongs [and] to catch the actual bad guys.”

Alajah Whitehead, a 24-year-old black woman from Yonkers, isn’t just for keeping the law around — she wants to see them more often. “I don’t suggest getting rid of the police,” she said. “I feel as if there should be a bigger police presence at community events.” She went on to say that there should be more activities where police officers and firefighters meet the youth in the communities that they serve.

While black people absolutely deserve justice, we also deserve peace. We can’t achieve the latter if we defund the police, or if police officers keep retiring en masse because we as a society failed to support them.

Dennis Richmond Jr. is the founder and director of the NYNJ HBCU Initiative. Criminology student Rav Arora contributed additional research and writing to this essay.