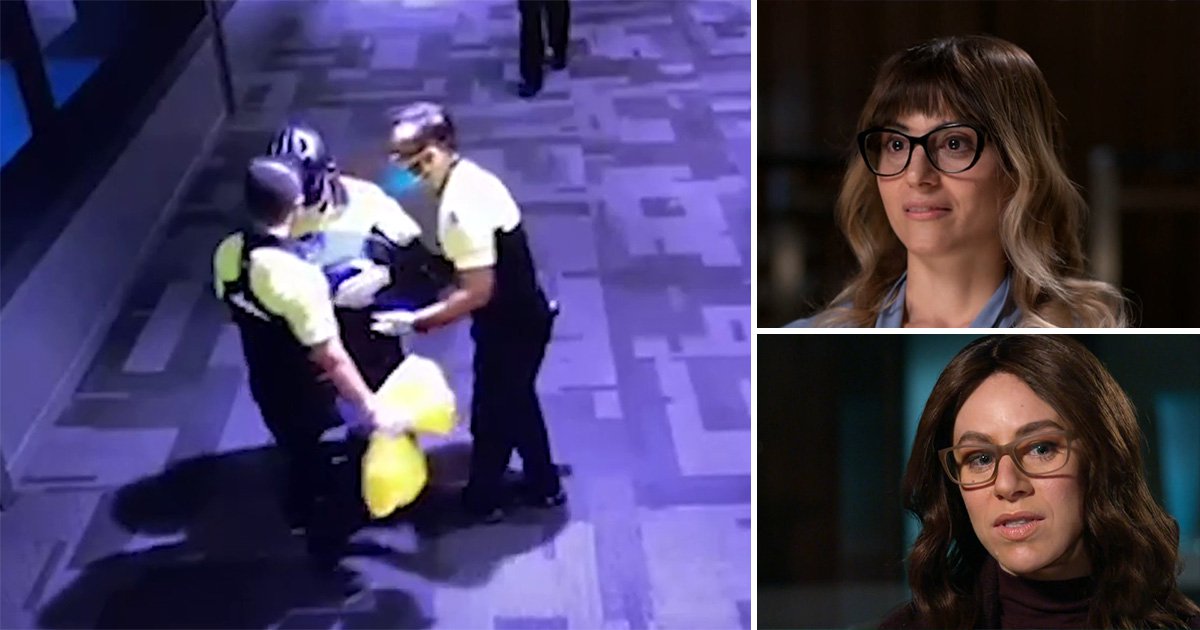 A group of 13 Australian women claim they were forcibly strip-searched after a baby was abandoned at Doha airport last year.

They were ordered off their Qatar Airways flight as authorities claimed to be hunting for the mother of the newborn who was found in an airport bin.

All 13 women said they had their underwear stripped off before enduring invasive gynaecological exams, calling it a ‘humiliating and traumatising’ human rights breach.

One woman, named Anna, told CBS’s 60 Minutes: ‘I feared we were going to be raped and that my child was going to be taken and that we would never see family again. It was the scariest moment of my life.’

Once inside the ambulance, she said a nurse offered nothing but a brief explanation before ordering them to lie down.

‘She grabbed under my pants and my underwear and she stripped them,’ Anna said.

Another passenger, Sophie, said the experience left her with severe trauma, saying she notified Australian police as soon as she landed.

‘We were led into these ambulances with no choice, but we have a choice now and we are going to take action,’ she said.

Lawyer Damian Sturzaker, from law firm Marque, said: ‘The incident was in breach of many international covenants and obviously in breach of human rights.

‘One can see it was a massive overreaction to the circumstances the airport authorities found themselves in. One certainly can’t ever imagine that happening at Mascot or Tullamarine (airports in Australia).

‘We want a reasonable outcome and for positive steps to be taken guarantee the safety of women and more generally people, in general, traveling through Doha.’

The women are now taking legal action over what they believe was a human rights violation.

After the incident sparked global outrage, Qatar’s Prime Minister tweeted an apology, saying: ‘We regret the unacceptable treatment of the female passengers… What took place does not reflect Qatar’s laws or values.’

A criminal prosecution was launched by the Gulf state, leading to a suspended jail term for an airport official.