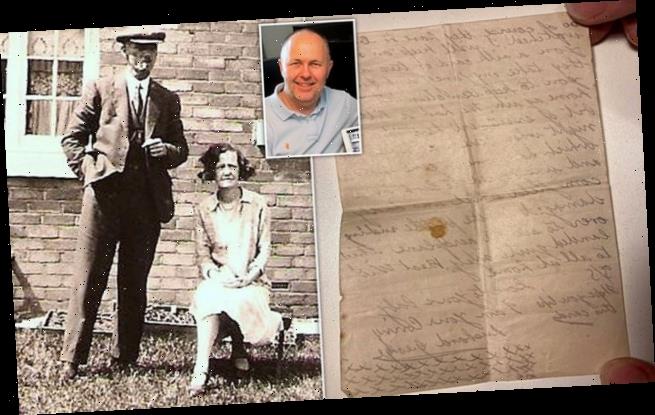 A relative of a World War One soldier has spoken of his delight at the discovery of lost love letters the soldier sent home to his wife before he was killed in the Battle of the Somme.

The letters, found in a donated sewing box at a charity shop in Fulwell, Sunderland, were addressed to a Mrs Mary Fortune from her husband George Ernest, who served in the Durham Light Infantry.

Mr Ernest was then killed on the Somme between July and November 1916, the bloodiest battle fought on the Western Front which resulted in 420,000 British casualties including 125,000 deaths.

A section of one letter reads: ‘We had a little bit of excitement here the other night when there was an aeroplane which had some engine trouble and was forced to land in a corn field which was badly damaged by the people rushing over to see the aeroplane which landed quite safely.

‘Best wishes to all at home. Love to you + baby I am your loving husband George xxxx. PS I hope you like the card.’

David Bambrough, 53, came forward after the Sue Ryder shop put out a call for help to reunite the collection of letters with descendants of their recipient. 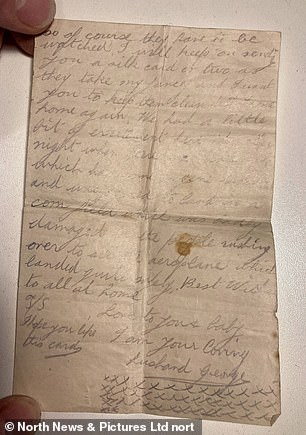 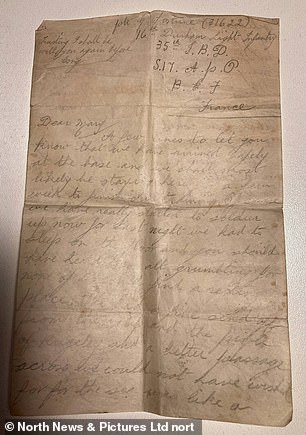 The letters, found in a charity shop in Fulwell, Sunderland, were addressed to a Mrs Mary Fortune from her husband George Ernest, who served in the Durham Light Infantry 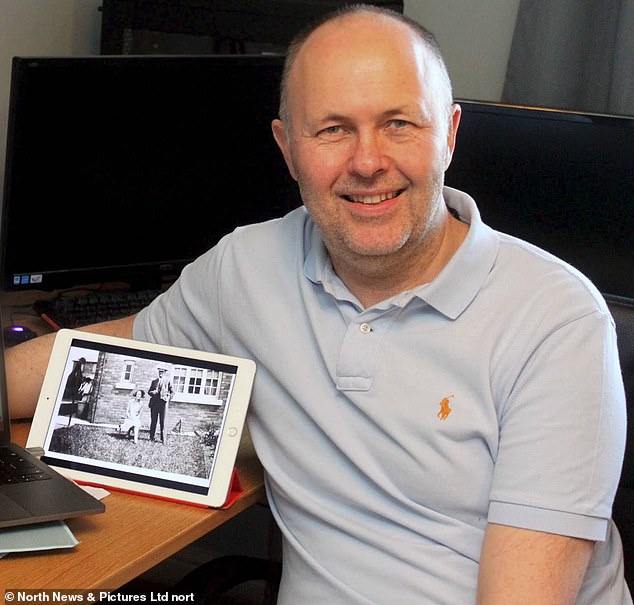 David Bambrough, 53, came forward after a charity shop put out a call for help to reunite a collection of letters with descendants of their recipient

Mr Bambrough, an engineer at Nissan, said: ‘My mother, Val, has done a lot of research on our family, through an ancestry website.

‘When I got an email from people on the ancestry website telling me about an article, I thought it was a scam at first, but I went online and found it on the Northern Echo website and saw it was true.

‘Mary Fortune (nee Bambrough) was my great-grandfather’s sister. She had a daughter called Marjorie, who is referred to in the letter as the baby. She wasn’t even a year old when her dad died.

‘Marjorie was looked after by neighbour’s later in her life and when she died in 2003, they disposed of all her possessions.

‘My great-aunt Marjorie was really disappointed to hear her personal things were gone.’ 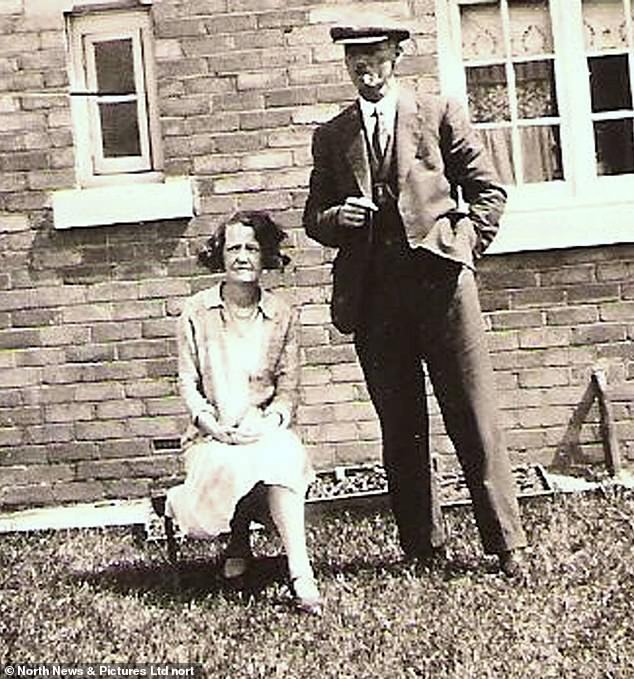 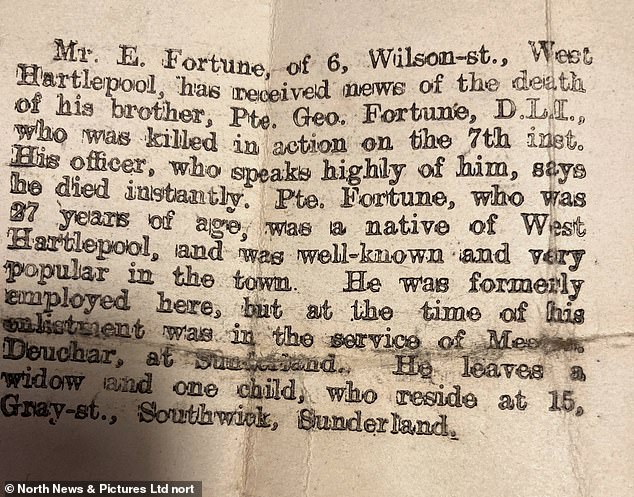 He added: ‘Learning of these letters is quite emotional. Two of Mary’s brothers were killed within a day of each other in the previous year.

‘Edward Watson Bambrough died at Ypres on August 9, 1915 and Charles William Bambrough died on August 10, 1915 at Gallipoli. And then for her husband to be killed in action on the Somme on October 7, 1916.’

Mr Bambrough said he had been in contact with Sue Ryder and was told he could get the letters after lockdown.

He said: ‘We are delighted. This this will be an important addition to the family archive. We want to leave a family tree for future generations and populate it with as much material as we can.’

Battle of the Somme: One of the deadliest fights in history

Lasting 141 days, the Battle of the Somme was the bloodiest battle of the First World War.

It is estimated 24,000 Canadian and 23,000 Australian servicemen also fell in the four-month fight.

The British and French joined forces to fight the Germans on a 15-mile-long front, with more than a million-people killed or injured on both sides.

The Battle started on the July 1, 1916, and lasted until November 19, 1916. The British managed to advance seven-miles but failed to break the German defence.

On the first day alone, 19,240 British soldiers were killed after ‘going over the top’ and more than 38,000 were wounded.

But on the last day of the battle, the 51st Highland Division took Beaumont Hamel and captured 7,000 German prisoners.

The plan was for a ‘Big Push’ to relieve the French forces, who were besieged further south at Verdun, and break through German lines.

Although it did take pressure off Verdun it failed to provide a breakthrough and the war dragged on for another two years.