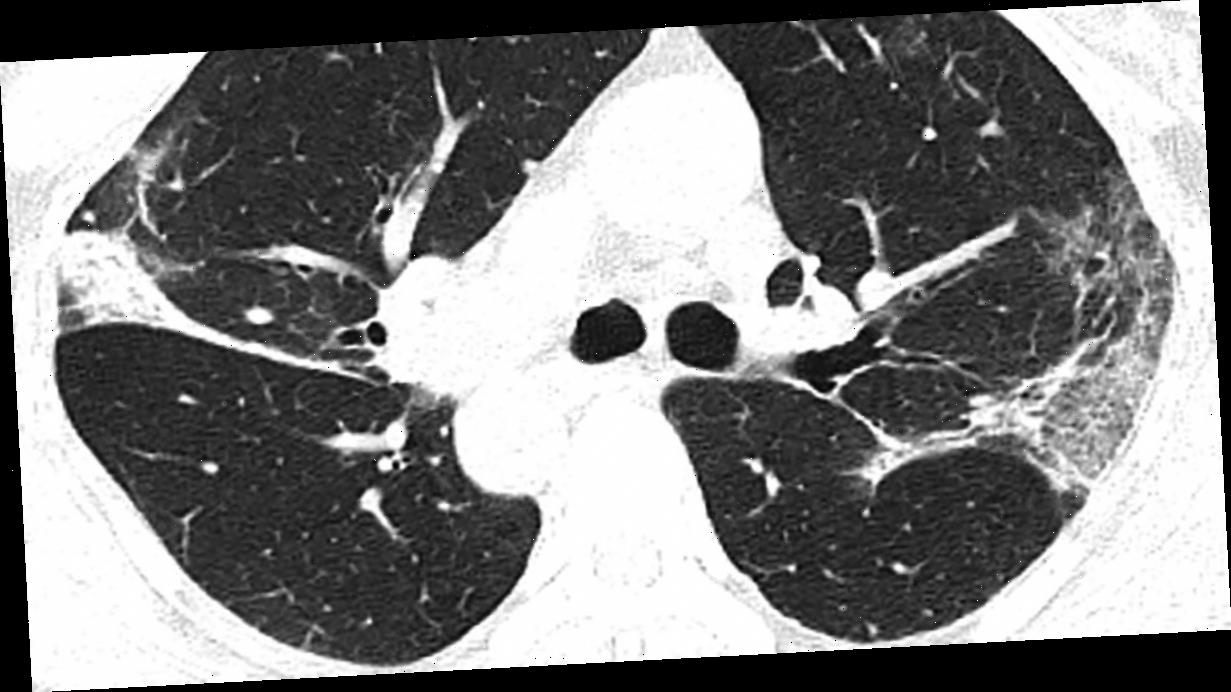 These x-ray images show the damage that coronavirus is doing to the lungs of people who catch the potentially deadly bug.

Doctors have been able to identify specific abnormalities caused by Covid-19 and the patterns are similar to those found in patients from the SARS and MERS outbreaks.

The scans show patches in the lungs and the experts' findings could lead to a quicker diagnosis and help to prevent infections.

The first British person to catch the flu-like illness had previously told how it hit him "like a train" and left him "suffocating" and in blinding pain for weeks.

Have you been diagnosed with coronavirus? Email webnews@mirror.co.uk to tell your story.

CT scans of a 54-year-old woman who tested positive after visiting Wuhan, China – the initial epicentre of the global outbreak – show white patches in her lungs.

The abnormalities are known as ground glass opacity, or fluid in the spaces in the lungs, and they were more pronounced in later scans.

The woman was admitted to hospital after having a fever for a week, a cough, fatigue and chest congestion.

She was diagnosed with severe Covid-19 pneumonia and treated with oxygen and antibiotics.

In another case, a 44-year-old man, who worked at the Wuhan seafood market where the virus was though to have been passed to humans, went to a hospital after suffering a high fever and cough for almost two weeks on December 25 last year.

The man was diagnosed with severe pneumonia and acute respiratory distress syndrome, but he died a week later.

A 45-year-old woman from Sichuan Province in China was diagnosed after returning from Japan and developing a fever, cough and chest pain.

There were extensive white patches in her chest scan and a "reversed halo sign" was observed in the left upper lobe, the medical journal Radiology reported.

A recent study of more than 1,000 patients, published in Radiology, found that chest CT scans were better than lab testing at diagnosing coronavirus at an early stage.

The researchers concluded that CT scans should be the primary screening method.

In the US, doctors at Mount Sinai Hospital in New York City were the first in America to analyse CT scans of Covid-19 sufferers.

The doctors said they identified specific patterns in the lungs of dozens of patients who were hospitalised in China at the height of the epidemic there.

The ground glass opacities, or patches, became more dense over time, and the patterns were similar to those found in patients who contracted SARS or MERS.

The doctors found "fully involved lung disease" in 25 patients who had scans between six and 12 days after they reported symptoms.

In the UK, six people have died after testing positive for coronavirus. All were aged over 60 and had underlying health conditions.

At least 382 people have been diagnosed with the virus in Britain.

The first Briton to die was a man who caught the bug on the quarantined Diamond Princess cruise ship in Japan.

On Wednesday, it was announced a 53-year-old woman, who had a number of health conditions, had died in Bali after she was diagnosed with Covid-19.

Connor Reed, 25, was the first British person to contract the illness. He caught it in Wuhan, where he works as an English teacher.

Mr Reed, originally from Llandudno, North Wales, has told how he feared he would die and he felt like he was "suffocating" and his lungs sounded like "a paper bag being crumpled up".

He was hospitalised and weeks later tested positive for coronavirus as the illness spread and was identified in China.

The UK's Department of Health says on its website: "Typical symptoms of coronavirus include fever and a cough that may progress to a severe pneumonia causing shortness of breath and breathing difficulties.

"Generally, coronavirus can cause more severe symptoms in people with weakened immune systems, older people, and those with long-term conditions like diabetes, cancer and chronic lung disease."